Grigory Klyushnikov, a programmer from St. Petersburg, VK app developer, and ITMO graduate, has created an app client that allows users to join the Clubhouse social media app using Android devices. ITMO.NEWS met with Grigory Klyushnikov to learn more about why he decided to develop his own app, how he managed to do it in one day, and whether he plans to monetize this project. 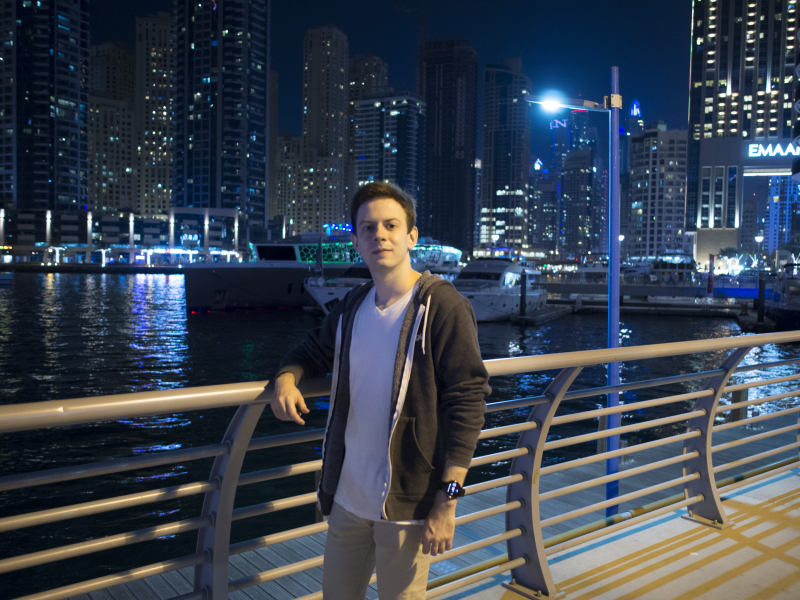 Your Clubhouse client became one of the most discussed topics on the web. Could you please tell us more about your app?

Just to be clear, it’s not an analog of the platform but an alternative client. Ten years ago there were such clients for ICQ, namely, QIP and Miranda. This app makes it possible for users to access the same Clubhouse services – just like the official app does – and interact with iPhone users.

What about the fact that users must receive an invite to join Clubhouse? Does it mean that they no longer need to have an iPhone to get in but an invite is still required?

Yes, of course. You have to be invited to become part of the new community. Moreover, only an iPhone user can add you to Clubhouse – my app has no such function.

Does your app use Russian or English? Is it possible to choose between language versions?

The app's default language is English but it can be translated into other languages.

Most likely, it’ll soon become popular not only in Russia but also around the world. Have you thought about monetizing your app?

This is a purely non-profit project; a temporary measure until Clubhouse releases the official app.

Well, there will be an official app, and this one will become obsolete. But those who already downloaded the app will still be able to use it unless Clubhouse will take measures.

By the way, the Clubhouse developers mentioned that they were planning to release the Android app but in the indefinite future. How do you think they will react to your app? Will it accelerate their work on their own client?

Honestly, I have no idea but I think they will be very surprised.

And what if they take measures before creating the official app? Will you reconfigure your client?

I don’t think so.

Not long ago, people used to make fun of those sending voice messages, and now we have TikTok and Clubhouse. Why do you think voice communication is gaining popularity?

Actually, the idea behind Clubhouse is not new. In 2007, there was Skypecast in Skype – it was essentially the same thing.

Why did you decide to develop this app?

Why? No reason. Just because I can :)

How long did it take to create the client? Did you face any obstacles along the way?

It took a day and a half. It wasn’t that hard.

Did someone help you? Or did you work alone?

It was just me.

You’ve already developed Android clients for Telegram and VK. As far as I know, you did it all by yourself, too. How do you manage to have a good handle on such projects, which sometimes require one or several teams to complete?

I don’t know. Probably, because I simply don’t like to overcomplicate things or try to predict the future, and I’m good at what I’m doing. While other developers are mastering new trends, I code just like in 2011.

What’s the difference? And if you turn to the approaches used in 2011, then why doesn’t everyone do the same?

They use other languages, as well as different approaches to the architecture of applications. The very presence of architecture... Why do people do this? Many do that because they are thinking “what if we will need  it tomorrow.”

So, they consider functions that may not be needed and thus complicate the whole process, right?

Is there any difference in writing programs for Android and iOS? Why do companies usually start with iOS? Or is it purely marketing?

I'm assuming that it’s because all founders and investors of such projects use iPhones. Why so? Because it’s more prestigious.

So, it has nothing to do with the fact that it’s easier to make an iOS app?

It used to be easier to make apps for iOS because of Android’s fragmentation – their devices have all kinds of features. However, this has become less of a problem now.

Do you prefer iPhone or Android, if I may ask?

I am an Android user because I prefer to have a good notification system and the option to install third-party applications.

You devote a lot of time to self-education. But do you think programmers need specialized education?

I don’t think that it’s crucial to have a formal education, during which you have to learn everything that might potentially come in handy in the future. Studying makes sense if you get to solve real-life problems and conduct experiments. It’s much more productive this way. But for the most part, programmers need self-education. You often have to figure out everything yourself in order to solve a specific task.