Alexander Kudinov, a student at the Faculty of Infocommunication Technologies, together with other ITMO students, has developed Switchat that helps unite chats from various messengers in one app. In this interview, Alexander shared what messengers are supported, how to separate work messages from personal ones, and how Switchat differs from analogs. 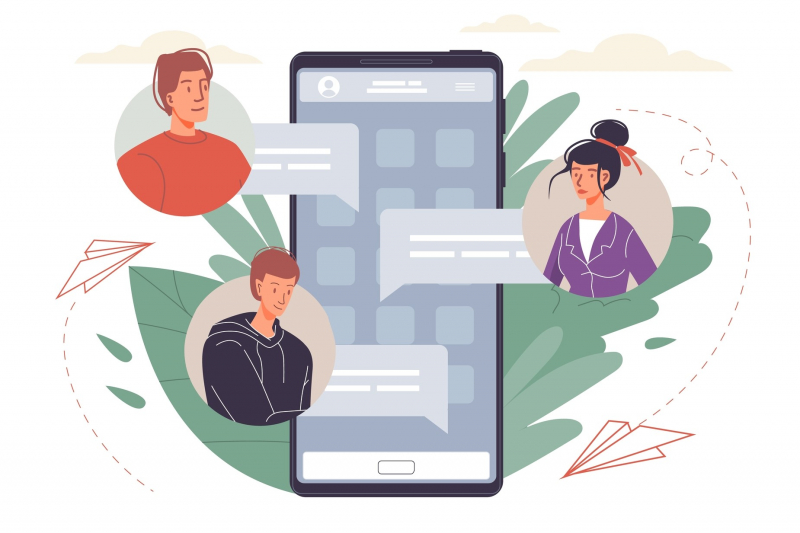 How did you come up with the idea?

I came up with this idea in winter when I used an old phone that didn’t have enough storage space for all the messengers. And I decided that I could create an app to unite them all so that a user could install only one app to chat in several messengers.

I began to work on the idea and ask around. My friends had faced similar problems: some didn’t have enough free space on their phone because messengers cache data and store it, others didn’t like switching between several messengers in the morning to respond to different people.

On average, we have three to five messengers installed and it takes a lot of time to look through them all. Among my friends, there are many developers and designers so I decided to form a team and come up with a plan for implementation.

At what stage is your project now?

It’s at the final stage, we’re getting ready for testing. As of now, only a couple of messengers and features are available. We’re preparing a server for large-scale testing and forming a focus group of testers.

What messengers are already available?

For now, we have Telegram and VK, and WhatsApp will appear soon, too. Later on, we plan to integrate Instagram and Facebook.

How do you group the chats?

A user opens the app and sees a list of chats just like in a regular messenger. They can sort out the messengers or group chats by category. For example, it’s possible to separate work and personal messages.

You took part in the ITMO Accelerator, what was it like for you? Was it useful?

It’s my second time at the Accelerator. A year ago, I participated as a developer – we created the Privet app for networking at events. I enjoyed this experience. There were interesting presentations and most importantly, a community that motivates and inspires you. You can find great people to join your team. We had a great mentor, too – Kirill Kovalev. He made useful suggestions and we have met several times to help each other out.

How do you plan to monetize your app?

There are several options – the testing will show which one to pick. The first option is to make the app available via a subscription that allows users to make a small payment monthly, the second one is about paying for extra features. We will test different models to detect which is more efficient. Basic functions will be free of charge but others, such as downloading all media from messengers, might require payment.

But apps save all media in cache – videos, pictures… How do you filter it?

In the settings, you can pick the “don’t save files automatically” option and pick the files to store in the cloud yourself.

What is your target audience?

For now, we only consider the Russian market. Our audience is busy people who have many chats and no time to look through them all.

Yes, there is the Teletype app in Russia and Beeper in the US. CRM business systems are also kind of similar – they unite several messengers in one dialog box.

How is your app different from them?

Teletype is meant for group subscription, it’s more focused on B2B. We’re focused on a subscription for individual users – it’s cheaper and more profitable. Overall, the challenge we solve is the same, the question is how efficient our UX/UI design and user-friendliness will be. Our competitors are quite young and haven’t been on the market for too long so it’s all about speed, audience attraction, and UX.

When do you plan to launch the app?

In September, we will complete the server part of the product and launch the testing process. Afterward, we’ll focus on security, as it’s the main thing. Then we’ll add a couple more messengers. Only once we’re sure that user data is safe, we’ll launch the app.

We have a page on VK to which we invite all those who are interested in our product. We’ll announce the start of testing there. Later on, we plan to create accounts on other social media, too.

Who’s on your team?

There’s me and two other developers – Vladislav Vekshin and Alexander Tarasov, Mirzo Okhunov is our designer, and Sergey Novikov conducts interviews with users.

Who can join you?

ML developers are welcome but if you work in another field and would like to join us, contact us and we will come up with something.