Divide and Conquer: How S&R Built a Successful Chemical Startup in Russia

S&R Systems, a resident of ITMO University’s business incubator, is working on the optimization of chemical technology processes in manufacturing and laboratories with a strict focus on import phase-out. The company’s equipment is cheaper than its foreign-made counterparts and is made according to clients’ custom requirements. Founders Denis Sapegin and Mikhail Razin spoke with us about the tasks their company solves, lifehacks for finding angel investors at bars and indifferent engineers. 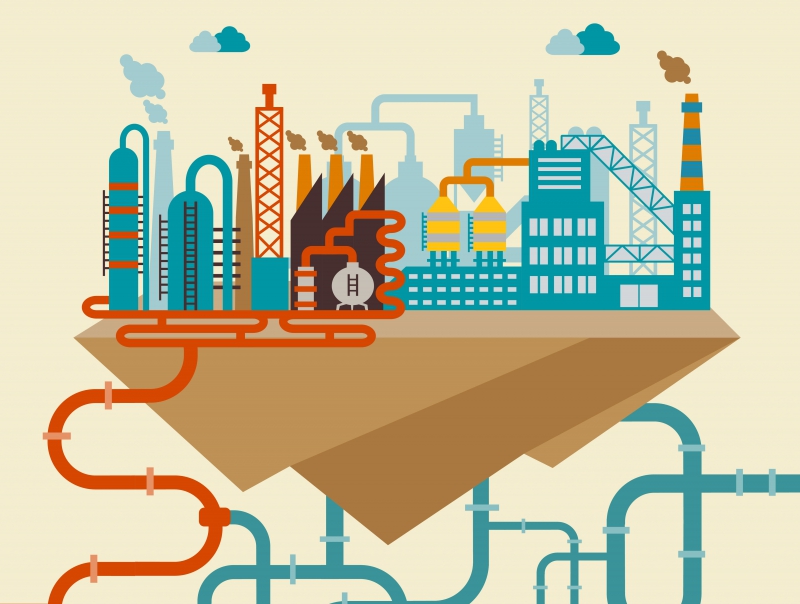 As the founders of S&R Systems explain, their business began in design and production of lab equipment; however, they soon realized that this market was already heavily saturated. For that reason, they decided to found something akin to a consulting company in the field of chemical manufacturing. Besides regular equipment, the company provides custom solutions for clients’ specific needs. Each order is handled with an individual approach, but so far the company has a few “signature” technologies.

Pervaporation is the technology used to separate liquid mixtures. For that purpose, polymeric porous membranes are employed in this method. This process has a number of advantages, the lack of need for high-temperature treatment among them. In addition, unlike many similar technologies, pervaporation allows for separation of the more “inseparable” mixtures. For instance, membrane separation can be used to produce a 99% ethanol solution from a 40% one.

Technically, this technology is nothing new. However, at S&R Systems, unique membranes and membrane-based devices are made which have no counterparts on the Russian market. Their advantage is in that they are up to four times more effective than the traditional methods for thermal separation of liquids and that they possess the best chemical and mechanical durability indexes as compared to other membrane-based alternatives. Pervaporation helps find the most energy-efficient solutions to the classic issues concerning separation and almost always lowers the amount of harmful emissions into the environment. “We work with each client on an individual basis. The customer comes to us with requests; they need some particular liquid mixtures. We take a module, tune it to fit their requirements and test the feasibility of the process. Then we design an industrial unit and help integrate it into the client’s production process. In this way, we can remedy some of the bottlenecks that exist in the process flow at chemical plants that work with liquid separation,” – comments Denis Sapegin.

The chemical industry employs chemical reactors – special-purpose vessels for the carrying out of chemical reactions, akin to a large-scale lab flask. When production needs to be up- or down-scaled, plants purchase various types of such reactors. S&R Systems have introduced their own modular chemical reactors to the market. What this means is that manufacturers only need to have a single “vat” that can be fitted with functional modules for various purposes. For example, the modular format is useful when increasing a reactor’s volume, as an additional section can simply be added on to it. The modules also reduce operating costs and metal consumption, i.e. the amount of equipment at the plant.

The company currently provides different modules for filtration, cleaning, disinfection, rectification (thermal separation of liquids); they are also prepared to develop other modules by custom orders. A new reactor module can be designed in as little as three days. In addition, each of S&R Systems’ modular reactors come with complementary software tools that the clients can use to model the processes that will occur in the unit.

“We often get asked why our modular systems are so cheap. Our equipment is one-and-a-half or two times cheaper than foreign counterparts. We produce everything in Russia and use computer-assisted design systems to reduce costs of production and design. We wish to see all of the production assets necessary for chemical manufacturing to be produced in Russia,” – explains Sapegin. Lab scientists often encounter situations in which minor segments of some piece of equipment break and disrupt the entire process. Components have to be custom-ordered from the manufacturer, which takes a great deal of time and resources, especially when dealing with imported equipment. S&R Systems have launched the LabParts service that aims to solve this problem.

Using LabParts, any scientist can order the required components by simply uploading a picture of the needed part and its technical data into the system. The finished part will be delivered in eight days after the order is finalized. “S&R” make components from metal, plastic and glass. Unique parts can be made, too. One of their previous orders involved a non-crackable reactor lid.

“We really want to help scientists who encounter such problems. Chemical institutes used to have workshops on premises where scientists would be able to order the right parts, but this is not common anymore. We want to become the modern equivalent of those workshops” – says Denis Sapegin. S&R Systems also work on the development of special-purpose polymers. Those are used, for instance, in the production of components in optical engineering and coatings in microelectronics. The company is currently preparing for the opening of its own research laboratory for the production of polymers in collaboration with an industrial partner, which wants to optimize their own production with S&R’s solutions. For special tasks, the company might conduct its own R&D studies.

“We take custom orders in this area, too. A client can come to us, describe their issues, what kind of polymer they require; we will look into it and propose a solution. Aside from research experience, we also have experience in introducing new technologies into industry,” – adds Sapegin. The company has also began retail sales of the smaller parts in its catalogue.

Denis Sapegin and Mikhail Razin look for new clients at conferences, expos and other specialized events, as well as through the usual methods such as e-mail campaigns. An innovative system, accidentally introduced by Denis, also shows great results. This “system” is based on random meetings with potential partners in bars. Sometimes, people see familiar things on the laptop screen and come by to ask questions. This is exactly how Denis had once met the company’s business-angel from China who became interested in their project and with the stockholder of a large chemical conglomerate that deals with polymer coatings. Yet things aren’t that simple.

“Oftentimes when we come to a potential client and explain our technology to them, we don’t get any feedback. When the client really wants to change something in their production process, they ask questions, and it is this kind of dialogue that helps form new and individual solutions for specific purposes. We also try to emphasize the fact that our solutions are very cost-efficient,” – says Denis. He adds that there have been times when it took them months to develop a project, after which clients would just decide not to modify their production. For that reason, it is better not to make too many decisions ahead of time, as when a deal falls through, it will have a negative effect on one’s motivation. It also happens that some engineers involved in production simply don’t care how a technology works – just that it does.

On partnership with ITMO

Denis Sapegin and Mikhail Razin note that the business incubator is a great deal of help for startup founders who have nothing but a concept and need mentor assistance. At the incubator, they will learn what to do and what not to do in business. S&R’s founders, however, came to the incubator having already registered as a legal entity and having been through many of the mistakes that fledgling entrepreneurs often make.

“But there are a lot of useful things here even for us. For example, there are lectures held here often where one might acquire new, useful contacts and exchange ideas with others. The incubator’s events have also helped us learn to work with finances in a much more intelligent manner,” – noted Razin.