Steve Korshakov helped make a messenger for VK.com, won competitions set up by Telegram, and worked as a programmer for JetBrains. Yet what he considers his biggest achievement are the projects he developed on his own. Korshakov has founded half a dozen startups and acquired valuable experience through winning, losing, and partnering up with America’s top accelerator Y Combinator. Today, he is the CTO of Openland, a business messenger app. As part of the Expert Week at the Yasnaya Polyana coworking space, Korshakov shared his tips for fledgling entrepreneurs, warned them of the industry’s pitfalls, and explained how one can become partner to the world’s biggest accelerator. 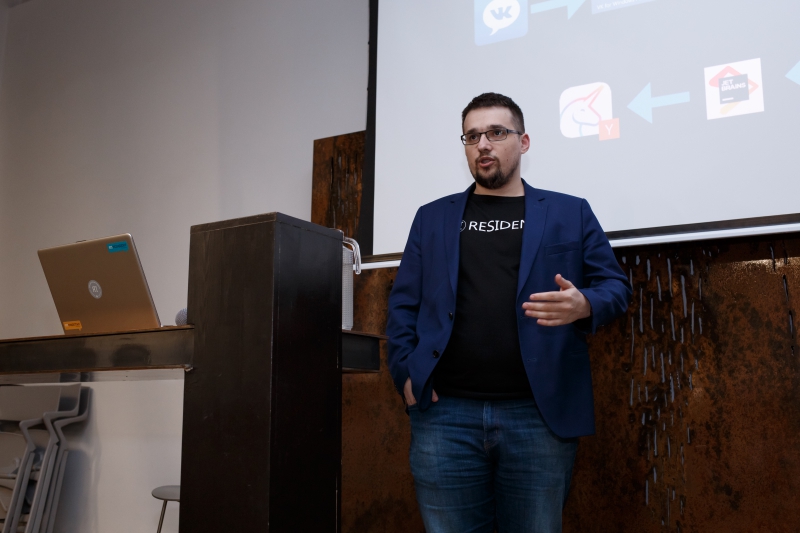 Differences between startup and contract work

Don’t think that contractual employment is nothing. Quite the contrary, it is a way to build your career. Of course, it limits you with a specific area of responsibility, but in California, for instance, you’ll make much more at a company than at a startup.

Being an entrepreneur is more interesting and more difficult. You may still do the same work, like coding, but you’ll also have to think about team building, motivation, fundraising, and a myriad other things.

When you’re developing a startup, there may be several obstacles that you’ll encounter. These are:

On working with Y Combinator

Y Combinator is the world’s biggest acceleration company. Few know that it was they, in essence, who came up with the concept of a startup by supporting cool ideas from complete unknowns. And today, they continue to process applications from countless teams from around the world and pick the best ones. Our company, too, took part and won. I went on a trip to the US to attend their entrepreneurship program.

The way Y Combinator works is completely different from how accelerators here in Russia do it. I worked with Sberbank and the IIDF Accelerator, who taught us how to develop startups. As if we don’t already know. At Y Combinator, they bring you and the others to seminars and lectures once a week. During breaks, you get to chat to others over coffee. In essence, these are pretty much psychotherapy sessions with a primary goal of reminding founders of the obvious things. And that’s really good.

You can also go for advice to an expert or talk to others and exchange your experience using Y Combinator’s in-house app, which is cleverly titled BookFace.

How to efficiently communicate with partners

There was one really good thing about communication that they taught us at Y Combinator. There are only three ways to react to a threat or argument: you avoid the problem, you strike back, or you pretend as if everything’s fine. Of course, we choose the different options in different situations. But in most cases, it becomes established as a relationship develops: if you’re used to handling issues in communication with a certain person a certain way, you’re likely to continue doing that. The good news is that different people cooperate well.

For example, me and my co-founder Yuri are very different people, and we argue often. It used to worry me very much, but after my visit to Y Combinator I understood that we complement each other. Disagreements are a regular part of a productive working process.

However, and this is good in any kind of relationship, it’s important to listen to the other person and meet them halfway. Those who strike back don’t need to get into literal fistfights, and those who are used to avoiding issues should be able to forgive their colleagues’ fits of aggression.

It doesn’t help. You need it sometimes, of course, and sometimes you don’t. Your main goal, however, is to make a product that works, a product that people need, and plan its course of development.

Investors are people too, and they often meet each other and discuss what to invest in. Trends decide many things. Today, for instance, many invest in offline services, and software solutions are no longer considered as interesting as they once were.

You also need to remember that in the US, money is cheaper. Companies are eager to invest in young teams and interesting ideas. In a sense, they’re wasting money, and they know that. In Russia, it’s different. Investors and founders treat money with care and are afraid of spending too much. Probably because they don’t have that much.

Any startup manager’s main KPI is whether they’re alive. It’s an exhausting job, and one that’s prone to making you angry (I once broke a wooden IKEA chair after talking to a co-founder), as well as causing panic attacks and depression. The stories about people losing hair over deadlines and having strokes at 35 are all true. The only solution is to be mindful of your health, see doctors, and take care of yourself. Remember: if you die, your company is doomed. No co-founder is replaceable.

How do people cool off in the Silicon Valley? Some do yoga, some run, some sit around a PlayStation. Entrepreneurs aren’t actually into any extraordinary pastimes. Jack Dorsey, I recall, says he sleeps five hours a day and then does an hour of yoga in the morning. I don’t really believe that; it’s hard for a founder to have so much free time.

Me, I can take time off at any point. I even built my company around being able to disappear for six months without any effect on our performance.