The VI Open "Young Professionals" Regional Championship (WorldSkills Russia) was hosted in St. Petersburg in December 2020. Students from ITMO's Faculty of Secondary Vocational Education attended the championship: two of them won prizes, and one received a gold medal. 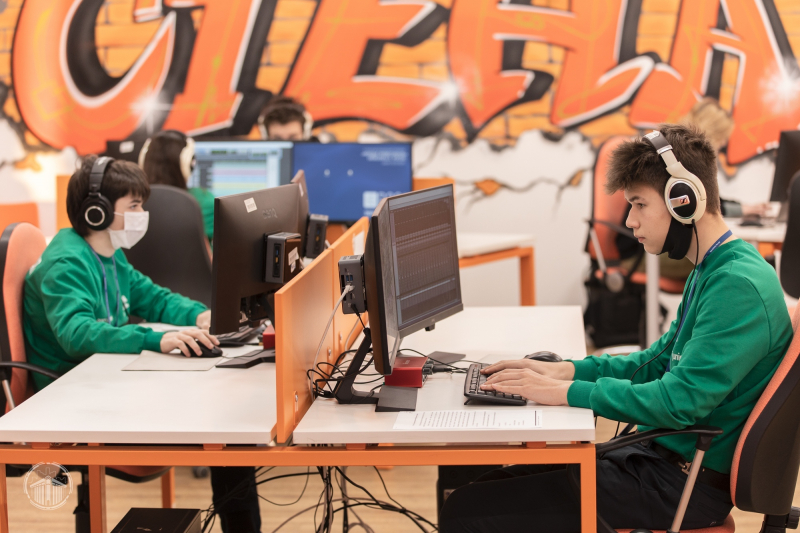 Competitions of professional skills have been held annually in St. Petersburg since 2014 as part of the "Young Professionals" movement and the national "Education" project. They are aimed at increasing the importance and prestige of working professions and specialties, implementation of the best working experience in vocational training. Also, the goal is to support the city's economy by training specialists capable of solving present and future problems, as well as attract the attention of employers to training and promoting the employment of graduates.

In 2022, St. Petersburg is going to become (in Russian) the capital of the EuroSkills championship, and now the city is being prepared to host participants from different countries.

"The motto of WorldSkills is “Make the world a better place by the power of your skills”, — says Andrey Zlenko, director of the Faculty of Secondary Vocational Education. — It is wonderful when people from completely different parts of the world compete, share their experience, build interaction. Because the main values of this movement are creating conditions for professional fulfillment, openness, and respect for work."

For this purpose, within the national "Education" project, a list (in Russian) of the 50 most popular professions was formed, and a practice-oriented demonstration exam according to WorldSkills standards (in Russian) was introduced.

In 2019, ITMO’s Faculty of Secondary Vocational Education switched to a specialty from the TOP-50 list, and in the summer of 2020, its graduates were the first in St. Petersburg to receive not only a diploma of secondary vocational education but also a Skills Passport (in Russian) that meets international standards. Also, an exam to confirm students’ professional qualifications will be held this year. That makes the "Young Professionals" competition a great opportunity to get acquainted with the format of tasks and test one’s strength.

In addition to experience and the opportunity to practice before the actual exam, through participation in competitions, students can get an advantage in the labor market: an open digital profile on the WorldSkills platform. It will reflect both championship successes and the results of an independent expert assessment based on the results of a test exam. The profile will be available to employers around the world.

This year, regionals were held (in Russian) for more than 1300 contestants. Three students of the Faculty of Secondary Vocational Education took part in three categories in the field of "Information and Communication Technologies" and succeeded in each of them: Arseny Shpilevoy received a gold medal in the "Mobile application Development" category, Nikolai Kunaev — a silver medal in the "Web design and development" category, and Maxim Vorotynsky — a medallion for professional skills in the "Software solutions for business" category.

We asked the winners why they decided to take part in the competition, what tasks they worked on, and what difficulties they faced.

Students told us that each of them solved tasks that tested different competencies, but in a similar format, and the tasks were designed in such a way that they could not be fully completed in the given time — so the experts could objectively assess the level of all the contestants. All the students had equal conditions, as it is an important rule of the WorldSkills movement.

Student of the Faculty of Secondary Vocational Education

Gold medal in the "Development of mobile applications" category, the gap between the 1st and the 2nd place — 36 points.

I became interested in mobile development in 2020 and followed hackathons and other events from this field. When we were offered to participate in the "Young Professionals" championship, I felt that this was a good opportunity to apply all the skills that I had developed and test myself in the field. Also, as far as I know, participation in the WorldSkills competitions will be an advantage in job interviews for many companies.

I can't disclose the essence of the tasks, but in general, we developed a project for a virtual customer: all the contestants worked on the same task in a strictly allotted time. The task itself consisted of assembling the project according to a given layout and programming it. All that lasted for six sessions. The server was already prepared, so the participants only had to complete the given tasks.

Difficulties were, perhaps, only due to the limited amount of time — each session was 3 hours long. The task itself was probably designed for the level of a junior developer. To successfully complete the task of each session, we had to work confidently with a smartphone and have at least a little experience with a smartwatch, TV, and testing processes.

I did spend much time preparing for the championship. The main condition was to understand the features of evaluation by criteria and develop a certain programming speed, so I was able to do many tasks very quickly.

During the introduction to the task before each session, I already roughly evaluated the various criteria, imagined how many points I could get. I looked at what was more difficult, what was easier, and knew in advance what tasks I would perform immediately, and what I would do only if I had time remaining. That's probably why I was able to take first place.

This experience showed what I am good at, and what I need to work on. In general, I liked the championship very much, especially now, during the pandemic, because hackathons are being held remotely, and many people like them for the atmosphere. The regional stage of the "Young Professionals" championship was offline, and I liked the general feeling of professionalism and goodwill that was on the site.

Student of the Faculty of Secondary Vocational Education

Silver medal in the "Web design and development” category.

I was interested to see how the championship is being held, in order to understand directly what WorldSkills is because in the spring of 2021 I will have to write a test exam in the WorldSkills format on the "Software solutions for Business" category.

It turned out, I was best prepared for the first module. During each session, I tried to choose fairly simple solutions, because I wanted to meet the deadlines and complete the task as completely as possible. What helped me win? I think the answer is simple: calmness, stress resistance, as well as a serious attitude to web development, and a desire to develop in this field.

The competition showed me that there are areas I can develop in and room to grow: for example, I am currently studying React Native for mobile development in the same language as web applications.

Now the Faculty of Secondary Vocational Education team has begun  preparations for the trials of the National Championship finals, which will be held in the spring, as well as for the championship next year.

"This is only the second year in a row that we have taken part in such competitions. I think that next year the motivation of the students will be even higher, - says Ekaterina Zelenkova, Deputy Director of the Faculty of Secondary Vocational Education. — In addition, now we are preparing for the trials before the finals of the National Championship."

According to her, the participation experience of the Faculty of Secondary Vocational Education students as experts in the JuniorSkills championship, held on the same days at the Academy of Digital Technologies, was also very useful. The competition format was the same, only focused on school students, and ITMO students acted as experts and compatriots, which gave them confidence in their own abilities and allowed them to practice their skills before the real exam.