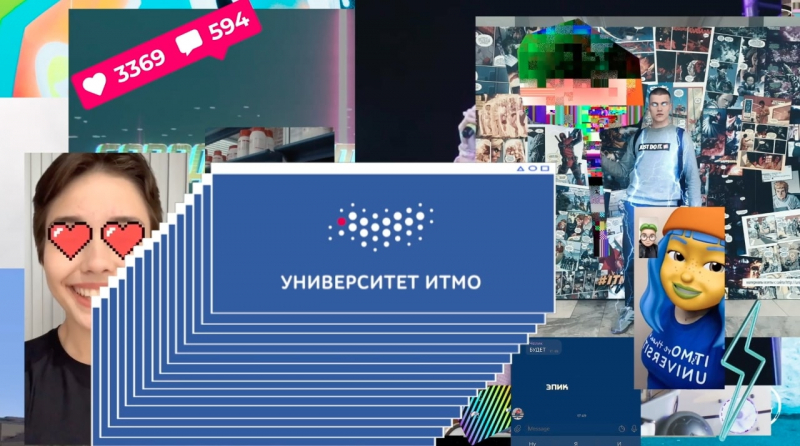 Silver Archer is the most prestigious Russian PR competition, established by the Chamber of Commerce and Industry of the Russian Federation, the Russian Union of Journalists, and Russian Association of Public Relations. Every year, a team of Russia’s leading PR specialists chooses the best projects in the field of social, educational, cultural, and corporate communications.

ITMO University’s team competed in the Marketing Communications category, but eventually was honored with the contest’s grand prix. The experts noted the fresh and original approach, the daring solution, and the high quality of interaction with the campaign’s target audience.

“For us, the grand prix is a very important milestone,” shared Aleksandr Gostev, deputy head of ITMO’s Event Management Office. “To start with, we took first place in the category Marketing Communications and won the regional grand prix in the Silver Archer – Northwest, and after that we were invited to the national stage. It’s an incredible result, because we were competing against major companies like Gazprom Neft, Rusnano, and Tele2. Turns out, we can not only compete as equals but also outperform them. It’s a great motivation for us to keep up our pace and set the PR trends for other universities.”

The idea behind the DIGITAL NATIVE campaign was centered on applying online – and that is what both the style and promotion strategy were based on and what was behind the choice of communication channels. Focusing on the new generation, its values and how it consumes information, led to brand new forms of interaction: virtual tours of the campus and livestreams on Instagram, TikTok challenges, fun quizzes, and so on.

The resulting campaign broke ITMO’s own record – it reached 9.2 million users in total (the TikTok challenge alone engaged over 2.5 million people and the video manifesto was seen by 1.6 million).

As an outcome, over 20,000 people visited ITMO’s abit.itmo admissions portal, while the amount of applications for tuition-free positions in Bachelor’s programs grew by 30% since the previous year, and the average Unified State Exam score reached 93.1 to become the highest in ITMO’s history.

ITMO also ranked among Russia’s top five universities in the quality of tuition-free admissions, the only St. Petersburg university on the list, and students themselves described the campaign as the university’s best advertising.

“The main principle of communication is to speak the language of your audience. It’s important to know what future students expect from the university, to learn their values and goals. At ITMO, we pay a lot of attention to that, and that’s why all of our PR campaigns respond to young people’s demands. DIGITAL NATIVE was created right on time: in the year of online. We didn’t hold a single in-person shoot for the project! The second principle of communication is to only work with professionals. That’s why I would like to thank our team members, who worked day and night on the campaign, and our partners, the Roscreative agency, who helped us bring our crazy plans to life,” comments Anna Veklich, head of Strategic Communications Department.