Vyacheslav Shalamov, a PhD student from ITMO University’s Information Technology and Programming Faculty, is one of the recipients of the Ilya Segalovich Award by Yandex. ITMO.NEWS asked him about his scientific achievements, ideas, and plans for the future. 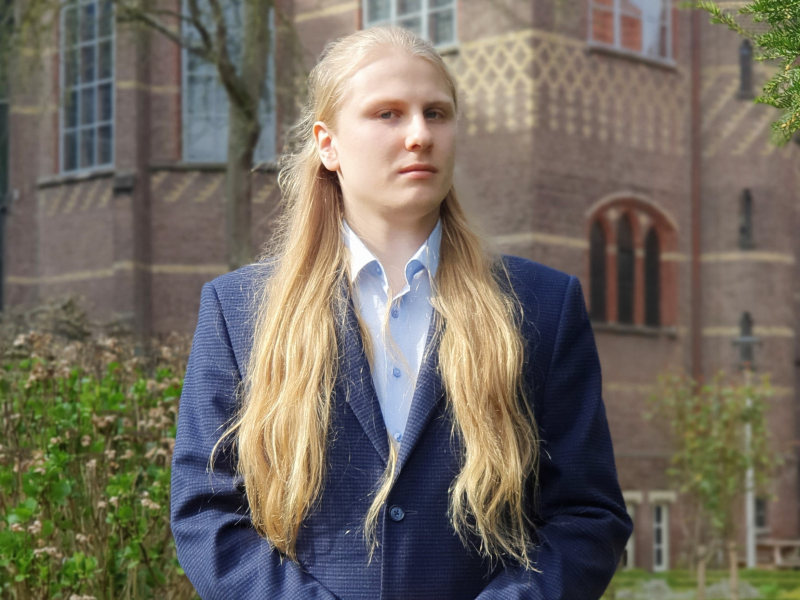 The Ilya Segalovich scholarship is awarded to graduate and postgraduate students or academic advisors for achievements in the fields of machine learning, computer vision, data analysis, and search systems. The main goal of the award is to provide young scientists with  an opportunity to continue fundamental research at their universities instead of leaving for the industry. This is the second time Yandex has held the scholarship contest. This year, nine recipients were awarded. One of them is Vyacheslav Shalamov, a PhD student from ITMO University’s Information Technology and Programming Faculty.

How did you become a participant of this contest?

I found out about this contest from my colleagues at one of ITMO University’s laboratories last year. This year, I also decided to apply. Students have to apply for it themselves. You need to fill out a lengthy application form including your research topics and results, your projects, conferences you took part in, as well as a list of published papers and their contents. The best applicants are then interviewed by a specialist from Yandex who has expertise in the topic the applicant specializes in. The final decision is made according to the results of this interview.

I’ve been engaged in machine learning since the end of my Bachelor’s studies, so, since 2015. All of my papers and projects were mentioned in the application, and apparently, it was quite a lot compared to other contestants. I think the amount of my published works and the level of conferences made it possible for me to become a recipient.

Last year, I also participated in this contest and became a finalist. I was invited to the Moscow office of Yandex for the award ceremony but due to various reasons I couldn’t attend. I received a certificate stating that I am the finalist of the contest and a souvenir from Yandex via my academic advisor. The finalists and recipients are prioritized if they apply for an internship at Yandex but I haven’t looked into that.

How are you planning to spend this scholarship? Are there any restrictions set by the organizers?

There are no restrictions. This is an award (350,000 rubles – Ed.) and it’s paid over the course of ten months. The winners will also be granted a trip to any international conference on artificial intelligence but it’s not clear how these trips will happen if most borders remain closed as they are now.

I haven’t decided how to spend the money yet. It’s not enough for a project or for purchasing some equipment. It’s possible that soon a global economic crisis will strike, so maybe it makes sense to buy some stocks.

Tell us about your research activities. What do you do?

During my Bachelor’s studies I was working on the optimization of logistics: for example, on ways to distribute orders between delivery people so that the latter would deliver them as efficiently as possible, considering the capacity, the distance, and so on. During my Master’s studies, I dealt with setting up the hyperparameters for clustering algorithms. This includes tasks on distinguishing common features in objects and separating them into categories in accordance with these features. Usually this job is performed manually by a specialist or a researcher. I attempted to create an algorithm that could perform this task (looking for hyperparameters for a clustering algorithm) automatically or semi-automatically. So, I developed this idea, published a paper, and defended a thesis. My colleagues from the Machine Learning Lab continue to work on this topic, I myself have mostly stepped aside.

Now, as a PhD student, I’m gradually changing my focus towards neural networks and their architecture. This is actually a task related to the one I worked on as a Master’s student. Both these topics are a subset of AutoML.

Have your ideas already been implemented in the industry or business?

In 2017, when I was getting a Master’s degree, my colleagues from the Machine Learning Lab and I founded a small startup called Statanly Technologies. Initially, it was a startup dedicated to developing the Auto ML platform, an automated machine learning service for business owners who can’t or don’t want to hire an expert in machine learning or a data scientist. Our platform, including an algorithm for automatized customization of clustering parameters created by me, was supposed to allow them to upload their data and receive a certain output.

However, gradually we’ve switched to consulting and individual task solving, as it suits our clients more. Clients who work in a specific field provide us with data and tasks, and we help them optimize this or that aspect of their business. So, it’s a startup where we apply our ideas in machine learning, and we already have several successfully completed projects.

A year ago my colleagues and I also created the Deflamel Design company. It’s engaged in the generation of visual content according to the description. For example, with its help you can create book covers based on its annotation, as well as posters, business cards, postcards, and any other types of illustrative production. We use data from several photostocks (both open-access and commercial ones). The algorithm finds images according to the description, compiles, processes, and edits them, adding a style picked by a user (Neural Style Transfer). As a result, the user receives a ready-made design.

During the last year, we’ve been a part of Dutch accelerator called Rockstart. Now the project is entering a new phase of development. It works in beta-testing mode, we keep upgrading it but it can already be used.

So you are more interested in creating your own venture, rather than working at a company? Are you planning on leaving science for industry later?

I don’t separate one from another. For example, at Yandex or Google there are departments which solely deal with research projects that aren’t related to specific tasks on optimization of the existing functionality. They just conduct research without any specifications from managers.

Do you have any experience of working at commercial companies?

In my fourth year of studies, I’ve been working as a Java developer at the VeeRoute startup. There, I improved industrial programming skills and got inspired by tasks in the field of logistics, which I later dealt with later as part of my Bachelor’s thesis. As a Master’s student I worked at Odnoklassniki, where I was engaged in tasks similar to those that we deal with at the lab: I was writing code for a social graph analysis which would allow us to calculate the possibility of an account being a bot. I also participated in a Google internship in California. There, I implemented additional features for Conduit, an internal tool for big data processing. Lately I’ve been working as a data engineer at the GetYourGuide company in Berlin. It provides ticket booking services all over the world. I’ve been developing the infrastructure for collecting, processing, and monitoring the events generated by users: clicks, views, purchases, and cancellations.

In the next couple of years I’m planning to complete my PhD studies, defend the thesis, and get my PhD degree. At the same time, I’ll continue to work on my startups.

I am leaning towards scientific research in the field of machine learning and neural networks. It can take place at Yandex, or at ITMO University’s Machine Learning Lab where I’m currently working, or at some other place. Overall, when you’re engaged in research activities and achieve certain results,  you can’t just give it up. That’s why I’m trying to implement my ideas in companies, so that they would be useful both to me and others.