Advanced materials, new Master’s programs, and exciting job prospects for researchers: with another two weeks behind us, it’s time for another digest of the latest science news from ITMO University. Let’s dig in! 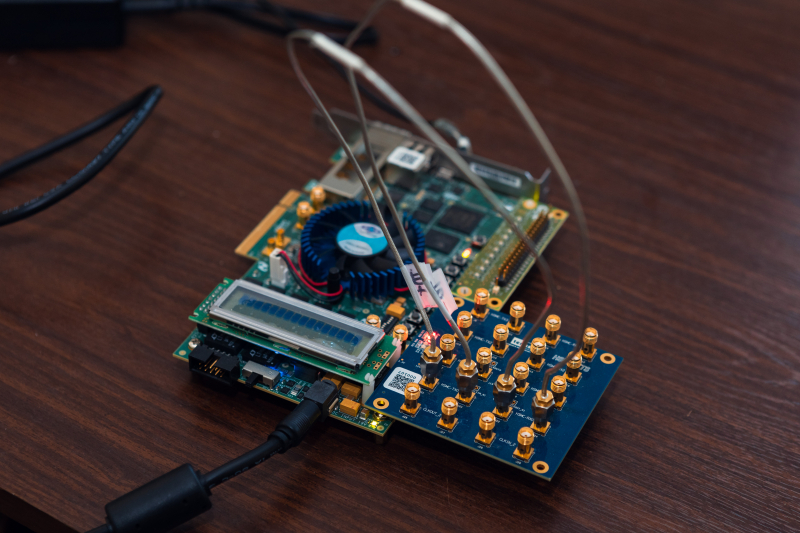 Researchers from ITMO’s ChemBio Cluster have developed a new algorithm that will hold great value to scientists in many fields. The software is capable of identifying the various properties of nanoparticles (e.g. size, shape, or surface structure) based on nothing but photos or even sketches.

It also works the other way around – input the desired properties of a material you need, and it’ll tell you how it can be made!

Meanwhile, the staff of ITMO’s SCAMT Institute came up with a way to use the sol-gel method to produce multifunctional materials – such as xero-, cryo-, and aerogels of magnetite.

These novel materials, used as biosensors and catalysts in a variety of applications, are particularly crucial in biomedicine; aerogels and xerogels produced this way can be used to stop bleeding and in targeted drug delivery, respectively.

Just in time for the nearing start of ITMO University’s admissions campaign, the past couple weeks were marked by announcements of two new programs that are sure to intrigue prospective students.

The Deep Learning and Generative AI program (taught in Russian) will be offered by the university’s Machine Learning Lab and will train future experts in machine learning and artificial intelligence. Students of the program will get to develop their own algorithms and work with experts from numerous partner companies, including Huawei and Sberbank. Two specializations are also available: Mathematical and Algorithmic Foundations of AI and Frontier AI Technologies.

The Digital Systems Engineering program (taught in Russian), on the other hand, is intended for students planning a career as embedded systems programmers, PCB or optoelectronic device engineers, and more. The program will adopt a project-oriented approach, providing students with hands-on experience and allowing them to receive a salary by working on R&D projects of the university and its partners. Three specializations are also available, focusing on control systems, sensor systems, and computer vision.

Last year, University of Tartu’s Bayazit Yunusbayev came to ITMO to head the Evolutionary Biomedicine group at SCAMT. In an interview with ITMO.NEWS, he shared some insights into the way geneticists from Russia and Estonia are using genetic mutations to develop medication against autoimmune diseases.

Researchers, engineers, and lab assistants are invited to join a variety of projects implemented as part of ITMO University’s 2030 Development Strategy.

Successful applicants will work on cutting-edge technologies alongside accomplished scientists, including a Nobel Prize laureate! Both short- and long-term positions are available; candidates can expect adequate salaries, networking opportunities, and young, friendly teams. The list of vacancies is constantly being expanded, so remember to check back on it!