ITMO University placed second in the medal count of the fifth season of the national student competition I am a Professional, as was announced on May 31 after the competition’s wrap-up. The university’s students got 11 gold, 8 silver and 8 bronze awards, 27 in total. This has become the first time ITMO got into the top 3 of the participating universities. 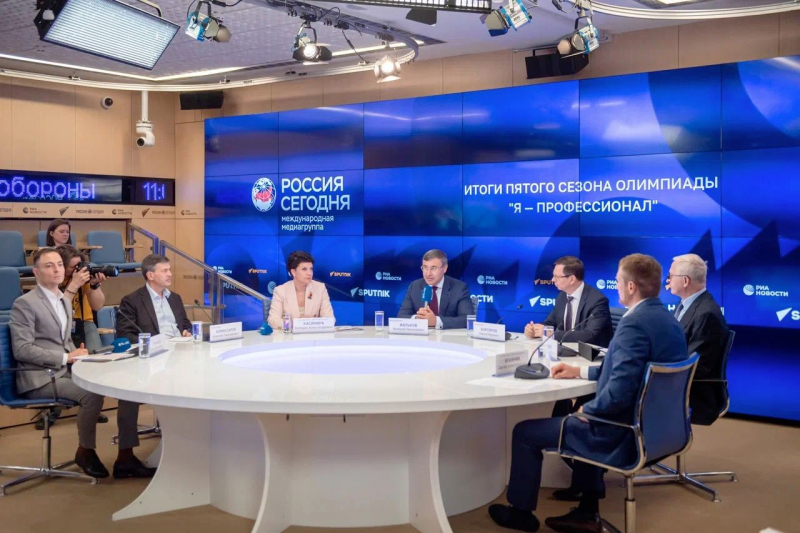 Press conference dedicated to the wrap-up of the fifth national student competition I am a Professional. Credit: minobrnauki.gov.ru

Zakhar Yakovlev, a student at the School of Physics and Engineering, beat the competition’s record in the number of medals won over the five years of its existence. He has four gold medals (in tracks Mathematical Modeling; Laser, Plasma and Radiation Technologies; Physics and Technology of Unique Mega-Science Class Scientific Equipment; and Physics), a silver medal in the Quantum Technologies track and two bronze medals – in tracks Nuclear Physics and Technology and Mathematics. The student is also a winner in Software Engineering and Artificial Intelligence tracks.

The fifth, anniversary season of the competition featured 72 specializations, from philology to robotics. ITMO University acted as organizer of four tracks: Technological Entrepreneurship, Informational and Cybersecurity, Programming and Information Technology, and Robotics.

The national student competition I am a Professional is a major event for Bachelor’s, Master’s, and Specialist students of Russian universities. The project’s main goal is to support talented students so that they would have the opportunity to continue their education at top universities or pursue their careers at a leading company. I am a Professional is among the flagship projects of the presidential platform Russia – the Land of Opportunity , and is implemented with support from the Ministry of Science and Higher Education of the Russian Federation.