I Am a Professional: Tips from Former Winners of Robotics Track

I Am a Professional is a national competition for students of all fields – from humanities to engineering. Winners receive diplomas, as well as advantages when enrolling into Master’s and PhD programs, monetary prizes, and internship opportunities at major Russian companies. This year, ITMO is organizing three core tracks in partnership with Sberbank: Robotics, Programming & IT, and Information & Cyber Security, as well as a corporate track titled Technological Entrepreneurship in collaboration with VEEROUTE. We talked to the winners of last year’s Robotics track and asked them about the best ways to prepare for the contest and the importance of not underestimating your strengths. 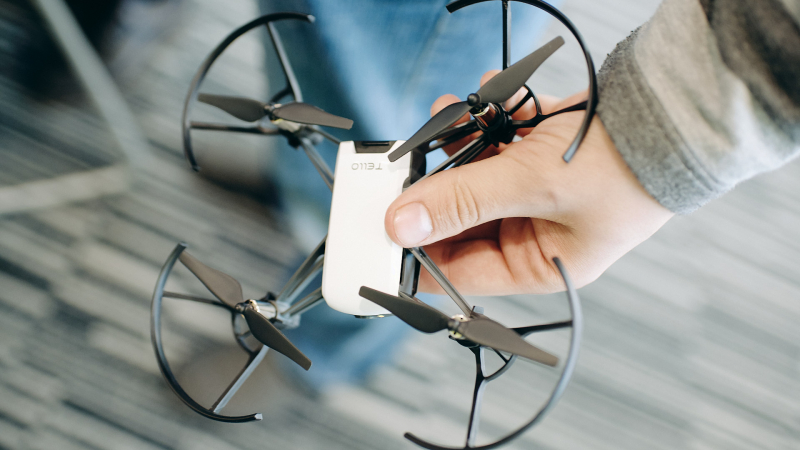 On-site round of the I Am a Professional 2020 Robotics track. Credit: vk.com/olimpiprofi

Tasks at every stage

The first round of the contest in any track takes place online. Last year, the Robotics track featured tasks from the fields of mechanics, programming, and robotic system dynamics. Using a simulator, Bachelor’s students had to develop an algorithm that would help a drone complete a route as quickly as possible without any mistakes. Students had 50 hours to complete the task. Master’s students worked on another virtual robot – one of a basic configuration and able to move in circles. The participants had 50 hours to program the robot to move on a terrain with a set contact force. Then, those who passed into the finals of the online round had to talk about their algorithms, explain why they opted for a particular solution, and answer questions from experts.

Training for the Robotics track

Evgeny Khomutov, last year’s bronze medal winner and a PhD student at ITMO’s Faculty of Control Systems and Robotics, says he got a lot of help from the recommended reading lists provided by contest organizers, as well as specialized webinars. For instance, he found a lot of valuable advice in online workshops (in Russian) hosted by Sergey Kolyubin, head of the International Laboratory of Biomechatronics and Energy-Efficient Robotics.

A gold medal winner and second-year Master’s student at the Faculty of Control Systems and Robotics, Alexey Shamrayev also believes that the professional skills gained at the International Laboratory of Biomechatronics and Energy-Efficient Robotics and his previous experience at the contest were of great help.

Alexander Dupak, last year’s silver medal winner and a fourth-year Bachelor’s student at the Faculty of Control Systems and Robotics, examined the contest’s regulations to see what kind of tasks he might expect and how they could be accomplished. Moreover, he looked through his old algorithms on GitHub and wrote down the functions that could come in handy.

The final task was the hardest one, according to Evgeny Khomutov. Developing a solution in a set amount of time – 50 hours from Friday afternoon to Sunday evening – turned out to be a challenge in itself, so it was important to stay really focused. Moreover, participants had to be able to code in Python to solve the task, which is not easy for those that have limited experience with this language. Evgeny succeeded thanks to the experience in Python programming gained during his Bachelor’s studies, but he also notes that the organizers were really helpful when it came to the technicalities of the task – they swiftly answered any questions he had in the chat.

Life after the contest

Thanks to his win in the contest, Evgeny Khomutov was able to enroll in a PhD program at ITMO’s Faculty of Control Systems and Robotics without any entrance exams. That was a great bonus – otherwise, he would have to revise for the exam while also getting ready to defend his Master’s thesis. To boot, Evgeny loaded his investment account with half of his monetary prize.

Alexey Shamrayev benefited from the contest twice. After his first win, he enrolled in a Master’s program at ITMO’s Faculty of Control Systems and Robotics. What’s more, Sergey Kolyubin offered him a place at the International Laboratory of Biomechatronics and Energy-Efficient Robotics. And after his win last year, Alexey landed a job at one of Sberbank’s labs. As for his monetary prize, that will go towards financing Alexey’s English courses to help him pass the entrance exams to ITMO’s PhD prorgams.

To Alexander Dupak, the contest brought the chance to explore more of Russia and visit Pskov and Novgorod with other winners. He also upgraded his hardware.

“What you definitely shouldn’t do is be nervous and underestimate yourself. It’s important to test your abilities, like will you be able to solve a previously unknown task in 50 hours? As for knowledge and skills, I believe ITMO’s Bachelor’s and Master’s programs equip you with everything you need to know, so if you study well and do the tasks responsibly, you will not face any difficulties. Finally, don’t be afraid of asking questions, even if they initially seem stupid in your head. After all, there's no such thing as a stupid question,” says Evgeny Khomutov.

“First and foremost, don’t panic. I think that the first stage is designed to make you feel all panicky so that half of the contestants drop out in the middle. Second, look through demos of previous years and check the courses recommended for each track – for Robotics, it was the one on Robot Operating System,” adds Alexey Shamrayev.

“I Am a Professional may only seem like a super challenging contest fit only for geniuses, but actually any student from any Russian city can master a specific topic in several months and then show their skills by scoring high in the contest. For instance, I got a high score in my first attempt in the track Internet of Things & Cyberphysical Systems because I spent quite some time going through all the demo tasks and the actual contest didn’t seem as hard,” concludes Alexander Dupak.