On December 25th, President Vladimir Putin and Nursultan Nazarbayev, President of Kazakhstan, paid an official visit to the Diakont Company which hosted the exhibition of Saint. Petersburg's high-technology organizations. Such companies as Lenpoligraphmash, ROTEX and ITMO's Quantum Communications SIE made their presentations at the event. 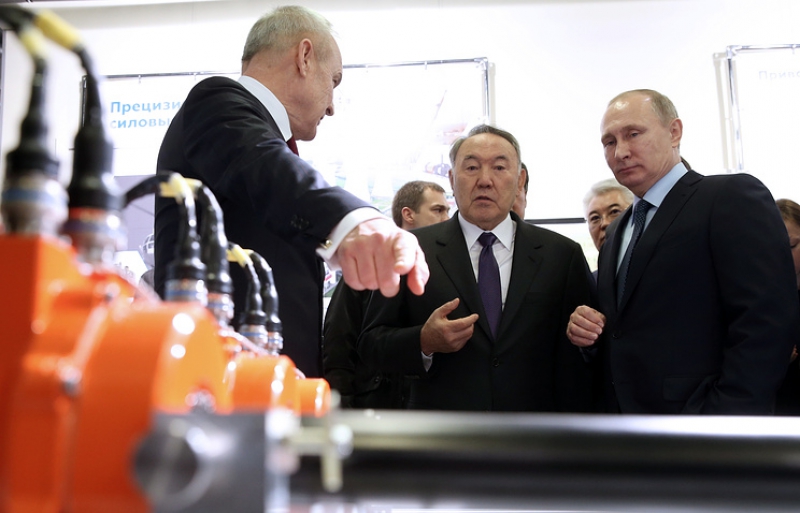 According to TASS News Agency, Russia and Kazakhstan will discuss the prospects of creating a joint venture with the Diakont Company as its base.

During their visit, Vladimir Putin and Nursultan Nazarbayev learned of the unique products manufactured by the company. Among those were a synchronous motor that rivals its foreign counterparts, diagnostics technologies for oil and gas pipelines which make use of robots and many more.

Representatives from ITMO's Quantum Communications SIE also took part in the exhibition. They presented the secure quantum communication system that cannot be hacked. This technology is not only secure, but also fast — as of now, the speed of data transfer of ITMO's invention is ten times higher than in any of its counterparts.

As Artur Gleim, Quantum Communication’s CEO notes, Vladimir Putin marked out the importance of this invention, and Nursultan Nazarbayev showed interest in the physics of quantum communications.

"New communication systems call for new regulations and offer new opportunities. As of now, we're widely discussing the standards of quantum communications in the BRICS countries, but introducing such technologies in the post-Soviet states is equally important. Communications is a national security issue, so it cannot be outsourced", comments the president.

As of now, Quantum Communication SIE already has an experimental model which they present at different Russian and foreign exhibitions. The company plans to certify the device, start production and enter the world market.

We'd like to add that ITMO University has long been cooperating with the Diakont Company. In 2011, they opened an affiliated degree department at ITMO University; and in 2014, ITMO and Diakont launched a new high-technology production of electrical drives, as well as ITMO's second European Resident Office in Italy.