Quality of Admission to Universities Ranking 2019

This year’s admissions at universities have long been completed and yesterday’s schoolchildren have already officially become students and are getting used to their new status. Meanwhile, on October 30, 2019, the results of the annual “Quality of Admission to Universities 2019” ranking were published by the Higher School of Economics and Yandex with the support of the Ministry of Science and Higher Education of the Russian Federation and the Federal Service for Supervision of Communications, Information Technology and Mass Media. The ranking is aimed at assessing the quality of the admission campaigns for full-time Bachelor’s and specialty programs at Russian universities. 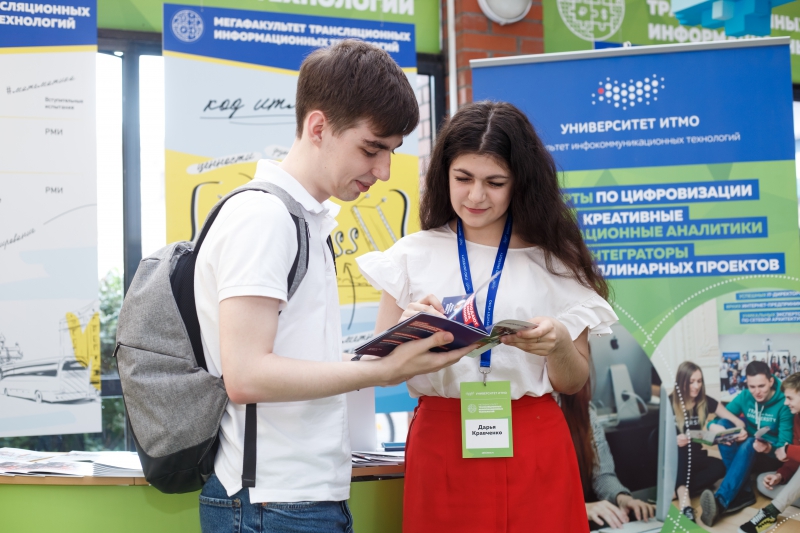 In 2019, ITMO University received more than 12,000 applications for tuition-free positions in full-time Bachelor’s and Specialist programs. A total of 1,153 students have been admitted tuition-free. Their average Unified State Exam score was 92.7, which is 2.5 points higher than last year. ITMO took fifth place among Russian universities in this indicator. Also featured in the top-5 are such universities as Moscow Institute of Physics and Technology, Moscow State Institute of International Relations, the Higher School of Economics, and National Research Nuclear University MEPhI. What is remarkable is that out of several hundreds of Russian higher education institutions, only 11 made it into the higher league of the universities where the average score of the applicants enrolled in state-funded positions is over 90 points.

A total of 397 entrants were admitted to ITMO University’s Bachelor’s programs without entrance examinations. These are winners and runners-up of various national competitions. For comparison, last year there were 326 people who made it to the university without taking exams. In this indicator, ITMO University is placed fourth in the ranking, outnumbered by the Higher School of Economics (1,010 people), Lomonosov Moscow State University (545 people) and St. Petersburg State University (449 people).

ITMO University took third place in the top-25 of Russian universities in terms of the quality of the admission campaign. According to the statistics, the average Unified State Exam score of those enrolled in both state-funded and fee-based positions is 87.6 points. The second place went to St. Petersburg State University with 87.7 points and the first went to Moscow Institute of Physics and Technology with 95 points.

ITMO University took fourth place in the ranking of universities in terms of the average score in various subject areas. This year’s highest USE score threshold was set by the programs of the Information Systems and Technologies subject area: 303 points out of 310. The entrants’ average USE score was 99 points.

ITMO University entrants demonstrated the highest average USE scores among all Russian universities in such subject areas as Power Engineering, Electronic Engineering, Radio Engineering and Communications, Automation and Control, Instrument and Optical Engineering, and Nuclear Physics and Technology. A bit lower in the ranking are subject areas related to Management, Business Informatics, and Linguistics, but they are still within the top five. Thus, two-thirds of all subject areas taught at the university received the highest scores in the country, which means that the university’s programs are appealing to talented, motivated students.

“Our goal here is not only to attract to our university the schoolchildren with the highest USE scores and winners of competitions. What is also important for us is to attract motivated students who share our values ​​and mission. The fact that the average USE score is increasing indicates that more and more people want to study at our university, both in state-funded and fee-based positions. Each year, there emerge new subject areas at ITMO University that attract school students. Today, it’s not only the field of IT that we’re famous for but also physics and chemistry. Two-thirds of all subject areas taught at the university received the highest scores in Russia, which means that ITMO University pays attention to both traditional and new fields, such as Digital Humanities, Art & Science, Technological Innovations and so on,” comments Anna Veklich, First Deputy Chairman of ITMO University’s Admissions Committee.

Established in 2010, the ranking serves as an indicator of both the quality of applicants’ knowledge and universities’ reputation. The quality of admission is evaluated by the entrants’ USE scores.

You can learn more about the results of the ranking and its research methodology here (in Russian).