2019 was a year of many scientific discoveries in various fields: from the first picture of a black hole and the news of turtles inhabiting the modern day Yakutia 130 million years ago, to the sensational Mayan treasure found in Mexico and the large-scale Russian polar expedition Transarctica-2019. ITMO.NEWS went to the University’s leading researchers to ask what they’ll remember about the passing year. 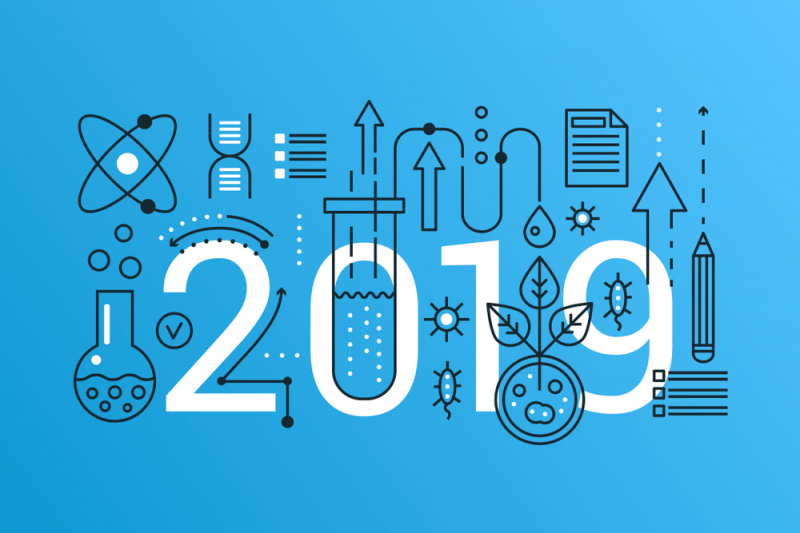 Valentin Milichko, a senior research assistant at the Faculty of Physics and Engineering and the head of the French-Russian laboratory at ITMO

The first thing that comes to mind is that Google is funding quantum computers and there might already be actual prototypes. It’s hard to believe, because quantum computers have been an unattainable dream for a very long time. And now there is an actual company that spends its resources wisely and is investing in and trying to create these devices.

Secondly, I would mention the news about He Jiankui, the Chinese researcher who altered the genes of embryos in an attempt to make them HIV-resistant and claimed that he had succeeded. Although it’s not a straightforward case from an ethical point of view, it might well be the first step to fighting life-threatening diseases.

One other milestone for me is ITMO getting into international rankings for materials science and physics. We have been working so hard to get there! On the one hand, it makes perfect sense for the employees and researchers, but on the other – it is still astonishing.

An important achievement of the year for me is the Artificial Cell project by ITMO’s Research and Educational Center of Chemical Engineering and Biotechnology. Creating complex chemical systems that can be synchronized in space and time will allow us to predict and control natural systems with amplified cascades and self-reproduction under experimental conditions.

Those experimentally constructed and mathematically predicted chemical blocks could then be introduced into living cells. This would make it possible to test various drugs and the artificial quorum sensing mechanisms in bacteria. Experiments in which a control organism interacts with external irritants would be a model of an ecosystem, while artificial cells are, in fact, ideal candidates that can be programmed to create useful substances. Such “tailor-made” artificial cells would be the cause of a new industrial revolution.

Contrary to biological technology, a chemical one would ensure a completely safe experimental environment, allowing researchers to control their tests on various levels — from molecular to macroscopic. Finally, creating artificial cells would enable us to come closer to understanding the origin of life on Earth, shedding light on the initial development of matter on Earth and even on other planets!

Liudmila Nadtochii, associate professor at the Faculty of Food Biotechnologies and Engineering, staff member of the International Research Center “Biotechnologies of the Third Millennium”

This year was marked by a visit by Da-Wen Sun, a world-renowned researcher, the head of the Food Refrigeration & Computerized Food Technology center at University College Dublin and the International Academy of Agricultural and Biosystems Engineering (IAABE), as well as the editor-in-chief of Food and Bioprocess Technology.

As for education, I consider it a great achievement that we have developed a new international educational program, which will be launched in 2020 in collaboration with leading international universities. The program is already receiving a lot of attention from our partners and future applicants.

Naturally, 2019 was also full of research initiatives and results in the many projects of the International Research Center “Biotechnologies of the Third Millennium”, for instance, “Developing functional products based on nanoencapsulated complex biologically active ingredients with a proven preventive effect” and “Developing a method for early diagnosis and nutraceutical support of endometriosis”, as well as the Wastebake project, organized within the framework of the Eurotrans-Bio program for biotechnological research in European countries.

Apart from that, a group of young researchers received ITMO’s support within the framework of their practice-oriented project “Developing functional food for the Far North”. In 2019, many of our younger employees and graduate and postgraduate students received many awards and grants from various foundations and the President. We will do our best to make the next year even more successful and productive!

Georgiy Zograf, PhD student at the Faculty of Physics and Engineering

First of all, I have to mention a fundamental theoretical paper on time symmetry in crystals. The world’s leading researchers were claiming such structures impossible, but our colleagues were able to prove them wrong.

It is so cool and important that even the Wikipedia article on time crystals got updated – with the third reference in it being on the paper by Valerii Kozin and Oleksandr Kyriienko.

A group of researchers lead by ITMO’s Andrey Bogdanov and Professor Yuri Kivshar of the Australian National University have reached an incredible level of efficiency in nonlinear generation of multiple harmonics from a single nanostructure. I am especially proud to know that Kirill Koshelev, a PhD student at the Faculty of Physics and Engineering, who I have known since my first year of Bachelor’s degree, has made a key contribution to this project.

Globally speaking, the greatest achievement is, naturally, the Google quantum computer. The project has many caveats, but it is still a great step forward!

Talking about the many achievements in the field of artificial intelligence, one can hardly avoid the two key topics: deep neural networks and advances in natural language processing. The first of these two only has a heterogeneous collection of rather interesting data, which still needs to be analyzed to realize its full potential, whereas the way we work with texts has changed drastically over the past year, and that is what I want to talk about. Some of my fellow computer linguists sadly note that there is almost no linguistics left in automatic text processing — the field is almost completely won over by machine learning models. There are two crucial technologies that have steered the wheel of development in the field in 2019.

The first has to do with vector representations of words, a way to encode texts in such a way that they could be processed by algorithms. The idea of encoding words in text as real-value vectors, the values of which vary depending on their place in the text, first came up back in the 1980s. In November 2018, Google released BERT, a model which created vector representations of words, outperforming all of its competitors and significantly improving the quality of a number of text processing-related tasks.

Over 2019, BERT has accumulated a great number of “relatives”, which improve various aspects of its operation, as well as an abundance of models that use these vector representations in ways that were unthought-of before – like dialogue systems, text search and document classification.

The second technology is text generation. Until fairly recently, algorithms could not be said to be good at generating coherent and meaningful texts. In February 2019, however, OpenAI published a description of GPT-2, a model that can produce long and extremely coherent texts. Interestingly enough, the developers hesitated to upload the whole model because they feared it could be used with malevolent intentions. Another interesting fact is, as follows from its name, it was the second model, the predecessor of which is at the core of the aforementioned BERT.

Together, advances in both text processing and text generation mean that we are getting ever closer to creating algorithms that can hold a conversation in a way which is impossible to discern from normal human interaction — an important milestone in AI called the Turing test. Ultimately, it brings us closer to creating artificial intelligence that could rival the human mind.

There were two moments I’ve found memorable in 2019

The first one is the transition to virtual reality. Our laboratory has been working in this field for over two years, and we’ve collaborated with some of the leading technological companies.

This technology has a lot of potential both in education and entertainment. It brings together the world outside and the one we have inside, making it an augmented or mixed reality. The possibilities are endless.

The second moment doesn’t have anything to do with science. I would call it “catching the winter”. Although, winter only lasted three days this year, from December 1 to December 3.