Results of the national award Dean of the Year were recently announced at the Professor Forum, which came to a close in Moscow on November 19, 2020. 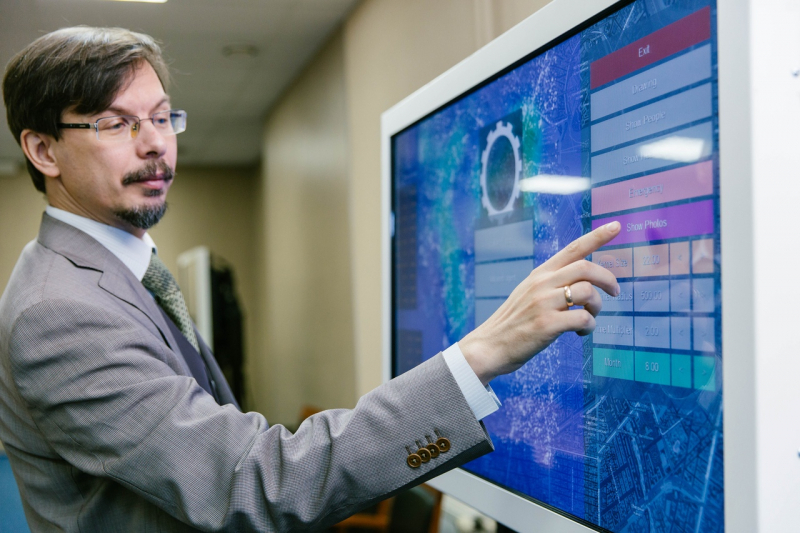 “I only found out about the award later,” says Alexander Boukhanovsky, head of ITMO University’s School of Translational Information Technologies. “The School has finally become a unified infrastructure for large-scale research and development. What’s left to see is how well we’ll be able to implement these results in practice. But that’s a whole other award.”

He also adds that the School is based on the “confederative principle,” meaning that all of its faculties work together to maintain ITMO University’s reputation as an interdisciplinary institution.

“We see information technologies not as “servants of science,” solely to be used to automate functions and perform calculations, but the opposite – as a lever that can take any subject-specific research or invention to a completely new level. While also upgrading itself, too, because computer science research remains one of our tasks here at ITMO,” says the honoree.

In Prof. Boukhanovsky’s opinion, this past year researchers at ITMO have been able to accomplish several important achievements in spite of the challenges presented by the pandemic.

“There are at least five major academic and research teams at the School that have proved their ability to conduct product-focused R&D projects this year,” says Alexander Boukhanovsky. “And I’m not talking about making something in a pretty package, but ensuring a stable, continuous research and development cycle in which theoretical studies produce practical prototypes, which in turn become real products with real customers and substantial external funding. What’s important is that all of these teams are mixed: they include the staff and students of various faculties, and even of ITMO’s other Schools.”

In 2020, he adds, the School of Translational Information Technologies has also launched a large-scale study related to the theory of distributed intelligent systems. Its team deals with challenges of the near future, in which devices with embedded artificial intelligence will become plentiful enough to be able, at least in theory, to form a massive “thinking” network.

“It would be ridiculous to be concerned about the AI of an individual coffee maker or a washing machine,” says Prof. Boukhanovsky. “But there is the possibility of such a thing as the “bot revolution” when the Skynet of fiction becomes a reality. It’s great to know that this research involves specialists from all of our faculties, including, for instance, our colleagues in photonics whose work deals with quantum effects. Earlier attempts at such inter-departmental theoretical research have been only slightly successful due to the fragmented nature of our scientific interests.”

As Alexander Boukhanovsky notes, this year the School has also been able to facilitate a mutually beneficial partnership between individual departments in regards to digital resources.

“The next step is to overcome the confederation stage of the faculties’ lives and move on to a genuine federation based on the principles of equality and mutual recognition. The conditions have been created and we’re moving forward towards that goal,” he concludes.

Two more awards were given to Andrei Melville, dean of the Faculty of Social Sciences at the Higher School of Economics, and Anatoliy Popovich, dean of the Institute of Machinery, Materials, and Transport at Peter the Great St. Petersburg Polytechnic University.