Last weekend, yet another Science Fest took place in St. Petersburg.  As  this time the event was hosted at the recently-opened planetarium, guests were able to watch full-dome popular science films about space and space exploration. Adherents of “hard” science could also attend lectures on modern technology, the capabilities of hybrid intelligence and Big Data, while those who thrive for new experiences could try out VR apps and see a hologram of R2-D2 at ITMO University’s interactive zone. 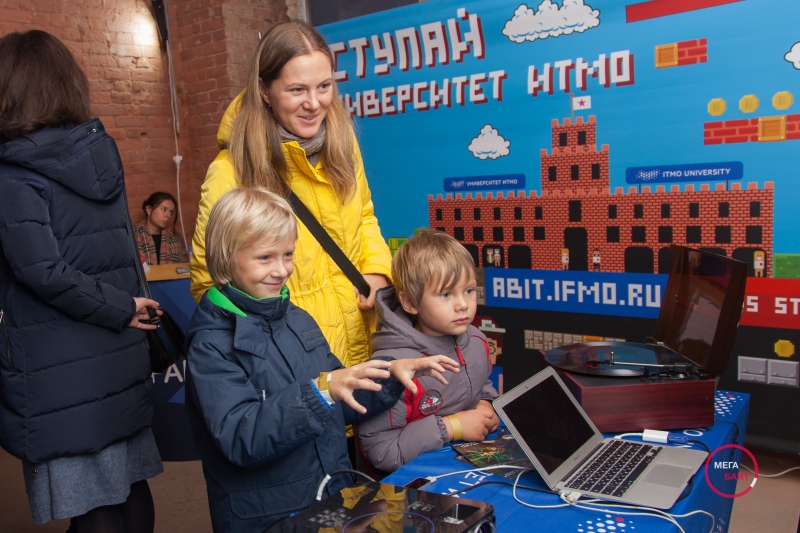 This time, the main topics of Science Fest were space, artificial intelligence, VR/AR, blockchain and neural interfaces. Guests and participants of lectures and roundtables had the opportunity to not just get acquainted with the prospects of these technologies, but also get practical advice, like where to study for a career in space exploration and, say, become an astronaut. Or, which skills can help you avoid losing your job to artificial intelligence.

Another topic that has been widely discussed at Science Fest was hybrid intelligence, that is, intelligence enhanced by neurotechnologies. It is expected that neurotechnologies will enhance our brain capabilities, and also help people with disabilities. As part of this trend, the Neurothlon took place at Science Fest - a competition between people who use assistive technologies; the event’s main purpose is to promote technologies used to enhance and restore the capabilities of the human body. The future of blockchain technology was also discussed at the event. Through the use of blockchain, we will be able to give up on such things as notarization of deals and many other formalities, as all members of a blockchain network will know about the deal. Cryptocurrencies, which are becoming all the more popular, were also a widely discussed topic.

ITMO.NEWS attended a lecture on how the analysis of Big Data on mobile networks’ users can help create their behavioral models, and then use them for marketing purposes. The lecture was given by Artemy Ponomarev, head of Smartphone Division at YOTA, who, with help from the students of St. Petersburg State University, developed Big Data analysis algorithms that help identify clients who no longer want to use services of a particular company, as well as model the clients’ everyday routes so as to offer more purposeful advertising.

The former task can be solved by analysing the behavior of people who’ve already given up on the services of a particular company. For instance, if some person had been using the services of a particular bank and then stopped doing so, the bank retains data on how how often the client withdrew cash and such. Thus, it can be compared with the actions of current clients. If they are similar, it is highly probable that these current clients will soon stop using the bank’s services. The lecturer gave another, well-publicized curious example of when an American retail chain’s analytical system started advertising pregnancy products to a teenage girl based on her purchase history. The girl’s father was outraged at the company; however, it later turned out that the analysis had been correct. How was that possible? The girl's purchase pattern was similar to that of other pregnant women. The system learned it by collecting data from her loyalty card - those are generally introduced with this very purpose.

Also, Big Data can be used to calculate the routes that are most popular with customers. It is quite simple - all one has to do is track the locations from where phone calls are made. Recently, Artemy Ponomarev’s team created a map of the routes most popular with football fans who are going to the Petrovsky stadium. Their hypothesis was the following: a person makes a call when they leave home, and another one once they arrive to their destination. “By using such maps, companies can order more targeted advertising in places popular with their clients,” explains the head of Smartphone Division at YOTA.

ITMO University also participated in the event. At its interactive zone, one could learn how holograms work - the Museum of Optics brought its exhibits to Science Fest. One of such exhibits was a hologram of a scene from "Star Wars" in which R2-D2 relays Princess Leia's message to Obi-Wan Kenobi. Guests of ITMO’s interactive zone could also take part in a space-themed adventure in a VR-game developed by the Department of Engineering and Computer Graphics. ITMO University also presented games that can be played with the power of one’s mind, as well as Leap Motion - a technology for human-computer interaction based on motion capture.