According to the “Ranking of Global Business Schools in Russia and CIS Countries”, prepared by the analytics center “Expert”, ITMO University is one of the top ten universities ranked by publication activity in the field of management. The university is also said to be the leader in its field-weighted citation impact (FWCI) index and the level of international scientific partnership in its subject area. ITMO University’s position in the ranking was calculated according to data on ITMO’s Institute of International Business and Law and the Faculty of Technological Management and Innovations. 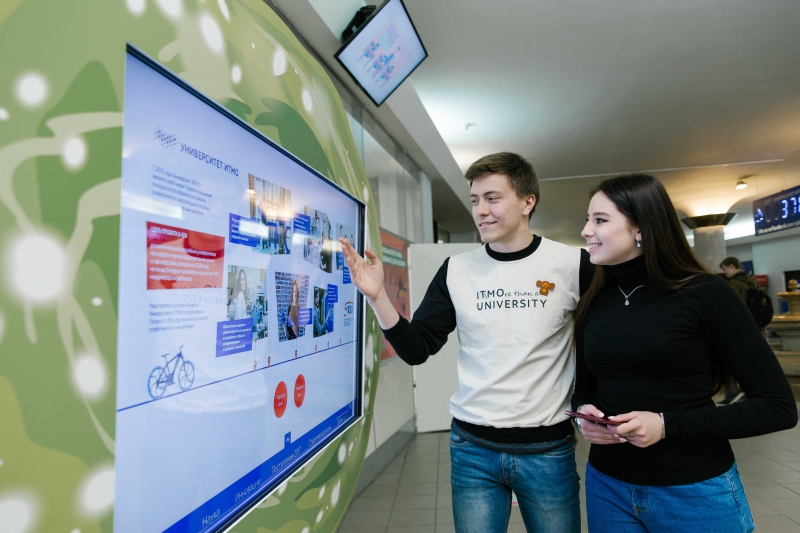 The ranking includes 30 universities from Russia, Ukraine, Kazakhstan and Belarus that have shown the most success in implementing educational programs in management and economics. The list consists of 22 Russian, 6 Ukrainian, 2 Kazakh and one Belarusian business schools. The institutions were evaluated based on three primary and two additional criteria: international first-level accreditations, scientific publications in top journals, development of practical cases as well as their level of partnership with foreign business schools and professional accreditations.

As noted by the analysts, the main ranking does not present a classic ranked list; its intention is to arrange business schools into clusters according to their progress and their level of activity on a global scale. The ranking’s definition of a “business school” includes private and state organizations and university-type structures that implement basic academic programs at Bachelor’s and/or Master’s levels in the field of management (human resources management, innovation studies), as well as extended education programs: MBA, EMBA, DBA.

Methodology and criteria for inclusion

Two tiers of criteria were used when compiling the rating: the primary (the completion of which is mandatory for inclusion in the rating) and the additional ones, which determine the schools’ level and future prospects in terms of their global presence.

To rank the schools and evaluate their global market potential, the analysts have also looked at the results of the schools’ collaborations with foreign business schools. Among such collaborations are: student exchanges, joint research and educational programs, as well as other types of scientific and educational partnership. The quality and level of cooperation was taken into account, too: only double-degree programs and programs that entail diplomas from both the originating school and the foreign partner were considered for the evaluation.

ITMO and RANEPA are the leaders when ranked according to average-weighted index in their subject area (the index measures the difference between the number of an article’s citations and the average number of citations for an article in the subject area).

Another of ITMO’s strengths is its level of international scientific collaboration. In this criterion, experts note the performance of ITMO University and Shevchenko National University of Kyiv: 73% and 67% of their articles, respectively, are co-written with foreign researchers.

“From a scientometric point of view the figures shown by ITMO University are worthy of high praise. If we were to look at the criteria used in the final ranking, which are the citation level (the so-called normalized citation impact) and the percentage of international researchers cited as co-authors, we’ll see that our figures are some of the highest among the other universities, even those placed above us in the ranking,” – comments Ilya Kuftiryov, head of ITMO University’s Rankings Research Center. – “In particular, the FWCI index which measures the rate at which a university’s articles are cited as compared to the global average. Our FWCI value is 2.1, meaning that our publications are cited twice as much as the average university’s. We also have a high percentage of articles co-written with foreign researchers (72.6%). All of this points to the conclusion that even though we lack the “form” i.e. a separate, branded business school institution, the content (two of our departments) and a strong research component are all there. For this reason, we will continue to progress in this area. We have the potential for even further growth in the fields of technology management and innovation entrepreneurship”.

ITMO University’s Institute of International Business and Law and the Faculty of Technological Management and Innovations have been included among the 12 business schools of the third category. The analysts characterize the third category’s schools as those at the very beginning of their path, but ones that have already achieved international visibility and are taking measures to further that success. Ekaterina Tulugurova, head of ITMO University’s International Educational Programs Department, when choosing its partners, ITMO U considers not only their position in the rankings, but their alignment in terms of strategic approach to the development of educational programs. Today there are more than 40 double degree programs at the university, 18 of which are in partnership with the world’s top universities.

“It is important to keep in mind that, unlike many other business schools on the Russian and the global markets, at ITMO University these departments are not an independent institution, but are exactly that – departments, the functions of which are tightly connected with the activities of the four Schools at ITMO University. Because of that, development of English-language cross-disciplinary international educational programs is the only correct way to ensure harmony and viability of the university’s educational aspect. Even today we’re implementing unique cross-disciplinary programs that intertwine IT competencies with knowledge of business and management. Among our new goals we give priority to the development of connections and search for partners in topical cross-disciplinary clusters. We want to create unique educational products – not just double degree programs, but any other forms of educational collaboration that would involve the world’s leading experts,” – comments Ms. Tulugurova.

The Institute of International Business and Law collaborates with the World Intellectual Property Organization, the World Customs Organization and the UN Economic Commission for Europe. These international organizations are active partners of the Institute’s projects and provide internships for its students. As part of two- and multi-party agreements with foreign universities, the Institute conducts internships, study visits and practical training programs for students and professors.