ITMO Is Placed Third in National IT Ranking

The ranking agency RAEX has just unveiled its first ever ranking in the field of IT (initiated as part of the federal “Human Resources for Digital Economy” project). ITMO was placed third out of all 50 universities included in the ranking. ITMO University also continues its rise to the top of the agency’s annual ranking of Russian universities, having gone up from 15th place last year to 14th place in 2019. The results of the tenth National University Ranking (NUR 2019) by the international news agency Interfax were also published today. ITMO retained its position in the top-10 Russian universities, ranking ninth in the overall standing. 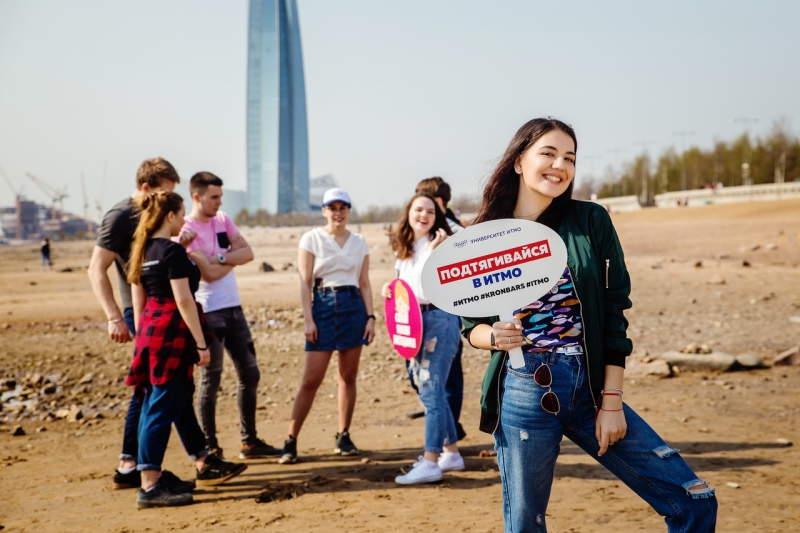 Evaluations in this eminent ranking are conducted on the basis of six criteria: education, research, social environment, international and interregional partnerships, innovation and branding. The resulting list of top-10 Russian universities this year is mostly similar to the 2018 one; ITMO University retains its ninth position to which it rose last year.

To compile the annual ranking, analysts from Interfax use various public data on the universities’ activities, scientific performance and the results of monitoring conducted by the Ministry of Science and Higher Education. The results of the analysis conducted by the Interfax SCAN system for the comprehensive analysis of news are also taken into account. The majority of the information analyzed is provided by the universities in the form of a survey.

IT Ranking by RAEX

This year’s IT Ranking is the first one for the ranking agency RAEX, which has just presented it as part of the federal project “Human Resources for Digital Economy”. ITMO University was placed third, coming right after Moscow State University and Moscow Institute of Physics and Technology. All in all, the newly-launched RAEX ranking of Russian higher education institutions in the field of IT consists of 50 universities.

In 2018, the company Sibintek launched an initiative to identify those Russian universities that could become the core for the training of key human resources needed for the development of the digital economy. Compiling the rankings of best higher education institutions and schools in the field of information technology was proposed as the first step in this direction. RAEX developed its methodology in close cooperation with the representatives of the academic community. Underlying the resulting ranking are three groups of indicators which reflect the most important areas of the universities’ activity: “Quality of education”, “Demand for graduates on the labor market” and “Research activities”.

In its assessment of the universities’ student contingent, the agency decided to limit the ranking to the core areas of IT specialist training, eliminating those areas where the IT component is present but is not dominant. Mathematical sciences are the only exception to this rule, as the graduates with a mathematical background are actively joining the ranks of employees of leading IT companies and IT departments of various organizations.

“It has to be noted that RAEX uses its main ranking as a foundation for its rankings of the reputation of universities in six integrated fields. However, these are based solely on the results of the opinion polls conducted among the academic community, students, graduates and industry representatives. In contrast, this IT ranking can be seen as a bona fide subject ranking since it uses a sufficiently large set of criteria relating to educational and research activities and not limited to the reputational (survey) component. Both in Russia and on the international level, ITMO University is a recognized leader in a number of these criteria, above all, in terms of the number of victories in major student competitions in the field of IT and mathematics: the University is the only seven-time world champion of the top sports programming competition ICPC. ITMO also leads in terms of its scope of IT areas relevant to the development of the digital economy, and the average score of the Unified State Exam of students enrolling in its IT programs. All these criteria are 100% verifiable and transparent,” comments Ilya Kuftiryov, head of ITMO’s Rankings Research Center.

The ranking agency RAEX has also just published the results of its eighth annual ranking of Russian universities. The latter are assessed on three main criteria: conditions for obtaining high-quality education, demand for a university’s graduates among employers, and the level of research activity. The 2019 ranking placed ITMO one position higher compared to last year: ITMO rose from 15th to 14th place among all 100 universities considered.

ITMO University improved its standing in two of three assessment criteria: in the category “conditions for obtaining high-quality education” the University moved up by three positions, placing tenth; it also moved up by two positions in the graduates’ demand among employers category, placing 33rd. It retained its unwaveringly high position in the research activity ranking, listing 8th on this criteria. As in last year’s ranking, this year’s top-3 includes Moscow State University (first place), Moscow Institute of Physics and Technology (second place) and  National Research Nuclear University MEPhI (third place).

The ranking is compiled based on statistics and the results of a survey conducted among 60,000 respondents, including employers, academics, scientists, students (which form the majority, 50,000, of all respondents) and graduates. Statistical data used includes university surveys, scientometric information and information from open sources. In 2019, 158 universities participated in the survey, compared to 145 in 2018, 144 in 2017 and 2016, 133 in 2015 and 125 in 2014.

Full results of the general and IT rankings by RAEX are available here (in Russian).