The Council for Grants of the President of the Russian Federation has announced the list of winners of the competition for state support of leading scientific schools. The list includes two teams from ITMO University, headed by Pavel Belov and Vladislav Bougrov, respectively. 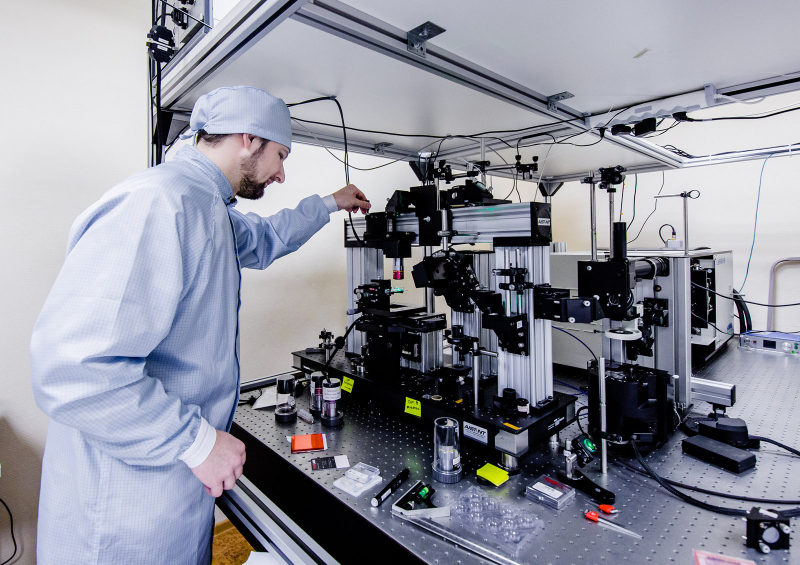 A “scientific school” is a team of at least 10 members that works within the scope of one scientific subject and trains specialists within the framework of educational programs.

Every year, the Russian Ministry of Science and Higher Education and the Council for Grants of the President of the Russian Federation conduct a competition for such teams, with winners receiving research grants for a period of two years. The commission evaluates the applicants’ publications in journals indexed by Web of Science and Scopus, their reports and presentations at conferences, IPs, educational activities, and public recognition (awards, titles, and other honors) over the past three years. In addition, the selection takes into account the relevance and novelty of the team’s research, the significance of their planned results, and their contribution to the nation’s scientific and technological development.

In 2021, two teams representing ITMO University were named winners in the Technical Sciences category. One of the teams is headed by Professor Vladislav Bougrov, head of the university’s Institute of Advanced Data Transfer Systems. As part of the grant, he and his team will conduct a study on the theoretical and practical aspects of prospective materials and devices of optoelectronics and electronics.

“In recent years, we’ve completed a number of major R&D projects on this topic. Some of our results are already being applied in practice by the Russian industry. In addition, we’ve published many high-level articles and introduced new research fields, one of which is represented by our application to the competition. In the future, we plan to continue working on the forefront of R&D, develop collaborations with our partners and the industry, and look into new subject areas,” comments Prof. Bougrov.

The other team’s head – Dr. Pavel Belov, head of ITMO’s School of Physics and Engineering – received a grant for a study focused on wireless MRI technologies. This project aims to develop a complex methodology that includes the improvement of hardware, optimization of pulse sequences, and the introduction of new MR signal processing methods in order to boost the quality of visualization in clinical and pre-clinical MRI.

“In terms of results, we expect to deliver a number of devices and software for the analysis of the brain cortex, cartilaginous tissue, and the peripheral nervous system. Overall, our team’s development plan includes working on subjects that are new to us: low-field MRI, active development of clinical MRI applications, and the creation of new methods for contrast enhancement and shaping of RF pulses,” tell us Dr. Belov and his fellow team member Anna Hurshkainen, a researcher at ITMO’s International Laboratory of Applied Radioengineering.

This year, each grant for fundamental and applied research will amount to 2.9 million rubles per year. Out of 112 applications, 50 winners were chosen, including 10 in the Technical Sciences category.