From the Capital: A Trip to Moscow

The sky is clear. The wind is not so strong. The sun is slowly setting, and the tallest trees are as interconnected as any big forest by the road. Darkness is slowly becoming light. It seems like the last rays of the sun and the yellowing of the sky lasts only a short while and then the end of the day and the start of the night will begin. 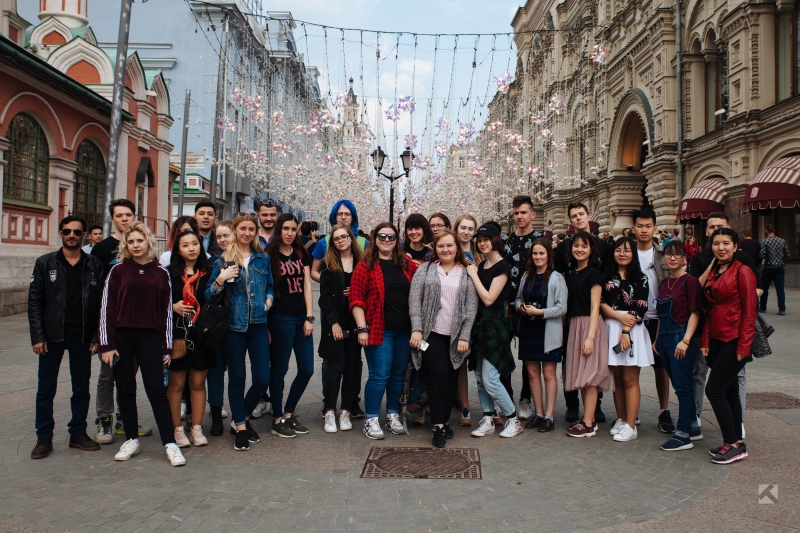 I see the whole scene from the bus window. The heating system inside the bus is also good, because of this I have also taken off my coat and placed it by my side. I am sitting on seat number 29 of the bus which is the window seat. We are returning from Moscow to St. Petersburg.

We had this tour for three days and, today is the third day and we are going back after visiting many different places. We are more than thirty students, including international students on this trip. The tour is organized by the ITMO.Students community.

After check-in at the hotel and leaving bags in the hotel room and having breakfast we went to the Space Museum. We split into two groups to visit the museum. After that, we boarded the bus and took a sightseeing tour of Moscow City during which, we saw Church of All Saints, Kremlin Embankment, St. Basil's Cathedral, Red Square, Cathedral of Christ the Savior, Tverskaya Street, Pushkin Square, Moscow theaters, Lubyanskaya Square, Presidential Administration, New Arbat, Znamenka, Sparrow Hills, and Moscow State University building.

After that, we went to a restaurant and had lunch. The restaurant was in a basement, a short walk from the main road. The restaurant’s food was amazing. We had lunch there both days. After lunch, there was a quest around the city. And finally after a busy day, we returned to the hotel at night and had dinner. Early the next morning, we got up to visit the Kremlin. We were there probably a little early, which made us wait a little longer. It was morning and there was a cold wind. There was a subway station nearby so we went inside this subway station to avoid getting cold. After a while, we came back, and our guide bought us tickets, and then entered. There was a lot of people, and everyone was allowed to go in after the security.

Well, we went through all these steps and entered. The guide was telling us about the history of the Kremlin in detail. The Kremlin has been the official residence and office of Russian kings and revolutionary leaders for centuries. The current President of Russia, Vladimir Putin, also sits in the Kremlin, tourists can go near his office and we also went there. We also visited the Red Square after visiting the Kremlin, and the most buildings in Red Square are red. After this, we walked a little and had lunch and finally started our journey back to St. Petersburg.

And now, when I am writing these lines, we have entered Petersburg. After a while, the bus will stop near a metro station, and we will board the last train on the subway to the dormitory.