The selection process for the Priority 2030 national program came to end on September 26. Based on the results of the selection, ITMO University was named among the top Russian universities that will receive a grant of 100 million rubles. The full list of winners for the Priority 2030 National Program is published on the official website of the Russian Ministry of Science and Higher Education. 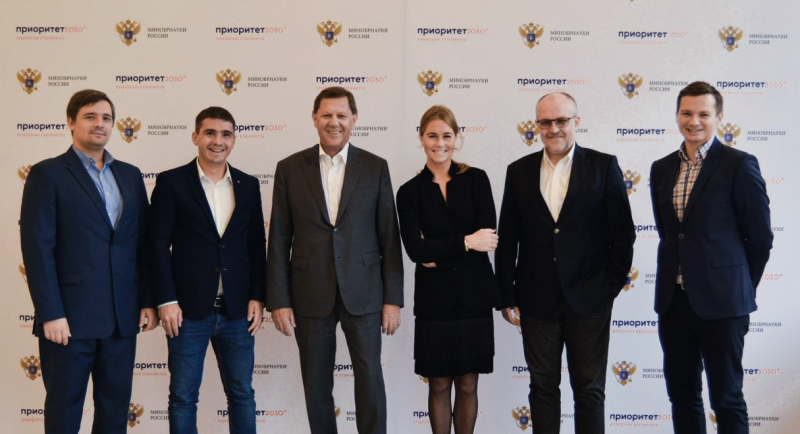 ITMO team at the first qualifying stage of the Priority 2030 program in Moscow. Credit: priority2030.ru

Priority 2030 is a strategic academic leadership program aimed at supporting universities. Its mission is to ensure that Russia has 100+ advanced, modern universities by 2030 that will become centers of the country’s scientific, technological, and socio-economic development. The new program took over from Project 5-100 which was designed to increase the academic excellence of Russian universities on a global scale (ended in 2020).

The financial support includes an annual base grant of over 100 million rubles for each university, as well as extra funding that will be reviewed by the committee within a separate competition.

Out of 187 applications, the committee selected 106 Russian universities from 46 federal subjects that will be awarded a base grant. ITMO University was named among the winners of the program’s first stage.

“Thanks to Project 5-100, we managed to unleash our potential and lay the groundwork for the future. Now, Priority 2030 is here to support the university’s strategic projects aimed at facilitating changes both within and without. The proposed changes will have an impact on the national economy and accelerate scientific and technological achievements. That’s the goal of our strategy and ITMO.Impact in particular. We strive to be an organization that makes a difference, a university with cutting-edge technologies and highly personalized education,” comments Daria Kozlova, ITMO’s First Vice Rector.

The special grant provides universities with up to one billion rubles per year to ensure the implementation of advanced research and the creation of high-tech products and technologies. The money can be also used to build and strengthen human capacity in research and development. ITMO University will present its development strategy as part of the research leadership track.