On October 26-27, 2018 the Immanuel Kant Baltic Federal University in Kaliningrad hosted a session of the Council on Competitiveness Enhancement of the 5-100 Russian Academic Excellence Project. Over the course of two days, participating universities of the Project reported on the results achieved so far and their future plans for development. 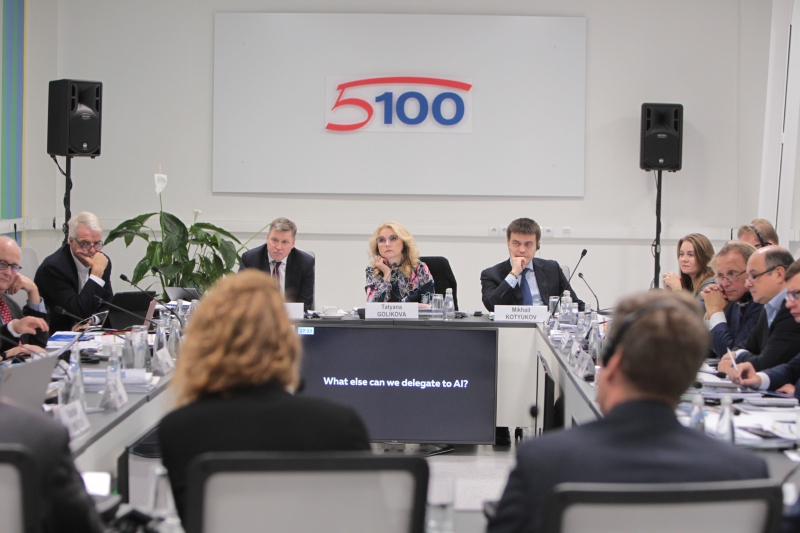 21 Russian universities participating in Project 5-100 presented reports on the implementation of their academic excellence programs. On the second day of the session, ITMO University, along with 10 other universities, presented its report.

As Marianna Chistyakova explains, Project 5-100, which was launched in 2013, has since introduced a number of tools using which Russian universities can transform and develop themselves, improving their standing in the global research and academic community, as well as rising higher in international academic rankings. For instance, ITMO has, for several years, maintained a presence in the THE Computer Science Top-100 ranking of the world’s best IT universities. In addition, this year ITMO University was included in Springer Nature’s Russian Top-5 in terms of publication activity.

“What happened on October 26-27 in Kaliningrad was a key, important event for ITMO University and all participants of Project 5-100. A session of the International Council on Competitiveness Enhancement of Leading Russian Universities is one of the highest forms of expert assessment for a university,” said the head of ITMO’s Strategic Development Department.

ITMO University, which has maintained a leading position among Project 5-100’s participants for several recent years, reported on its results and achievements and presented its plans for development up to 2020. A key topic of this year’s presentation was artificial intelligence. In 2018, ITMO University won in a grant competition organized by the Ministry of Education and Science, securing funding for research in the field of machine learning and cognitive technologies. Within the next five years, ITMO University and its partners plan to provide solutions to a number of scientific, educational and infrastructure-related issues related to the introduction of cognitive technologies into cutting-edge markets. In September 2018 the university held the first session of the National Center for Cognitive Research, created for the purpose of this research.

Today, the National Center’s consortium includes more than 20 institutions, from leading high-tech companies to universities and research institutes. Its key goal is to create a national ecosystem for development and introduction of machine learning and cognitive technologies.

“It has been five years since Project 5-100 was launched; it’s time to gather stones, to share our experience and to use it for the good of the entire system of science and higher education in Russia. Which is exactly what ITMO University is doing even now. In addition to ambitions and plans, we also have results. We took a responsibility to carry out specific tasks, and we accomplish them. Our presentation was very intense, with plenty of questions and discussion. But it has also left us feeling positive: we know where we are heading, why and how. And we have the support and approval of the government, our partners, our staff and the members of the 5-100 Council. How are we going to achieve everything we’ve set out to do? We have AI on our side,” commented Daria Kozlova, ITMO University’s First Vice Rector.

In the time since Project 5-100 begun, the number of international research laboratories at ITMO has grown from two to 29, and the staff of those labs from 38 to 750. Today, researchers at ITMO University are working on seven different mega-grant projects.

ITMO University fosters young science: the percentage of young scientists among its research staff is, as of today, 45%. The number of international researchers has grown significantly, too: from 10 in 2013 to 150 in 2018. In 2018, researchers from the university won the right to conduct experiments at the European XFEL facility. The project, carried out in collaboration with scientists from Germany and France, became the first XFEL project to be led by a Russian team. The experiment, supervised by Professor Vladimir Dubrovsky, is set to begin on October 26, 2018, and end on October 30 of the same year.

Major changes were also made in regards to education: starting this year, students at ITMO are able to form their own, individual educational tracks. Students of different subject fields, in addition to a list of required courses, can pick from a selection of elective courses. Subjects common to all students include topics such as digital and entrepreneurial culture, creative technologies, critical, analytical and systems thinking, and soft skills. This year also marks the launch of several new interdisciplinary programs for Master’s students: Art&Science, Bioinformatics and Systems Biology, Cognitive Technologies and Quantum Intelligence, and Molecular Sensing and Biorobotics.

“Balance becomes a growth driver for the university’s development in a rapidly changing world. To find and to follow that balance is a challenge that the university will tackle in the coming years. A balance between physical and virtual, between online and offline, between the natural and the artificial: all that aligns with our mission and forms our person-oriented development strategy. We have a responsibility to individuals, to the city, the region, the nation and the global community. It was important to us that we channel that through specific examples of results, achievements and goals, and our team managed to do just that. We still don’t know the precise results of our defense, but our achievements and vision of the future set a high bar that we are actively moving towards; we intend to maintain a fast pace on our way there,” stressed Marianna Chistyakova.

ITMO University’s presentation shown at the session is freely available in Russian and English.

Now that the session has ended, the Council will prepare a report for the Russian Ministry of Science and Higher Education in which it will provide its recommendations on the continuation of state support for Project 5-100 participants and suggestions on implementation of the universities’ programs for academic excellence enhancement.

Commenting on the achievements of Project 5-100, the council’s chair Tatyana Golikova noted that Project 5-100 has gained recognition of educational institutions and businesses alike.

She also took note of Russian universities’ positive growth and their potential, and also reminded them of the tasks and responsibilities they have undertaken.

An announcement was made during the session that state funding of Russian universities as part of Project 5-100 will be extended up to 2020.

“The Ministry treats these matters with a great deal of attention, and we expect Project 5-100 to continue on. We all understand that higher education in Russia must continue to develop, and there are big plans and tasks ahead of us”, said Mikhail Kotyukov, the Russian Minister of Science and Higher Education.