A regional ICPC representative office has been established at ITMO University. The office will provide organizational support for ICPC events in Russia and Northern Eurasia. We got to meet the head of this new office, ITMO Alumnus Matvey Kazakov, and ask him what made ITMO University the center of the ICPC movement in Northern Eurasia, the most important thing for a contest participant and the launch of ICPC University. 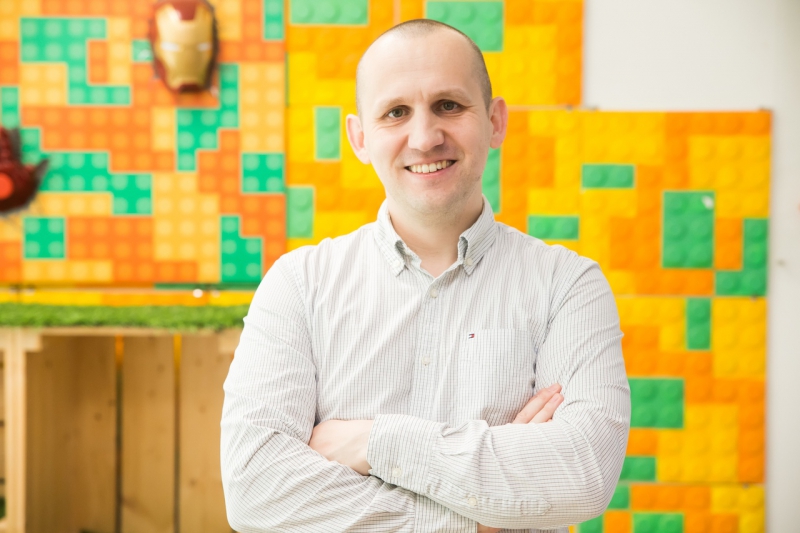 ICPC Global is an international organization behind the world’s oldest international programming contest, International Collegiate Programming Contest, first launched in the 1970s. Originally, only American and Canadian universities participated in it, but these days students from 3,000 universities all over the world compete for the status of ICPC Champions.

The final round, in which teams meet to determine the world champion, is preceded by regional contests held in various parts of the globe: North America, East, and West Asia, Northern Eurasia, Europe, etc. There are regional offices of ICPC Global in several regions; one such office has recently opened in Russia, based at ITMO University. Matvey Kazakov, who himself once competed for the title of ICPC world champion, is now head of this office.

Russia has been successfully participating in ICPC for many years. Moreover, our country has already hosted the world finals once. Why create a regional office now?

ITMO has been organizing ICPC Contests in Russia for over 20 years. It all began in 1996, when Vladimir Parfenov, the Dean of Information Technologies and Programming Faculty, brought ITMO University’s team to the 1995 semifinals in Europe. The team performed well which inspired the idea to host the event. The current rector of ITMO University, Vladimir Vasilyev, encouraged the idea, which resulted in organizing a semifinal at the university with support from Bill Poucher, Executive Director of ICPC. Back then our region was relatively small, with less than 100 teams.

These 24 years saw many changes: our region grew and now includes over 2,000 teams, and our neighboring countries joined us. There are now 16 subregions, only nine of which are within Russia. We cover all of Northern Eurasia. And the system keeps developing - there are three stages of the contest: the qualifier, the quarterfinals, and the semifinals.

As we represent ICPC Global and our contests are a part of the whole system, a regional office will help us directly address infrastructural issues and develop on a regional level the areas that are harder to control from a global one. We would be able to address any issue faster and more efficiently.

What are the main objectives of the new office? What was it created for?

In recent years, ICPC has expanded into several new areas of activity. First of all, over the last 20 years, more than 320,000 people around the world have become ICPC Alumni. For the most part, they work in the high-tech industry and many of them hold executive positions or run their own businesses. These former contestants have founded around 6,000 companies. We want to assemble these alumni to create solid ground for new projects and overall support of the ICPC movement. It is a flourishing field that keeps growing. This summer ITMO hosted the first-ever ICPC Alumni meeting.

ICPC University is another project in progress. It was created to offer equal opportunities to every potential ICPC participant, regardless of where they live. If in 1999 there were less than 2,000 teams worldwide, now we are talking about dozens of thousands - a massive increase, but we don’t have  100% coverage yet. Not every region has enough coaches or training opportunities, there is no infrastructure and so on. ICPC University is a global project that will eliminate these barriers  for future participants. We want to enable any university to join the movement. Right now, however, we rely only on volunteers, so we have certain limiting factors. This office is meant to support those who are already involved and help them, as well as develop this initiative further.

How will this new office be integrated into the international agenda of the ICPC?

We represent ICPC Global, so all our actions will be approved by the ICPC Headquarters. It is crucial that we are not isolated. Our task is to create and support the infrastructure here that will become a part of the international ICPC infrastructure.

Our region is already international, but it still has to be connected to other regions to create a unified environment for every participant and alumni. We will ensure this by exchanging information, sending our coaches to international training sessions, and inviting participants from other countries. We are not going to revolutionize anything; we will only promote and expand the already existing undertakings.

Who is in the new office team? Does it include any ICPC participants?

At this initial stage, our team is comprised of ITMO alumni and employees. That includes me, the ICPC Director of Operations and a 1996-1999 ICPC participant, Victoria Volochay, who represents ICPC News Northern Eurasia, Lidia Perovskaya, Creative Director of ICPC Live, and Georgiy Korneev, Deputy Director of ICPC NERC and a 1998-2001 ICPC Participant. ITMO University’s Strategic Communications Department, including, for instance, Anna Veklich, will help us along the way.

Why was it that ITMO was chosen as the ICPC regional office in Russia?

ITMO University is actually the starting and central point of all ICPC activity in the region. Thanks to ITMO, our region where the competitive programming infrastructure was created from scratch now serves as an example for others. We “compete” in terms of growing with the Asian and Arab regions, but our teams come first thanks to our coordinated team of volunteers who have been doing this for years. It’s quite natural that the regional office was founded here.

How will the office help local organizers and participants? How will it make their lives easier?

For those who couldn’t take part in the contest before it means an opportunity to join the movement. It will facilitate access to the contest for everyone. As for the organizers, it will be easier for them to find opportunities to improve the quality of their events.

And how will you achieve that? Are you going to contact different universities or will they have to contact you?

Of course, we will actively try to involve as many universities as possible. I believe we can increase the number of teams in our region from 2,000 to 5,000 over the next five to ten years. IT is at its peak now with the number of programmers growing day by day, and it is our goal to let them all demonstrate their skills. 20 years ago ICPC used to be a closed community for programming enthusiasts only, while now ICPC is a contest for everyone. We have to feed this interest and invite even those universities that don’t specialize in IT to join in. Although currently, we haven’t even covered all the IT universities.

Tell us a little about your ICPC experience.

I took part in the 1999 contest, where I received a medal and then spent a couple of years coaching ITMO teams. When we got our gold medals yet again in 2001, our star coach Andey Stankevich became a “veteran” because you can only participate twice in the World Finals . Thanks to Andrey’s coaching ITMO became not only a frequent host of many contests but also the holder of a world record – out of the 14 trophies  won in our region over the last 20 years, ITMO took 7.

How does the ICPC winner title help students in their professional life?

If we take into account those still in school, taking part in ICPC at this level means instantaneous attention from Russia’s leading universities. For university students, it's the attention of top-tier companies. In other words, a student that has passed at least one stage will automatically garner the interest of regional companies. Those who get into the regional finals will absolutely be noticed by global corporations. They receive job offers very quickly.

It is also clear that universities, for instance, ITMO, will try and recruit at least some of the winners. These people actively conduct scientific research. One of the key abilities of an ICPC alumnus is problem-solving skill, and that can be used not only for mathematical problems. Such people are in demand in business and in science.

What is crucial for someone willing to take part in ICPC – math skills, knowing how to work in a team, or the ability to think fast?

One can say that they are all important. Conversely, motivation is the key. It all starts with a motivated desire to take part, to try. Then you start educating yourself, take online-courses, join various training spaces, and get into a group of like-minded people, who are all crazy about programming.