The team of the Total Dictation initiative is launching a new contest for authors of popular-science works on Russian language and literature. Journalists and bloggers who explore topics close to those of Total Dictation, are invited to participate, as well as specialists in the field of science and science communication who are interested in the popularization of the Russian language. ITMO.NEWS spoke to Ilya Stakheev, deputy director of the Science Communication Center at ITMO University and one of the founders of Total Dictation, to find out about the contest’s rules and why participating in it may be interesting not only to journalists and philologists. 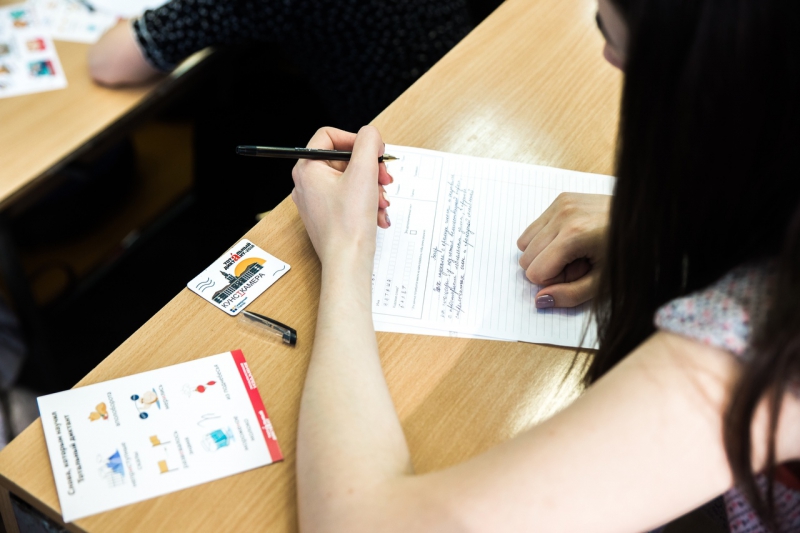 The science popularization contest by the team of the Total Dictation initiative will be held in November and December of 2019. Everyone wishing to participate should apply before December 2. This involves submitting an example of your popular science work in the field of Russian language and literature. Almost any format will do, from texts or ideas for texts to video and audio recordings. The work will be evaluated by a jury consisting of science popularization professionals from ITMO, Higher School of Economics and National University of Science and Technology “MISiS”, as well as experts and partners from the Total Dictation initiative.

“This is a joint project by Total Dictation and ITMO University’s Center for Science Communication,” says Ilya Stakheev, the Center’s deputy director. “We want to develop the science communication and popularization environment, create platforms for the implementation of interesting projects and generate opportunities for scientific and popular-science content to have its own distribution channels.”

After the applications close on December 2, a total of 30 of the best works will be passed over for an evaluation by the expert jury members. The results will be announced on December 16. The awards ceremony will take place on January 31, 2020.

“The conference will feature sections dedicated to humanities sciences, a meet-up with Andrey Gelasimov, the author of this year’s Total Dictation set text, the vote for choosing the capital of the Total Dictation initiative (which St. Petersburg is in the running for, and we invite everyone to support the city at totaldict.ru). This year, our Center for Science Communication also organizes a special educational track on science popularization in the humanities,” adds Ilya Stakheev.

Not just for philologists

According to Ilya Stakheev, first and foremost the contest’s organizers aim to attract science journalists, bloggers and philologists. But he adds that this doesn’t mean that  IT specialists, physicists, and chemists interested in the modern Russian literature and the living Russian language need not apply.

“ITMO is currently the only Russian university to offer a Master’s program in Science Communication. Naturally, this contest’s most obvious audience is the Master’s students of this program,” believes Ilya Stakheev. “But for everyone else, it presents a great opportunity to delve into any language-related problem they’re interested in. Even the most advanced IT specialists or scientists doing research in exact sciences use everyday Russian in their day-to-day life. This is a very important communication skill or soft skill as it’s more popularly known these days. Martin Heidegger once said that language is the house of being, because all our knowledge is encompassed in language. This is an interesting, interdisciplinary and practical task not only for humanities specialists. As we know, apart from being an expert in physics, Mikhail Lomonosov also was a great humanities scholar. Multifaceted education undoubtedly is an asset in the modern world.”