This week, we’re talking to Juan Camilo Diosa, who is getting a Master’s degree with the Big Data and Machine Learning program. He came from Colombia almost two years ago, and in this interview, he told us some of his experiences as an international student and why he chose Russia to reach his educational goals. 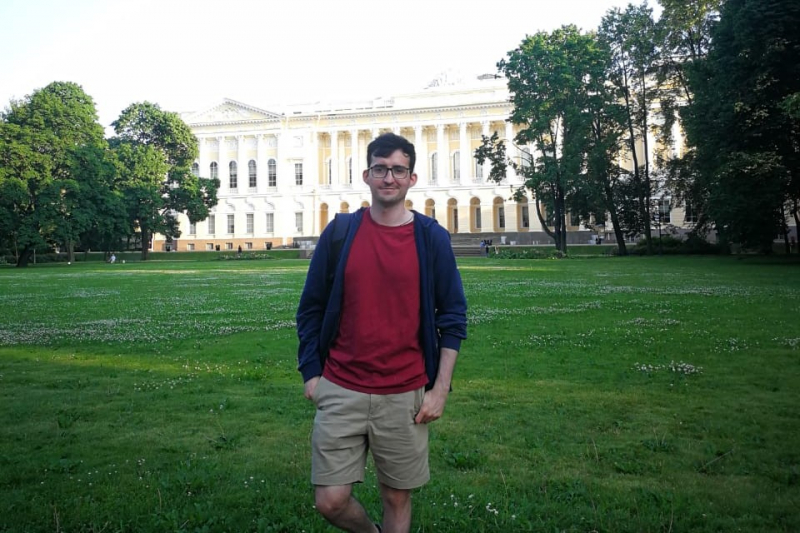 I won a scholarship. I have a degree in Economics from the Latin American Autonomous University, and because I had good grades in my Bachelor’s studies, I was able to participate in the scholarship program that is offered by the Colombian government organization ICETEX together with the Russian government. I chose Russia as my destination because I have always been interested in this country, its culture, development, and education.

What were your impressions of communicating with the university?

I first contacted ITMO by email when I was already in Russia. The process of getting the visa was very simple because from the beginning the university tells you what documents you should obtain in your country. The university takes care of the whole process.

When I arrived in Russia, I was surprised by the people’s friendliness and the number of people from other countries that are here. The Russian language had always caught my eye, so I really appreciated being able to learn it. As for the dorm, my experience was not the best. The dorm does not allow for privacy.

People are friendly and they help you if you reach out to them. The first days were very interesting because I got to know some places in the city and learned more about Russian culture.

Did you know Russian before you came here? Do you have any tips on boosting your language skills?

No, I did not know Russian before coming here. The first year of the scholarship program consists of studying Russian. In my case, I studied for a year in the city of Pskov. One tip for learning Russian is to take the initiative and talk to people, as they won’t do it for you.

How is life as an international student?

It is difficult for international students. You have the best teachers but sometimes you can't form a good relationship with them due to your different cultural backgrounds. However, most of the time the teachers are nice. The classmates are friendly and helpful. Though you have to study really hard as an international student.

What do people in your country think and say about Russia?

People on the Western side of the world generally don't have the best perception of Russians. However, after learning that Russia is an incredible tourist destination and that the people are friendly to tourists, everything changes. For me, Russia has always been a great country.

As I said before, international students have to spend more time studying. I don't really have any hobbies, I just really enjoy walking around the city. St. Petersburg is fantastic.

My plans for the future are to get a job where I can apply what I have learned at ITMO anywhere in the world.

Russia is a great country: here, you will find the best of the Eastern hemisphere’s cultures. Russians will always help you in a friendly way. With the use of new technologies, it is easy to break the language barrier. My advice is to venture out to get to know this great culture.