Tsegai Haileslassie Tekle came to ITMO University from Eritrea, East Africa. He is currently in his first year of the Chemistry of Applied Materials Master’s degree program at ITMO’s SCAMT Laboratory. 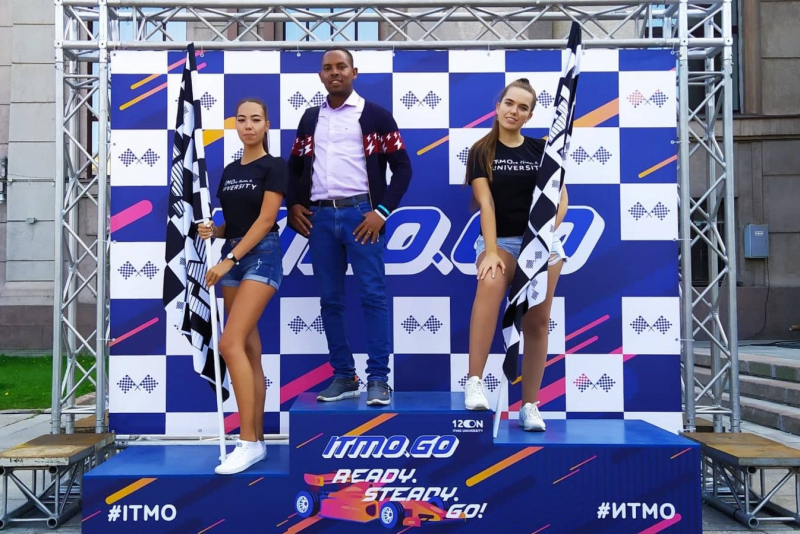 Why did you choose to get your Master’s degree at ITMO University?

There are quite a few reasons: ITMO University is one of the leading higher education and research institutions. It’s also one of the 15 Russian universities that were selected to participate in the Russian Academic Excellence Project 5-100. Another important factor was that I studied English, and ITMO is one of the few universities in Russia that teaches Master’s courses in English, so I could not pass on that opportunity.

I found the specialization “Energy and resource-saving processes in chemical technology, petrochemistry, and biotechnology,” which was part of my dreams. There was also a small but important consideration. I liked the philosophy of “It’s more than a University” and I liked ITMO’s capabilities for integration and adaptation of international students.

Did you have any expectations before coming to St. Petersburg?

My country has a long history of educational relations with Russia, so my expectations were just to pursue my studies. And regarding the living environment in Russia, it’s all beyond my expectations. The image that I had of Russia and its people from the media is totally different. Russians are respectful, polite, decent and generous people, unlike how they are portrayed in the Western media.

What would you say is the difference between an African and a European metropolis?

There are several differences between African cities and European cities. Fortunately, I am also able to see the similarities rather than the differences between my home city Asmara (also known as Piccola Roma, or "Little Rome", in Africa) and St. Petersburg. For example, aesthetics – they both are influenced by Italian architecture. I am really fascinated with the beautiful art deco buildings along the Neva River and the city center, the world-class bridges and ring roads, the Hermitage and other museums, the beautiful metro, the hotels, and theaters. I am lucky to enjoy the fabulous environment of St. Petersburg.

Is there any great book or movie you’ve read or seen recently?

Most of the time I’m used to reading scientific books related to my field of study. But, in my spare time, I read psychology books. Recently, I read The Power of Habit by Charles Duhigg, and The 48 Laws of Power by Robert Greene.  I like to watch motivational drama movies and Eritrean cultural movies. Recently I watched Fireproof by Alex Kendrick.

What’s the most beautiful place you’ve ever been to?

I’m used to admiring any new place for its uniqueness and it’s hard for me to pick the most beautiful place in my mind. But, I can never forget the life I enjoyed in both Moscow and St. Petersburg.