Three years ago, ITMO University implemented a VR class for first-year students studying inorganic chemistry. As noted by the university's teachers and MEL Science developers, the immersive experience had a positive impact,  increasing students’ learning progress by 20%. The results of the experiment were published in the Journal of Chemical Education. 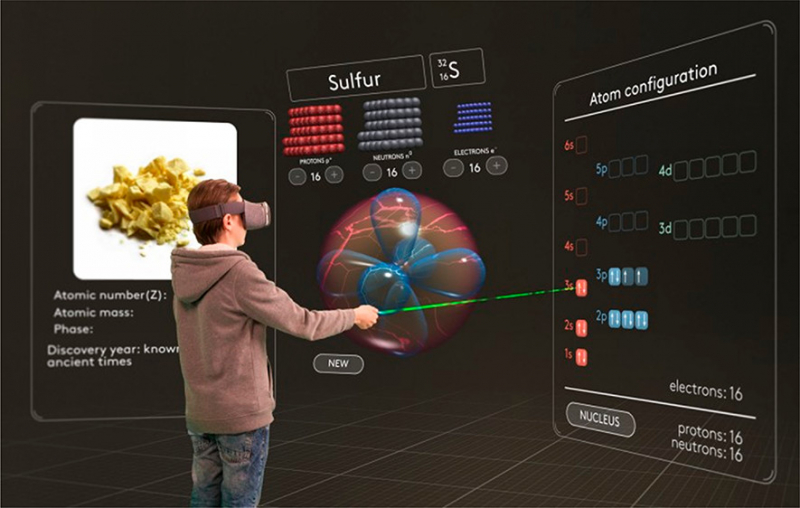 ITMO professors are constantly trying out new educational technologies in order to find effective approaches to teaching academic subjects. In particular, the university has been actively using the capabilities of VR in chemistry.

“It all started in 2018,” recalls Mikhail Kurushkin, the dean of ITMO’s Faculty of Biotechnologies. “I had just started working at ITMO’s ChemBio Cluster and had to transform Bachelor’s programs in inorganic and physical chemistry. At that time, I met Vassili Philippov, the founder and CEO of MEL Science, which creates VR chemistry lessons, and learned that we share similar views on teaching the subject. He introduced me to the technology by letting me take part in my first-ever VR class. And I was so impressed that in a couple of days, I already started to implement the approach at my university.”

Since that moment, the university started to steadily introduce VR technologies – both MEL Science and ITMO products – in the educational process.

ITMO had the chance to introduce several MEL Science projects, among which was an interactive lab called Make Your Atom. During this class, students could see an atomic nucleus, consisting of protons and neutrons, interact with it, and also figure out how the number of electrons can affect the atom’s properties.

“Regular chemistry classes don’t provide the so-needed tactile and visual experiences. Knowing that, we decided to create an educational product that would allow users to experience chemical reactions first in the real world and then in the VR world, at an atomic level,” notes Dmitrii Andreev, the head of the VR Department at MEL Science.

Designed for a wide audience, the product had to be available to all people, including those experiencing VR sickness. The company worked hard on solving this problem and came up with several solutions: software programs for optimizing the number of frames per second, lesson designs, and special effects.

“Our very first class features an extremely impressive scene: standing in front of a pencil, a user starts to gradually shrink as they “plunge” into its lead. If before that, we only saw the pencil, now vibrating atoms appear before our eyes,” says Dmitrii Andreev. “It’s extremely fascinating, yet some people might experience discomfort due to the motion. To solve this problem, we added an extra window so that users could observe what was happening as though they were using a microscope. It allowed us to avoid an uncomfortable situation for some users and thus boost their engagement and learning progress.”

An improvement in understanding

In 2020, ITMO University decided to sum up the experience of introducing VR in chemistry and analyze its real effect. Nadezhda Maksimenko, a third-year student at ITMO’s Faculty of Biotechnologies, was first to start the article.

“In 2018, I was among those Bachelor’s students who got the chance to try these MEL Science products. As a result, I started to dive further into this topic. I wanted more people to know about it,” recalls Nadezhda. “MEL Science does an amazing job at visualizing the connection between the macro- and microworld, that is what we can and cannot see, be it helium in a ball, carbon in pencil graphite, or table salt.”

The study was carried out as follows: 27 students had to first test their knowledge of the atomic structure and its electron configuration (the distribution of electrons in an atom) and then take the Make Your Atom lab by MEL Science.

“After using VR, students had to retake the test with other chemical elements for experts to evaluate their understanding of the topic. On average, students’ progress was 20.2%.” shares Nadezhda Maksimenko.

The organizers are pleased to note that this experiment may pave the way for the further introduction of AR/VR technologies in the university’s programs.