According to a recent study by LinkedIn, creative thinking is still among the most sought-after skills in business. However, it is no longer enough to “simply” come up with creative ideas – now they have to be developed with ethical norms in mind, as well as benefit the society, economy, and environment. Can we measure creativity? What is design thinking and how can we use it to make truly necessary products? In this article, we turn to an ITMO Fellow, the Malaysian researcher Balamuralithara Balakrishnan, for answers. 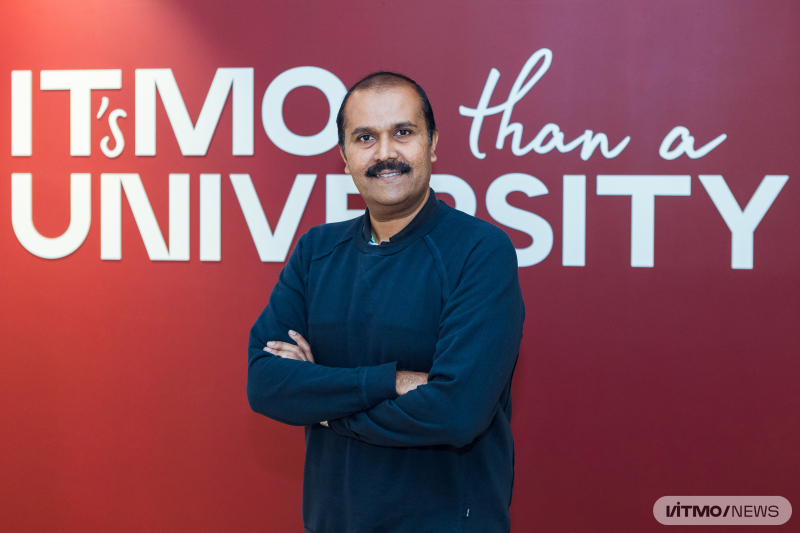 How did you find out about ITMO and why did you decide to join the university’s team?

I had the chance to learn about ITMO from Dr. Natalia Fedorova, a researcher at ITMO’s Institute of International Development and Partnership, who teaches the Creative Technologies course. We were discussing opportunities for collaboration and she suggested I take part in the ITMO Fellowship program and share the knowledge and experience that I acquired in Malaysia. At the same time, ITMO’s ranking and the opportunities available here showed me that I could learn new things and get new experiences here, as well. For example, it was here that I first saw creativity and technologies combined in a single course, whereas usually there are courses that are called something like Creativity and Innovation or Creativity in Art. I realized that I could learn a lot here and find a new approach for my courses in Malaysia.

What have you been researching in the past few years?

Currently, I am an associate professor at the Department of Creative Multimedia of the Faculty of Arts, Computing and Creative Industry at the Sultan Idris Education University in Malaysia, which is the only university that trains teachers in the country. I am also the deputy dean of the faculty and in this position I am responsible for research and innovation. My academic career started back in 2001, and I’ve spent over 10 years doing research at the intersection of creativity, ethics, sustainability, and STEM education. Then, about four years ago, I started focusing in deep on the ethics and sustainability of creative processes because I saw that many of my students didn’t take these things into account when asked to come up with creative ideas. In other words, I realized that they didn’t tend to care about the effect their ideas might have on the society, economy, or environment.

What have you been up to in the month you’ve spent at ITMO?

I developed a new module within the Creative Technologies course called Ethics and Sustainability in Creative Process. I started teaching at the university in September and I have already been asked to continue teaching the course online in November and December.

In my module, students will have the chance to consider ethics and sustainable development when creating products, as that is something not all people will do. Is this product going to serve the people? Is it good for the economy? Was this idea or design copied from something and thus produced unethically? Does it follow the rules and regulations of a specific country? Would it be equally acceptable for people of a different culture? For instance, the color black in Russia doesn’t have a particular meaning attached to it, but in China it is considered unlucky. Will your product be used correctly? Does the product affect the environment? We discussed these questions during class and students tried to answer them when thinking about their own projects. For instance, if they have an idea, they will need to evaluate it in terms of ethics and sustainability and make respective changes to accommodate these requirements. Then they will ask for user feedback and make further corrections to the idea based on it.

Ten Questions to Ask Yourself Before Starting a Business

You have also organized a design thinking workshop for ITMO students. How will it help them come up with creative ideas?

Design thinking is like a tool that can help you find creative solutions to complex problems in different fields. It involves five steps that we have to go through: empathy, definition, ideation, prototyping, and testing. Let’s consider an example of a hospital that was faced with a problem of children being too afraid to get inside the MRI scanner. First, they turned to empathy and approached their young patients to learn what exactly scared them. Having gathered and processed this information, they came up with several ideas, turned them into prototypes, and tested them with the patients. Eventually, they ended up decorating the insides of the scanners with stickers of flowers, trees, and sea creatures. Not only did the young patients stop feeling scared, but some of them didn’t even want to leave the machine after the scanning was complete.

At the workshop, I asked my students to design a wallet or a handbag for a friend who has something they don’t like about theirs. In order to do that, the students needed to follow the five steps by first asking their friend about the problems they have and then suggesting an idea that would solve them. Quite amazingly, many of the students told me that they were going to use this approach later in their theses, projects, or when they work in the industry, so I’ve received quite positive feedback.

Do you think that everyone can benefit from creativity?

When talking about creativity, people tend to say that it’s for artists or musicians. But what about programmers or engineers? If we add creativity to a technology, it will bring another dimension by introducing aesthetic value. For example, if we were asked to come up with a pencil case, we could make something functional but potentially dull, or we could approach it creatively and make it beautiful and more attractive to the potential user. This is the importance of creativity. These days, future professionals cannot focus on just technology without creativity, or vice versa; they have to develop in different fields and engage in multidisciplinarity.

Can we assess creative thinking? Is it possible to develop it?

There are tools to measure someone’s creativity, such as the Torrance Tests of Creative Thinking. One of the tasks they involve is this: imagine that you are given a piece of paper with a circle drawn on it. You are asked to draw a dot anywhere on this piece of paper. If you placed the dot inside the circle, then, according to this test, you are not creative enough. People with creative thinking would consider the whole piece of paper as the potential picture and would likely have placed their dot elsewhere.

However, you can also develop your creativity. To do that, first of all, you need to be open-minded; you have to expand your thinking and bring ideas from different perspectives and explore a lot. Second, you should consider the abundant techniques of improving creativity. Among them are Edward de Bono’s Six Thinking Hats technique, which describes six different thinking methods that can help you look at a problem from different angles. There is also the SCAMPER technique, which is an abbreviation of the different ways to approach a problem (substitute, combine, adapt, modify, put to another use, eliminate, rearrange). You can also consider the fishbone diagram as a quick way to analyze causal relations between different factors. But my favorite way to develop creativity is through design thinking. This method not only equips you with creative skills, but also gives you the creative confidence and an approach to develop truly effective ideas that will benefit users and recognize their needs and feedback.

You could also watch films, especially documentaries, or expand your vision through books. For instance, I love reading and recently I’ve been reading a lot about Nelson Mandela from different authors. This way, I can compare different sources and form my own opinion about the man.