From Leucippus to Dmitri Mendeleev: History of Periodic Table

2019 was proclaimed by the UN General Assembly as the International Year of Mendeleev’s Periodic Table of Chemical Elements. The discovery of the periodic table in 1869 was a major breakthrough in the field of chemistry. Its publication laid the foundation for rapid development of this complex yet extremely interesting science, while the history of its invention is full of myths and legends. According to one of them, the scientist saw the table in a dream. In his open lecture at the Mendeleev Center, Eugeniy Kalinin, a lecturer at St. Petersburg State University, shared about the path the humanity made to discover the periodic table of chemical elements. ITMO.NEWS publishes the highlights of the lecture. 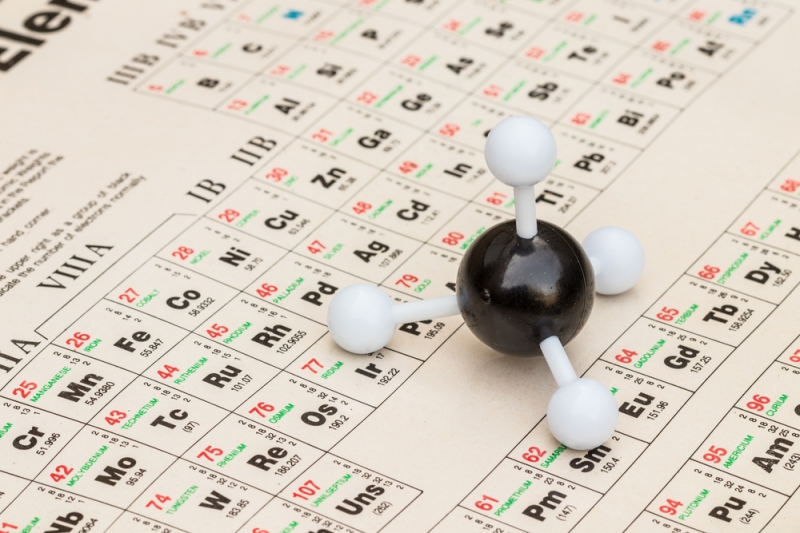 The science of chemistry is based on the concept of the atom, the smallest piece of matter; every solid, liquid, gas, and plasma is composed of atoms. It is at the atomic level that we study such fundamental properties of every chemical element such as atomic weight, atomic number, electronic structure, number of electrons, oxidation state, valence, and so on.

Leucippus (5th cent. BCE) was the earliest Greek philosopher to address atomism, the idea that everything is composed of various imperishable, indivisible particles. This idea was then developed by Leucippus’ pupil Democritus (c. 470-c. 360 BC), who was the first to use the term ‘atom’, which comes from the Ancient Greek adjective atomos, meaning ‘indivisible’. Democritus’ theory saying that matter is composed of tiny invisible indestructible particles was then called atomic theory.

According to Democritus, atoms of every element have always been and always will be in motion, and there is an infinite number of atoms, which differ in shape and size. Though Democritus’ atomic theory is widely accepted today, this has not always been so. For the majority of Greek ancient philosophers, including Aristotle, the concept of a particle that couldn’t be split into smaller ones seemed unbelievable, so this theory was forgotten for a while to revive again at the time of Epicurus (c. 342-270 BC), who used it in his works.

Among the first scientists who started using precise measurements for describing the changes in the matter was Robert Boyle (1627-1691), an Irish natural philosopher and chemist, best known for Boyle’s law, which describes the inversely proportional relationship between the absolute pressure and volume of a gas within a closed system.

Boyle’s experiments drew the attention of many European atomists. Among them was John Dalton (1766-1844), an English chemist, physicist, and meteorologist. He found out that two elements could be united in different combinations, each forming a new chemical compound. For example, carbon and oxygen form two compounds, namely carbon dioxide and carbon monoxide: for three carbon atom there are eight oxygen atoms in the carbon dioxide, while there are three carbon atoms and four oxygen atoms in carbon monoxide.

In 1803, as a result of his work on relative weights, Dalton formulated the law of multiple proportions, which states that elements combine to form different compounds. This law has consequently formed the basis for the modern atomic theory.

It was Dalton who developed what we consider to be the first attempt at devising symbols for atoms and molecules. He produced a number of chemical symbols for the known elements of the time: for example, he used a circle for an oxygen atom, a circle with a dot inside for a hydrogen atom, and so on. As the number of signs was limited, he started using single letters for some elements. For one, he used S for sulfur and P for phosphorus. His atomic symbols were succeeded by those of Jöns Jacob Berzelius (1779-1848), a distinguished Swedish chemist, who compiled his own table of relative atomic weights in 1828.

In 1864, the British chemist John Alexander Reina Newlands (1837-1898) arranged all the known chemical elements, starting with hydrogen and ending with thorium, into seven groups of eight, which he likened to octaves of music. In Newlands’ table, the elements were ordered by the atomic weights. Groups were shown going across the table, with periods going down, the opposite from the modern form of the periodic table.

It was when he was working on his Principles of Chemistry in 1867-1868 that Mendeleev discovered the periodic law of chemical elements. In the introduction to the first edition of his work, Mendeleev backs up his conclusions by listing the concepts he based his theory on.

Mendeleev’s periodic table was further refined in 1871. What is truly extraordinary about this work is that the scientist predicted the existence of certain elements not known at that time. Taking into account that in one column there should be elements with the same valence number, he deliberately left gaps in his table for the yet-undiscovered elements. He even named these elements as eka-aluminum, eka-boron, and eka-silicon (because of their proximity to aluminum, boron, and silicon in the periodic table).

Though not everyone supported Mendeleev’s view, three new elements were discovered in the next fifteen years: gallium (1875, Paul-Émile Lecoq de Boisbaudran), scandium (1879, Lars Fredrik Nilson), and germanium (1886, Clemens Winkler). The properties of these elements were surprisingly similar to those described by Dmitri Mendeleev earlier, which left no doubts about the importance of this invention.