In late June, a group of international science journalists visited ITMO to learn about the university, its scientists and inventions, as well as other organizations that have become highlights of St. Petersburg's technological and innovation industry: the companies Gazpromneft and JetBrains. What’s more, the journalists participated in the Third Forum of Science Communicators. ITMO.NEWS spoke with them about their perception of Russian science, their experience of interacting with Russian scientists, the prospects of development for the scicomm community, and why science communication and journalism are essential for the society as a whole. 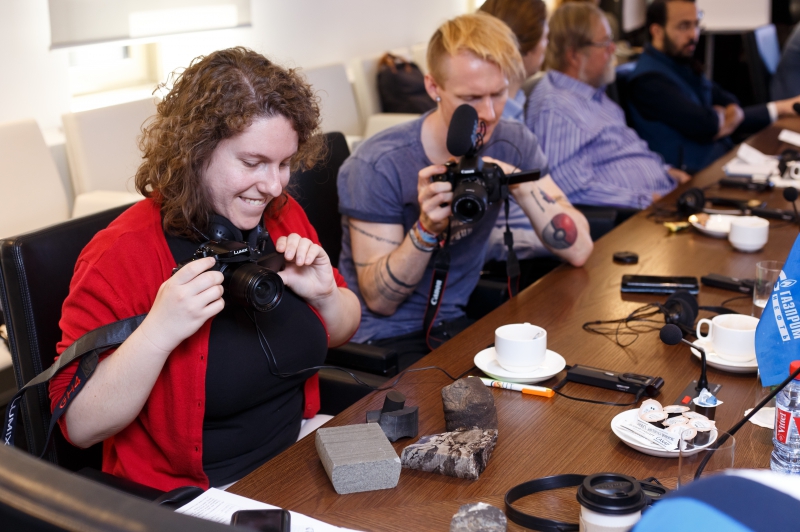 When talking about the importance of science journalism and communication, I would like to focus on two aspects. First of all, science journalists bear the responsibility for making science open to the public, as the public, in turn, is an important part of science, for it sponsors its existence. Society finances scientific research, and hence it may, or even must, know what scientists do. The task of a science journalist is to show what has already been done and what will be done in the future. Most of society’s skepticism and fears stem from poor awareness and ignorance.

Certain fields of science are better represented in the media. For example, we mostly hear about research results in natural and technical sciences, while less attention is paid to social sciences. This is one of the tasks of our profession: to make the media space more balanced in terms of representing various fields. Today, topics of medicine and technology make the headlines of science journalism, and that has to do with the level of public confidence in such news. As for the results of social sciences, they can be hard to comprehend, and many fail to see their potential practical applications.

A really good approach for a journalist is to look for reliable information and draw upon reliable sources and high-quality research. Still, writing a good story based on such information is also very important, as communicating just the facts is not enough for the audience. This is the reason why people are prone to believe and spread fake news: they are often based on good stories.

Take the topic of migrants, which is currently a hot topic in Italy. Society may come to believe that most of them are criminals, which is obviously false, but such an idea brings out emotions. In this case, we can turn to scientists who focus on the issues of migration, minorities and so on, and learn that only about 2% of all migrants may pose a threat from the standpoint of criminal activity. Still, society doesn’t care, as this is only a figure, some statistical value that does not bring out emotions. This is the reason why you have to add a human aspect to a story in order to make the readers believe in it.

The world can’t develop without science, and if we really want to change our lives for the better, we have to advance science. Nevertheless, science can’t develop in isolation from society. Today, there’s a huge gap between science and society, and science journalists and communicators work on bridging it. Our goal is to make it so that people who are not involved in the scientific process would know how science develops and, most importantly, why they need it.

In the Soviet times, it was popular among Armenians to continue their education in Russia, and I know many Armenian scientists who have made a successful career here. On the whole, we have a really positive attitude towards Russian science, which has a lot to do with the Soviet legacy. Many young Armenians prefer to study here.

I believe that an important step in the development of the community of science journalists and communicators has to do with communicating with our international colleagues. Today, you absolutely can’t work in isolation from the rest of the world: you have to look for programs, workshops, and any other opportunities that can let you know what’s happening abroad. For one, this is my second time going to Russia as part of a professional study visit. Activities such as this help us discover new subjects and fields. On the whole, it’s only rational to look for new opportunities in collaboration with those who have completely different experiences. By accumulating such knowledge, science journalists develop themselves and help develop the community as a whole.

Michele Catanzaro, contributor to The Guardian, El Periódico, Nature, Science and other titles, speaker at the Third Forum of Science Communicators, Italy and Spain

Science is more than a section in a newspaper. It’s present in all kinds of news, from politics to economics and culture. For this reason, we need more science in journalism and vice-versa. But this doesn’t mean that we just need to publish more items that are based on the latest research articles. This means that it’s important for science journalism to get closer to science while holding onto the key values of journalism.

I associate Russian scientists with the books on physics that I read as a student, many of which were written by them. I defended my PhD thesis with two really good Russian scientists who work in Spain. I also collaborate with the Association of Communicators in Education and Science (AKSON) that looks like an active, dynamic community with which I have common many values.

There are many strategies that can be used for the development of the community of science journalists in Russia, though their practical application largely depends on the peculiarities of working in every particular country. Based on my experience of being a science journalist, I can say that it is important to support good science journalists by protecting their presence in the media and helping them out if they get in trouble. It is also important to keep away from biased PR and maintain the basic common ethics among science journalists and communicators based on honesty, respect for the facts and journalist work, and independence.

Science communication is indeed important for society, much like science in general. We’ve discussed this with our colleagues throughout our entire stay in Russia. Science has an effect on the society at many levels; for one, we use its products to cure diseases. And many people suffer from doing it the wrong way – which is often a problem of communication, meaning that either a journalist does a bad job, or a person fails to understand something. The important function of both scientists and science journalists and communicators is to instruct people and acquire feedback.

I didn’t know much about Russian science before coming here, but I already assumed that Russian scientists are most reputed in certain fields, such as IT. But I am absolutely sure that now is the time of international cooperation that allows us to quickly transport knowledge and competencies around the world.

Associations play an important role in the development of the community of science communicators and journalists. In France we have the Association of Science Journalists that regularly conducts events for science journalists and meetups where you can share your ideas and find cooperation opportunities. This is indeed a dynamic community where participants monitor each others’ activities. I see such professional associations as a good instrument that unites the profession’s representatives.

On the one hand, we have scientists and science journalists and communicators who discuss complex things with each other. On the other, we have the people, most of whom are not involved in the scientific process, who just live their lives, watch football and are a far cry from science. And the key task of a science journalist is to bridge the gap between them, explain what scientists do and why in layman’s terms. I believe that this is the purpose of science journalism: to make complex things simple and comprehensible.

At some point, Egyptian authorities sent a large number of scientists to study in Russia, so now we have a community of scientists who carry the Russian culture and traditions. One of them, a professor in physical geography, is my acquaintance, and I can say that he is among the country’s smartest specialists. Therefore, I conclude that in Russia, there’s a good school of physical geography and geography in general. I also believe that in Russia, the scientific fields associated with the defense industry are also quite advanced. I think that aviation and engineering are among the most well-developed ones.

Science is of extreme importance to society. Among all of the kinds of human activity, I deem scientific activity most important, as it has a direct effect on human lives. Scientists are essential for society, and science journalism has the task of explaining that. People have to know what has already been done and produced by scientists, and what more they can expect in order to have proper expectations and not be traumatized in the future.

I first came to Russia (then USSR) in 1971, and visited it often from then on. My focus is on social sciences, and at that time, this field was quite isolated, much like any science in the USSR. Then again, it was clear that sciences associated with the defense industry developed rapidly. Nowadays, the situation has changed in every way, not only because Russia has become more open, but also because Russian specialists now have an opportunity to go abroad and work in collaboration with their international colleagues. So now, there are a lot of Russian specialists and students in Finland.

I have the experience of working as an editor in a scientific outlet, and what I’ve come to understand is that it’s best to find people with a background in several fields. I mean, such a person can be good at journalism and have a keen knowledge of some scientific field. They don’t necessarily have to have a degree, but such expertise always comes in handy.