What Cells Do When They Can’t Breathe

Can cells measure the amount of oxygen around them? And why do they need it? How do they react to the changing conditions? This evasive mechanism of an animal cell had been in the dark for a very long time. It was the work of William G. Kaelin Jr, Sir Peter J. Ratcliffe and Gregg L. Semenza that finally shed light on this mechanism, earning them the 2019 Nobel Prize in Medicine or Physiology. Ekaterina Umnyakova, a senior researcher at the Institute of Experimental Medicine, explained what this discovery means for modern science, and especially for cancer treatment research. Her lecture took place at the Lermontov Central Library within the framework of the “Nobel Prize in the Open Living Room 2019” project. 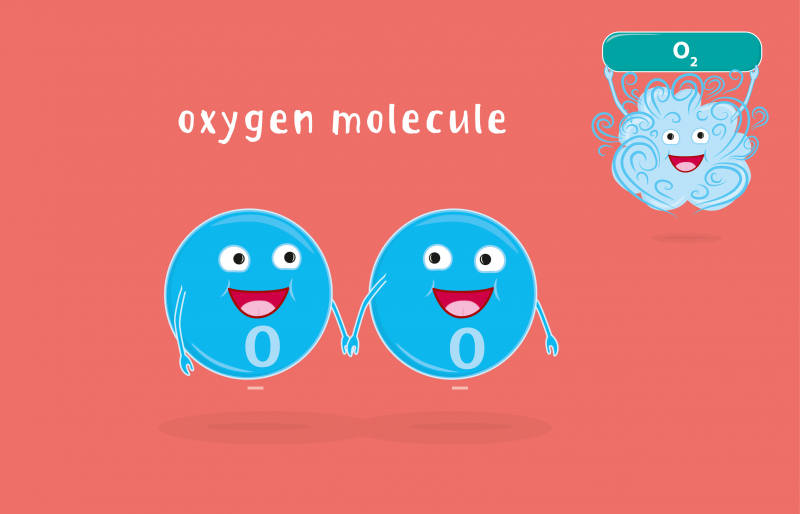 Why we need oxygen to survive

Everyone knows that oxygen is a vital chemical element for every living creature. The atmosphere consists of roughly 21% oxygen, and we cannot imagine life as we know it without this element.

But why is it exactly that we cannot do without it? The main reason is that oxygen actively participates in the conversion of energy. No matter how tasty or nutritious our food is, there is no way for us to use it without turning it into forms that can “pay” for all the energy processes going on inside us. Broadly speaking, our cells can’t absorb the food that we see on our plates. They only accept energy in the form of ATP (adenosine triphosphate). This molecule is an energy currency inside our bodies; everything comes down to it. It is our system’s energy fuel. And it is burned in order to complete any process inside.

Oxygen induces active ATP production. This process is also possible without oxygen but in that case, it is less efficient, and it wouldn’t provide nearly enough ATP to support our existence. Yes, there are organisms that do not need oxygen, because they have found an alternative oxidant which they employ instead. Humans, however, cannot do that and are highly unlikely to ever develop this particular ability.

ATP is essential for cells, so it was clear that there would have to be a mechanism for them to react to the lack of oxygen. Prior to the works of William G. Kaelin Jr, Sir Peter J. Ratcliffe and Gregg L. Semenza, however, science couldn’t explain how cells detected this lack in their environment. These scientists, surprisingly enough, come from rather different fields of knowledge, but their work brought them to the same conclusion, enabling them to understand the mechanisms that were previously unknown.

As we know, red blood cells or erythrocytes are rich in hemoglobin, which binds oxygen and transports it to body tissues. It is then that erythropoietin, a hormone produced by our kidneys (though it can also be synthesized in our liver), which signals our body whenever a greater amount of red blood cells is needed. This, in turn, means that more oxygen is transported to tissues and cells.

The production of erythropoietin and its triggering mechanism was studied by this year’s Medicine and Physiology Nobel Prize Winners. Gregg Semenza identified a regulatory element, an enhancer (a short DNA region which, when bound by transcription factors, initiates transcription from a specific promoter in a gene or a number of genes — Ed.), which stimulates the synthesis of erythropoietin. At the very same time, Sir Peter J. Ratcliffe also got interested in the issue.

It was later discovered that this same regulatory factor is bound by a protein complex. Gregg Semenza called this complex the hypoxia-inducible factor (HIF). It became clear that there is more than just one such complex. HIF consists of two parts: HIF-alpha the compounds of which depend on oxygen concentration and HIF-beta, which compounds are not affected by oxygen levels.

A DNA sequence was discovered, bound with a regulatory factor, which triggers the transcription of genes that have to react to the lack of oxygen. It was later demonstrated that a similar process occurs everywhere, not only with erythropoietin, as it is vitally important for all cells to respond to the lack of oxygen.

“Protein blender”, “black spots” and HIF: how our bodies decide to trigger the survival protocol

Our cells are equipped with a special molecular machine called a proteasome. It is effectively a “protein blender”: it identifies a protein that is not needed for some reason and marks it with a “black spot” (not every protein is sent into the “blender”); the proteasome then grinds this protein into separate amino acids that can later be used to compose a new protein. William Kaelin discovered that it is precisely what happens to HIF-alpha when there is enough oxygen in the cells.

It’s worth mentioning that before studying HIF William Kaelin was working on another object: he was researching the von Hippel-Lindau’s disease (VHL disease). He discovered that if the VHL gene was not working properly, tumor formation was triggered in the cerebrospinal area. Evidently, this gene was crucial to prevent tumors from developing further.

It was later discovered that people with disturbances in the work of HIF-encoded protein have a lot of other HIF-triggering products in their bodies. Meaning that there are large amounts of the gene, and their systems do not modify these amounts even with the oxygen level being within the norm. This discovery led researchers to the thought that VHL and HIF were connected. They worked on this last mystery together and here is what they found.

When there is not enough oxygen around the cell, HIF enters the nucleus and binds to the sequence discovered by Semenza, thus activating the genes that respond to hypoxia (oxygen deprivation).

And if the oxygen level is normal, HIF-alpha is destroyed. How does it happen? This factor has two amino acids that transform in the presence of oxygen and prolyl hydroxylase, an enzyme. These very complex chemical reactions were discovered by this year’s Nobel Prize Winners. As a result of these reactions, HIF-alpha may get two hydroxyl groups enabling it to interact with the VHL protein. This protein, in its turn, helps the “black spots” bind to the HIF1-alpha, setting it for destruction. In other words, the factor does not work in normal oxygen levels. And why would it? In that case, there is no need to react to hypoxia and trigger the extreme survival protocol.

What other genes, apart from erythropoietin are regulated by this factor? The genes, for example, that take part in angiogenesis, the formation and growth of new blood vessels. It also affects the enzymes taking part in our metabolism. And finally, the genes that support the life of a cell or terminate it.

Thus, HIF protects the cells in case of short-term hypoxia, but if it is chronic the factor will trigger their death.

What do these findings mean in practice

In practice, these findings open new opportunities for research of the way our bodies adapt to low-oxygen conditions, not only high in the mountains or deep in the ocean, but also in space.

Moreover, it can be a reason to reconsider what we know about the pathology of certain diseases. With the new discoveries, all of the conditions associated with low oxygen supply can be treated more effectively. The lives of elderly people who cannot fully respond to hypoxia can also be improved.

Finally, HIF is a prospective target for researchers seeking new ways to block tumor progression. It has already been demonstrated that the factor tends to be active in cancer cells. That is why they continue to grow and foster, surrounded by more and more blood vessels despite all the treatment. It has been suggested that if we block HIF, we might at least be able to weaken the tumor and stop the metastasis, if not kill it altogether. The inhibitors that would allow us to block HIF in an attempt to make tumors more vulnerable are now in development.