Mind-Blowing Research of the Month: How and Why We Study Music’s Effects on the Brain

People spend an average of 18 hours a week listening to music, according to a 2019 survey. It is undeniably a huge part of our lives and, naturally, inspires great curiosity in scientists. What makes you tap to the beat? Is it true that music can make you read faster? And what can possibly connect music and language? Today, we will attempt to answer these questions, dipping our toes into the ocean of research on music perception and cognition. 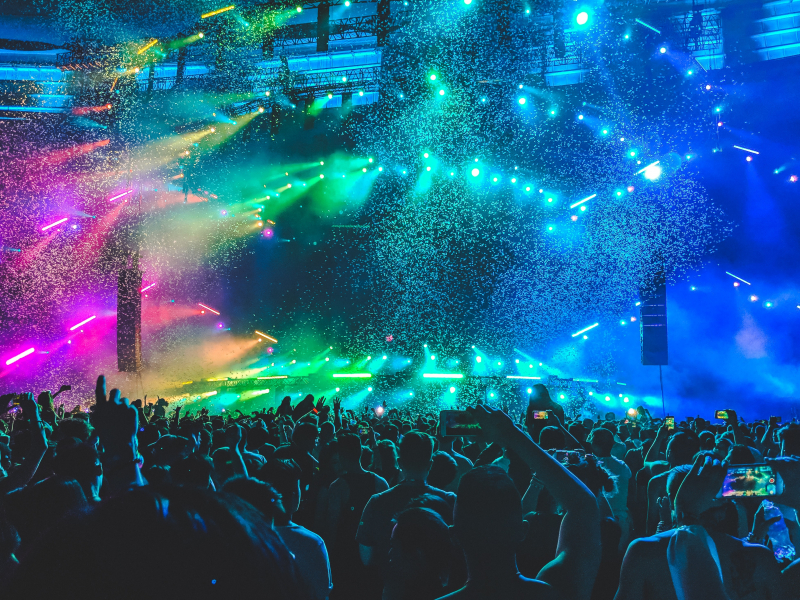 Keeping up with the beat

In a way, it can be rather daunting to approach music perception in all its vastness: there are so many components in music, each of them contributing to the way in which the resulting works affect us. Apart from minor and major melodies, for instance, we can study rhythms, which can be simple and complex. Simple ones are highly periodic and easy to predict with strong beats always adhering to a pattern. Complex rhythms, on the other hand, can be less predictable, with missing beats here and there, though they still maintain their periodicity.

Traditionally, beat perception was studied through tapping experiments, which had the participants simply tap along with the beat or tap out a rhythmic pattern from memory after listening to it for a short while. These studies gave us some understanding as to what affects our perception of time intervals – and also naturally demonstrated that musicians are much better at this task than those who didn’t study music professionally or do not practice it regularly. By the way, you might even say that musicians are the new bilinguals judging by the amount of benefits music education is believed to provide – so if you were lucky to receive one, rejoice!

Since the widespread adoption of brain imaging methods, such as EEG (electroencephalography) and fMRI (functional magnetic resonance imaging), new theories of rhythm perception have started to emerge. One of the most widely recognized of them states that when we hear a rhythmic pattern, the internal rhythmic oscillations in our brain sync up with this external pattern, thus making us perceive it. This mechanism is supposed to be at the core of our feet tapping in sync with the music or basically any part of our bodies moving to the beat. It is also believed to allow us to predict upcoming events better and react to them exactly when they occur without the need to constantly stay on guard.

One other curious thing  about rhythm is that some rhythms can be considered universal – that is, tapping experiments show that certain rhythms are somewhat more familiar to and present in traditional musical pieces across cultures, while others might be culture-specific. This is still a pretty nascent research field, but the potential conclusions are already fascinating – as any universal features can potentially provide us insight into the evolution of the brain and its functions.

So, now we know that in order to get deep into the matter, we study separate features of music in controlled environments. Apart from rhythm, we can also study tempo – one other aspect strongly associated with the movements of our bodies. It is no wonder then that it has recently been investigated in experiments involving eye trackers that provide data on our eyes’ fixations and saccades (brief movements in between fixations). For instance, it has been demonstrated that the participants' fixations grew shorter if they read texts while listening to music with a faster tempo. And in a different experiment, a slower tempo increased fixation durations among participants looking at photos of natural landscapes. Very tentatively and if one really wanted to rush to a practical application, one could say that if you want to read a book faster, do it with a faster background music, but in actuality such experiments are performed to answer more general questions about the way our saccades are programmed in the brain or the rate at which information is sampled when we look at the world around us.

One other study demonstrated that fixations were longer and saccades fewer when participants were listening to music when compared to viewing images and short video clips in silence. Interestingly, the authors originally suggested that the effect would be stronger when participants listened to music of their choice, as they would be more absorbed into their own personal experiences and memories. Unfortunately for the romantics out there, this hypothesis was not proven true in this particular study, though the authors still postulate that music can change our representations of time and space, resulting in an altered state of consciousness. Maybe in the future we will discover the very mechanism by which music transports us to previously unknown worlds and stories.

Finally, eye tracking experiments reveal that the way our pupils dilate can predict the pleasure we feel at particular moments in songs or musical pieces. So  you share a song with a friend you don’t have to ask if they enjoyed it – one look into their eyes will give you all the answers. Again, this is a highly practical view on the matter, whereas the experimental studies usually attempt to identify the role of particular neuromediators in the pleasure we experience when blasting our favorite tunes.

Where is music in the brain and what does it have to do with language?

One usual way to link music with language is through prosody, or the melody and intonation of the words and phrases we utter. It is believed that newborns can detect changes in voices and intonation; and that, for instance, hearing one’s parents singing in early childhood can be an important component of one’s emotional development. And thus analyzing the differences and similarities between the way prosody in speech and themes in music are processed in the brain can offer us insights into the evolution of speech (still a highly debated topic!) or the role music can play in fostering speech development.

Here, again, neuroimaging methods come to the forefront – and rightfully so! For instance, a recent study has demonstrated that the neural pathways used to perceive music are not exactly the ones at work during speech perception, though there are certain overlaps. It is therefore not surprising that when separating music into its “basic elements” in experimental studies, researchers usually eliminate songs with lyrics in them first – speech simply adds a whole variety of factors that cannot be controlled for, and if you can’t control something, you can’t guarantee that it is your stimuli and not this inexplicable something that’s causing the effect. That’s why studies rarely use songs for stimuli and it might be a while until we get to this point. But it will be a wild ride!

As you can judge by this criminally brief overview, music can offer a ton of insight into the way our brain works, making it one of the most exciting phenomena to study within the realm of cognitive science (in my humble opinion). If you are curious to learn more about it, here is a great TED talk by Dr. Zatorre, one of the most prominent researchers in the field. As usual, here is also a list of references to sources used in this piece as well as a few extras.

And if you want to learn more about some mind-boggling research fields, check out our articles on brain-computer interfaces, neuroarchaeology, or underwater robots.