The Five Names of St. Petersburg

Italy, poetry, and spectacular natural phenomena – discover the origin of some of the most popular nicknames of St. Petersburg. 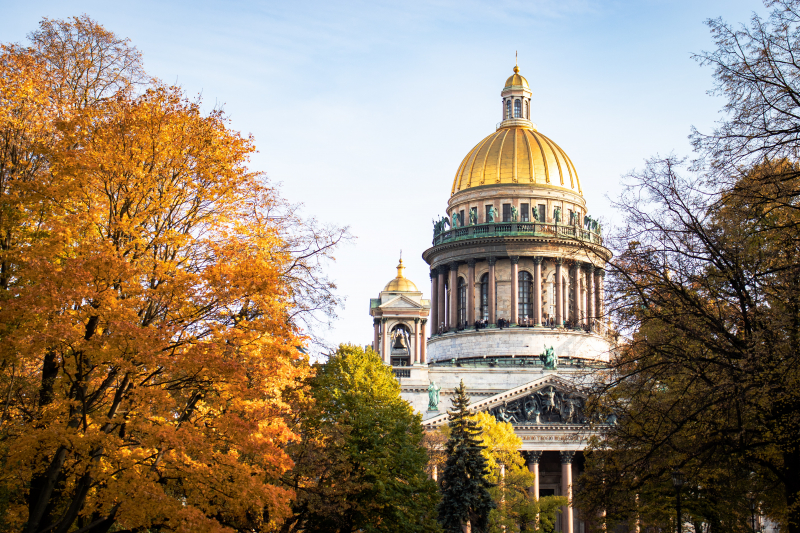 Over its more than three hundred-year history, St. Petersburg has had three different official names. Its current and original name was given to the city in 1703 by its founder Peter the Great in honor of Saint Peter, one of the Twelve Apostles of Jesus Christ. Although the name was derived from Dutch, to avoid sounding German-like, the city was renamed to Petrograd, during World War I. About ten years later, having entered the Soviet era, the city was renamed again to Leningrad in 1924, after the first Soviet leader Vladimir Lenin, and remained so until the collapse of the USSR. In 1991, based on a city-wide referendum with 54% in favor of the change, the city reverted to its original name St. Petersburg.

But what about the city’s unofficial names?

The Venice of the North

St. Petersburg’s extensive network of rivers and canals that binds the city’s many islands together makes it hard not to draw analogies to Venice. This resemblance is no coincidence: when designing the new maritime capital of the Russian Empire, Peter the Great drew inspiration from the Italian city-state, once a powerful international trade hub, with a developed water infrastructure. Unlike the 18th century, nowadays you won’t catch a gondola gracing the canals of St. Petersburg, but you can always take a boat tour to explore the city from the most picturesque angles.

St. Petersburg is indeed one of the most vibrant cities in the world in terms of culture. There are over 200 museums, 200 libraries, more than 90 theaters, and 40 concert halls. However, none of them is the reason why the city acquired this honorable status. Moreover, this nickname is relatively new: it was mentioned for the first time only in 1997! The name was coined in 1997, when it was mentioned by the first Russian president Boris Yeltsin. The name hit home, and now it seems like it was owned by the city from its very foundation.

The beginning of the 20th century in Russia was marked by revolutions, all of which took place in St. Petersburg or former Petrograd. For some 12 years, from 1905 to 1917, the city witnessed three dramatical uprisings that eventually put an end to the era of the Russian Empire: the unsuccessful empire-wide revolt of 1905, the overthrow of the Tsar marked by the February Revolution of 1917, and the October Revolution in the same year that began the era of the Soviets.

This name was given to the city by poets in the 18th century during the reign of Catherine the Great. In the era of classicism, St. Petersburg was called Palmyra in honor of the ancient trading city in Syria, famous for its incredible architectural beauty. The personality of the empress played a role as well: seen as a powerful and bright woman, she was compared to Queen Zenobia of the Palmyrene Empire, who conquered Syria and Egypt. This image took root, and cold St. Petersburg became a city of palm trees.

The city of white nights

Sometimes it’s a natural phenomenon that becomes a calling card of the city. In our case, it’s all about the spectacular white nights – a short period between the end of May and mid-July, when it never gets completely dark during the night. For centuries, it’s been an integral part of the city’s image and underlined its cultural heritage: the beauty of white nights was immortalized in poetry by Alexander Pushkin, and Fyodor Dostoyevsky named a short story after them. Nowadays, it also marks the bloom of the tourist season in St. Petersburg. Nevertheless, for the locals this gift of nature is rather controversial: while some take romantic midnight walks along the Neva and watch the bascule bridges, others prefer to close the curtains, put on their sleep masks, and enjoy it from the inside.

Going by any name, St. Petersburg remains the gem of Russia! Learn more about the city’s hidden attractions in our Unexplored article series.