It's an ordeal familiar to any vegan: you're coming to a new city and it's all terribly exciting, but at the back of your mind there's this nagging, existential question of where (and whether) you're going to get your daily fix of oat milk and should you bring a spare suitcase packed to the brim with tofu. Don't worry – we’ve got this covered; being vegan in St. Petersburg is not mission impossible. If you’re vegan and dreading moving to the unknown or just want to eat more plant-based in St. Pete, here are our top tips and tricks! 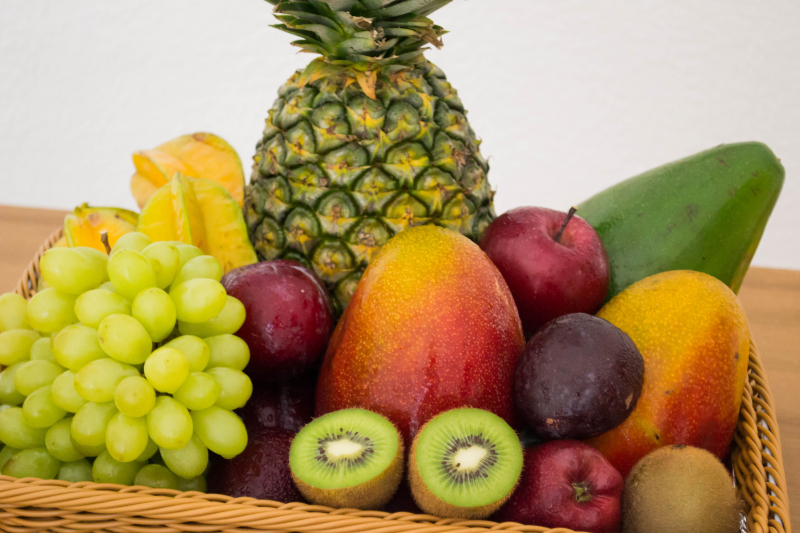 Gone are the days of having to buy yucky caricatures of peanut butter and panic-ordering kilos of chia seeds from abroad to then have problems with the Russian customs (nope, that never happened to me, what ever gave you this idea) – in this day and age, you can find vegan food even in the most ordinary places.

Most unprocessed, whole foods like fruit, vegetables, cereals and pulses are vegan anyway, so you’ll always have access to those, but ‘specific’ vegan fare like plant-based milks and faux meats are also becoming more and more readily available, not to mention the accidentally vegan things like hummus, guacamole, and other ethnic food goodness. Most generic shops now sell the oat milk nemoloko (look for the UHT milks section; the classic version isn’t that good, but the chocolate one is the bomb), Auchan has its own brand of a-okay plant-based milks and offers a great selection of ‘rare’ grains and pulses like quinoa and various lentils and beans (so do other supermarkets like Okey, Karusel and Perekrestok), but my fave place to stock up on staples in the proverbial non-vegan mainstream is Prisma: a wide choice of delish in-house plant milks, hummus, superfoods, as well as vegan pizzas and other ready-made meals, all in one place.

Then again, you can always go to a health food store to get all this and more. St. Petersburg has a bunch of good ones: look out for Kompas Zdorovya, Klever, Adi,  Zeleniy, B12 Vegan Shop, Vegan Bunker, Green Point, and Veganika, to name but a few. All of these offer multiple types of tofu, vegan salamis, sausages and ‘meat’ patties, as well as all kinds of vegan milks, flours, seeds, pasta, grains, nut butters, chocolate, sweets and what have you. There’s a Klever and Kompas Zdorovya close to ITMO’s Lomonosova 9 campus, on Zagorodny Prospekt 5 and 9 respectively, so you can sneak in between classes to grab yourself a snack. Pro tip: you can get a 7% discount in Kompas if you invest in a loyalty card, and with Klever, it’s better to order online: this will be more lenient on your bank account as the products are cheaper that way, plus you don't get tempted by all the shiny tasty things in the actual shop.

Generally, you’ll probably find that being vegan in Russia is easier than you might have expected thanks to the institution of Lent (‘Velikiy Post’), which requires abstaining from all animal products in food during the 48 days-long period of fast (usually during March/April). Much as in other Eastern Orthodox countries, it’s relatively widespread in Russia, but not everyone does it for religious reasons; to some, it’s more like a health challenge or nod to the tradition, but companies still try to cash in on that by bringing in some vegan nosh or, most of the time, proudly shouting from the rooftops that their products are ‘postniy’, or, in other words, vegan. Keep an eye out for stamps that say ‘постный продукт’ (‘postniy produkt’), ‘можно в пост’ (‘mozhno v post’) and the like. Come to think of it, you can also use this analogy to describe your lifestyle to those that still think that vegan equals vegetarian equals gluten-free (that happened to me more times than I care to tolerate).

That also applies to restaurants; many often roll in some vegan ‘postniy’ options when the Great Lent or other fasts come around, plus you can often use the ‘vegan = postniy’ tactic we talked of earlier when ordering; just ask for ‘postnaya eda’ if you’re in a pinch and had to run in some dodgy eatery where they don’t speak English and/or understand what vegan is.

But you won’t have to do the latter if you read this section carefully: lots of St. Petersburg’s food places now cater for vegans. The general lifehack is, download the Happy Cow app: it searches for vegan restaurants close to you and ranks them in terms of price and reviews. This is for every city you visit, not just St. Petersburg – saved me from some real ugly hangry situations a couple of times when traveling. Another app worth having at your elbow is VeggieGo, so do check this one out too to cover all the bases.

My favorite spots for eating plant-based in St. Pete are Veggie Box (great vegan pizzas, burgers, tofu rolls and, wait for it, vegan syrniki), Cafe Botanika (yummy salads and sandwiches, flavorsome hummus, delicious desserts), and Cafe Ukrop (a veteran of St. Petersburg’s veggie food scene; nice brunch options). Hood is famous for their novelty burgers, as is Bro Food, which donates profits to local animal charities, while Fika is your best bet for vegan pastry and cakes. And that’s just some of the options – you can find a full run-down here. Also, bear in mind that most ethnic food restaurants are vegan-friendly (here’s our personal best-of Korean veg-fest eateries, for example), and other food places may be willing to veganize their dishes for you, so don’t be shy to ask.

Nothing new here, really: your lifestyle choices aren’t likely to raise standing ovations at dinner parties. Not that meat and animal products form an especially big part of Russian culture and cuisine (without underestimating their ‘significance’, for the lack of a better word: we’re not exactly Inuits in our meat consumption, but not that far from it to be honest), but it’s the unusual lifestyle part that may raise a few eyebrows, in my humble opinion of a budding vegan with a mere one-year record. We’re also a nation of armchair warriors who have long mastered the art of debating without cause. So prepare for the usual quips of the like of ‘where d’you get your protein from’ and ‘but bacon is so good tho’, but don’t think that the Russians completely lack originality: the motherland’s meat advocates can come at you with a crushing logical axiom of, ‘it’s cold, therefore you can’t be vegan’ (‘course you can, just load on healthy fats and buy yourself some thermals; plus, it’s not even that cold in St. Petersburg and everyone is kind of in the same boat for a couple of days when it is).

And if the going gets tough (not saying that it will, though, the majority of people are nice and understanding), never forget that you’re part of a global community, so just connect with like-minded peeps on Facebook or Youtube or the ‘Gram – they’ll be more than happy to support you. Russia, too, has its small but growing vegan ranks, as exemplified by groups on VK like this, this and this, so you can drop a post if you want to socialize with the local yokels or just join to keep abreast of new vegan shops and cafes. Note that these often host food parties and get-togethers, so that can be a fun way of meeting people, or, what I personally find much more exciting, tasting new foods. If you’re with me on that one, you’ll be glad to know that St. Petersburg has lots of foodie festivals taking place throughout the year with plenty of vegan food booths involved. Some are specifically vegan, like the Vegan Fest in Loft Project Etagi and ‘Veganim in Z’. The latter is a grand celebration of the International Vegan Day held on November 3 in the Ziferblat creative space: the program is jam-packed with cooking workshops, interesting discussions, and food tastings, so it’s all looking very promising.

And if you need another kind of moral support (or, for non-vegan readers out there, an explanation of the vegan cause), I heartily recommend (re)watching vegan documentaries like Earthlings, Food Inc, The Land of Hope and Glory, Cowspiracy, Okja (not a documentary, but an amazing vegan film nevertheless), Forks Over Knives, What the Health, and Vegucated; the list is constantly growing. The Book of Veganish is a great introduction to the world of plant-based, and Deliciously Ella cookbooks are the easiest ones if you dread spending time in the kitchen but still have to; these are life-saviors for me and I hope they will help you as well.

Last but not least, be sure to check out our other food articles which are teeming with useful tips on how to be vegan in St. Petersburg: