Dost thou miss theater, thespian? We thought as much. Here are four world-class theater and opera offerings you can watch for free this weekend. 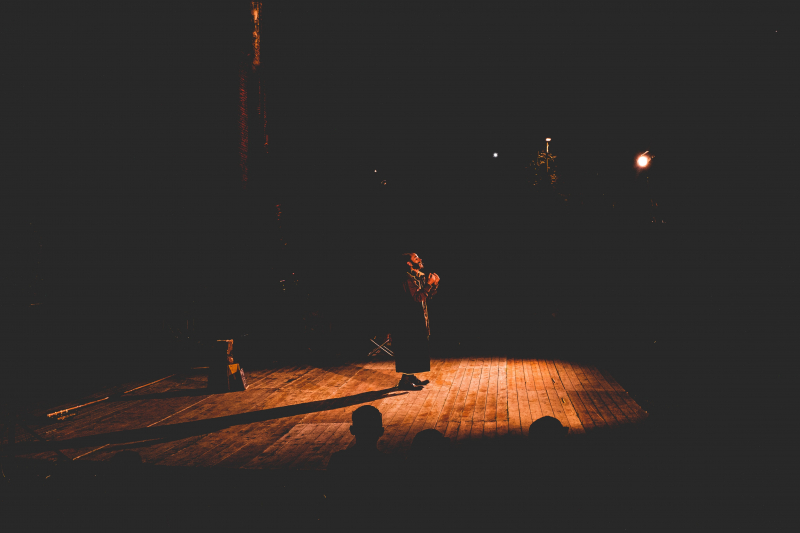 The Comedy of Errors

One of Shakespeare’s shortest (it’s still 2 hours 21 minutes, though) and most farcical comedies rife with slapstick humor, wordplay and puns, its plot based on a story by the Roman playwright Plautus, The Comedy of Errors tells the wild story of two sets of identical twins who were accidentally separated at birth. Antipholus of Syracuse and his servant, Dromio of Syracuse, arrive in Ephesus – a city with a reputation for sorcery – which turns out to be the home of their twin brothers, Antipholus of Ephesus and his servant, Dromio of Ephesus. When the Syracusans encounter the friends and families of their twins, a series of fantastical mishaps occurs, and it’s a sight to behold.

This weekend, you have the chance to watch its much-talked-of 2014 production by the Shakespeare’s Globe, which employed authentic Renaissance costumes and staging.

Watch it for free courtesy of Theatre HD Play here.

If you’d like to learn more about the ins and outs of the mother of all parliaments, and in a properly theatrical fashion, too – all tension and suspense and fraught pauses and all that good stuff – you’re in luck this weekend, for you can watch a recording of This House, a play by James Graham which, if Financial Times’ opinion on entertainment is to be trusted, is “astute, funny, and hugely enjoyable”.

Deriving its title from the name given to the House of Commons by the MPs, This House is set in a rather dramatic period in British parliamentary history – between the February 1974 general election and the 1979 vote of no confidence in the government of James Callaghan. Set in the engine rooms of Westminster, the play delves into the daily machinations of politics, exposing the practical (but nonetheless dramatic) realities of those behind the scenes.

Available from May 28 to June 4. You can watch it here; alternatively, it will be live-streamed on the National Theatre’s YouTube channel on May 28 from 9pm MSK.

La Sonnambula (The Sleepwalker) is an opera in two acts with music in the bel canto tradition by Vincenzo Bellini. In the story, the inhabitants of a small Swiss village are celebrating the forthcoming marriage of the orphan Amina and the wealthy farmer Elvino. Just as the celebrations are about to proceed, though, Amina is discovered – by the entire village no less – asleep in the bedroom of a stranger, and it takes her fiancé two acts to figure out that sleepwalking is to blame.

The excellent 2009 production by the Tony award-winning director Mary Zimmerman, which you can watch for free thanks to Met Opera’s generous Nightly Opera Streams, puts its own twist on the story, transferring Bellini’s bucolic tale to a rehearsal room in contemporary New York, where an opera company rehearses La Sonnambula – and where the singers are truly in love with each other. Natalie Dessay (!) stars as Amina and Juan Diego Flórez takes on the role of Elvino. Make sure to catch it on the Met Opera’s website on Saturday May 30 – it’ll be available for a day starting from 2.30am MSK.

Another Met Opera offering is L’Elisir d’Amore, a comic opera in two acts by the Italian composer Gaetano Donizetti. Poetically characterized by the Met itself to be “as intoxicating as the cheap wine passed off by a traveling huckster as the potent love potion of the title,” the story follows Adina, the beautiful but fickle landowner, and Nemorino, her clumsy but lovable admirer, through the ups and downs of their love story. What we can watch this weekend is a brilliant 2018 production by Bartlett Sher starring Pretty Yende and Matthew Polenzani. Available on the Met Opera’s website starting from 2.30am MSK on Sunday May 31.

You can also delve deeper into the opera with a Met Education virtual discussion with the tenor Matthew Polenzani and director Bartlett Sher.