This Stay-at-Home Weekend in St. Petersburg: Online Theater and Opera

Some of the world’s best theaters and opera houses continue to screen their productions for free to our self-isolating benefit. Here’s what this weekend’s program brings! 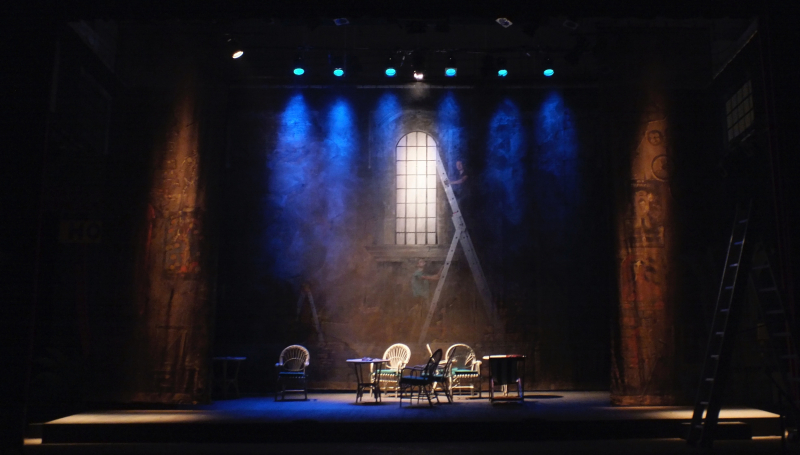 The Deep Blue Sea, Terence Rattigan’s masterpiece, is not an easy play to read (synopsis), presenting a Gordian knot of complex issues unravelling against the stern backdrop of post-war British society; much as Hester Collyer, its protagonist, is not an easy part to play, widely considered one of the greatest in contemporary drama. But Carrie Cracknell’s critically acclaimed production for the National Theatre, with Helen McCrory (Medea and The Last of the Haussmans at the National Theatre, Penny Dreadful, Peaky Blinders) in the role of Hester, manages to rise up to the challenge – and this weekend, you have the chance to watch it for free on the National Theatre’s YouTube channel.

There’s nothing that isn’t impressive about this Met Nightly Opera Streams offering: Deborah Warner’s production of Pyotr Tchaikovsky’s opera rendition of Alexander Pushkin’s all-time classic Eugene Onegin, directed by Fiona Shaw, starring Anna Netrebko, Piotr Beczała, Mariusz Kwiecień, and Alexei Tanovitski, and conducted by Valery Gergiev. A veritable big names galore, and one that apparently does live up to sky-high expectations, judging by the huge critical acclaim – for one, it was praised by the Sunday Telegraph for its “mixture of haunting visual and emotional impact: cutting straight to the heart of the work, [Warner] shows how Onegin is simultaneously about two colliding Russian societies – rustic provincialism and cosmopolitan decadence...” Don’t miss the chance to see it for yourself on The Met’s website, available for a day from 2.30am MSK on Saturday July 11.

Considered a Met classic ever since it first opened the 2006–07 season, Anthony Minghella’s atmospheric production of Giacomo Puccini’s Madama Butterfly draws inspiration from traditional Japanese theater, retelling this tragic tale with engrossing stagecraft and stunning visuals. This Sunday July 12, you can watch a striking performance from the fall of 2019, conducted by Pier Giorgio Morandi and featuring a spectacular cast that includes Hui He, Elizabeth DeShong, Bruce Sledge, and Paulo Szot. Catch it from 2.30am MSK on The Met’s website, also available for a day.