Frothy, creamy, and vanilla-flavored, raf coffee is a delicious and Russia-originating addition to the blooming St. Petersburg specialty coffee culture. What is it that makes it just so good and where can you get your first sip? 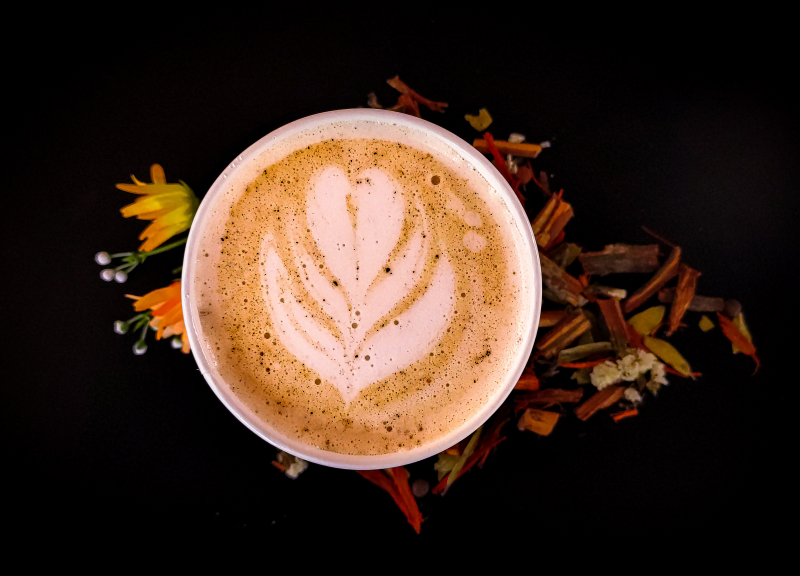 Raf coffee is something of a merge between a dessert and a regular espresso-based drink, as it combines a shot of espresso with cream and a touch of vanilla syrup (or sugar) all steamed together in a pitcher. This added sweetness is criticized by some true coffee enthusiasts, as it leaves no room for the taste of coffee beans which are supposed to be the stars of the show. For others, however, the taste of raf seems to be a reflection of Russian preference for somewhat sweeter drinks – I guess this is an allusion to sugary black tea with lemon that every Russian is bound to have tried at least once. Whichever side of the debate you decide to be on, it’s hard to deny yourself the pleasure and comfort of raf once in a while, even if it doesn’t offer that canonical taste of coffee.

No one knows for sure how raf coffee came to be, but there is one legend that stuck in the coffee community through the years. Sometime in the 1990s a man called Rafael, or Raf for short, used to frequent CoffeeBean, one of Moscow’s first coffee shops which has since spread into 12 cities inside the country. One day, craving for change, he asked the barista to come up with something original for him – and the barista switched milk for cream and added a pinch of sugar. Raf is said to have enjoyed the invention so much that other visitors wanted to have “what Raf has,” and that was how the name appeared. After that, the recipe spread to every other coffee place, and there is rarely one that doesn’t have it on the menu.

Thankfully, not only that first barista liked to experiment with different flavors, so now apart from the traditional vanilla-induced option, there are countless others. Here is a list of places in St. Petersburg that make both classic raf and its unusual variations:

A chain of coffee shops all over the city (including one near ITMO’s Kronverksky campus and one near Lomonosova St. 9) that serves orange raf with orange zest and brown sugar and lavender raf that is less sweet than its classic companion and also has a subtle floral taste.

This coffee shop not far from ITMO’s Kronverksky campus offers raf for all tastes from blueberry and barberry to Snickers chocolate bar and though they’re definitely not your daily coffee options, they do deserve a taste.

Though this place focuses on donuts, it also serves salted caramel raf which is bound to give any dessert a run for its money. Try it to possibly discover your favorite coffee drink.

This is a very popular coffee shop right in the city center (and not far from ITMO’s Grivtsova campus), so choose an early weekday morning if you want to find a seat here. As for your order, pick lemon pie raf to have a delicious surprise for your taste buds.

We hope you enjoy raf coffee wherever you decide to try it! If you want to learn more about Russian drinks, check out this article, head over here for some Russian summer food inspiration, and if your inner baker is up for a challenge, here’s our collection of top Russian desserts.