Compote: A Russian Fruity Drink You Have To Try

This is not compote, said my British colleague Lorna. We were having lunch at the stolovaya – the cafeteria – and she was looking at the liquid in her glass. “Compote is preserved fruit. You can cut it with a knife,” she said. “Oh, but this is different,” I said. “You have to try it.” 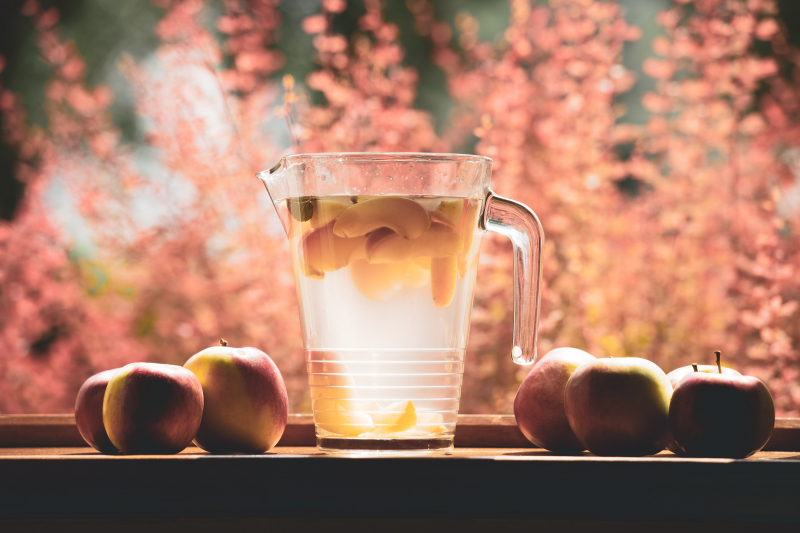 Russian compote (компот) – a sweet non-alcoholic drink made with fruits or berries – can be considered the quintessential fall beverage, or a perennial favorite, really. Along with kvass, it’s the local answer to soda pop, straight up juice, and even water. Good moms make it for their kids and deprive their kids of it for bad behavior. It’s a hangover cure and an afternoon pick-me-up.

It’s easy to make: toss a handful of fresh, dried or even frozen fruit and/or berries into a pot with water, bring to boil, add a couple tablespoons of sugar, spices like cinnamon and cloves, simmer for about 15 minutes and let it cool completely.  It gets better if you let it stand for a few hours, so give it some time to “mellow”.

“But the compote my family makes is out of halved peaches. We serve it with ice cream,” said Lorna, still eyeing the liquid that came with the “set lunch” option at the canteen. 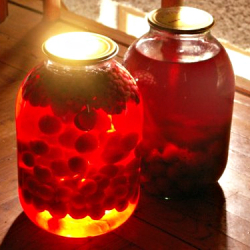 “My family used to can three-liter jars of this stuff,” I said. “Well, not quite like this but similar.” We’d gather red and white currants and add some strawberries and super-hard plums from our tree that were impossible to eat raw. It would all bubble away in the metal pot, filling the house with sweet, fruity aromas. My granddad would wrap glass jars in a towel and hold them over a boiling teapot to sterilize them. Once they cooled a little, grandma would fill them up and seal them with a metal lid using a special zakrutka – a jar sealer – she borrowed from the neighbors. A good zakrutka was hard to come by. The jars were lowered into cold storage and were the highlight of any family meal throughout the year.

The compote at the stolovaya was not quite as elaborate, but it covered the bases with sliced up apples, raisins, and pears. My colleague was still hesitant.

“You know, it’s so popular here there’s even a cartoon character named Compote,” I said, trying to be encouraging. “He’s a very cute kitten.”

Whether that or the general peer pressure of people around us enjoying their lunch, Lorna gave in and took a sip from her glass. “This is more tart than I expected,” she said. “But pretty good!” We finished our “soup, main dish, compote” lunch and went back to work.

Next time you’re at a stolovaya, you’ve got to give it a try!