If the apple season left you with too many apples and you’ve already succeeded in reducing all your visits to the doctor, here are some Russian-style recipes that will have you feeling this fall season. 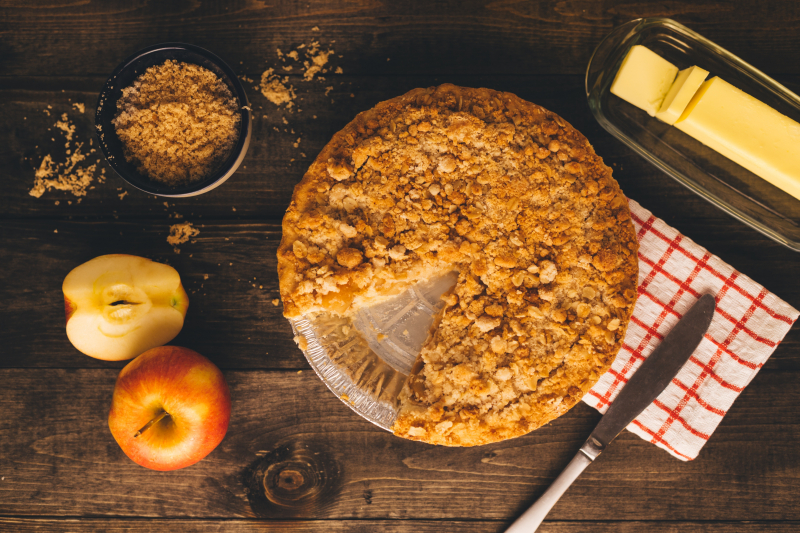 In Russia, with its harsh climate, it’s almost a crime not to eat apples during fall, especially after the Apple Feast of the Saviour (August 19) when the ripest and tastiest ones make it to the market: yellow, red, green… Gala, Granny Smith, Antonovka… an embarrassment of riches, as they say.

Airy, fluffy, and yummy, the Russian apple pie called sharlotka is one of the most popular Russian desserts loved all over the world. The first-ever sharlotka was made by French chef Marie-Antoine Carême for the wife of Tsar Alexander I of Russia in the 19th century. It was a delicious dessert topped with Bavarian or whipped cream. And although today's Charlotte Russe has come a long way from the Charlotte à la Parisienne of that time – many ingredients disappeared from the original recipe during the Soviet times – it still cannot but amaze anyone with its extreme simplicity, down-to-earth ingredients, and lovely (for some – even nostalgic) taste.

All you need is eggs, flour, sugar, salt, baking soda, and apples (make them the stars of the show!). And what’s beyond important – an oven. You can use any apples on hand but keep in mind that Gala and Antonovka are great for a sweet tooth, and if you like it sour, Reinette Simirenko or Granny Smith is your best option! Pair it with a cup of coffee, tea, or milk and have the best dessert of your life.

Another great Russian delicacy is pastila. It’s a traditional fruit confectionery that dates back to the 14th century. The recipe made its way to the Domostroy book, a 16th-century Russian guide to life for nobles. Today, it still remains a sweet treat beloved by many Russians, with the most popular types being produced in Kolomna (Moscow Region) and Belyov (Tula Region).

As you might have gathered, pastila is made from fruit puree and a gelling agent like agar-agar or egg protein. It’s often compared to marshmallows but this comparison doesn’t do it full justice. Although they do have the melt-in-your-mouth fluffiness in common, marshmallows are pure sugar, while pastila is considered a healthier and more natural alternative with a nice fruity flavor.

Pickling is a common practice in Russia, especially among the older generation, which might appear rather weird – but don’t let it fool you. It's an amazing way to preserve those summer-like tastes and vitamins for the long, dark, and cold winter. Cucumbers, tomatoes, and even apples – if it’s there, it can be pickled.

You won’t need the impossible to make them – only apples (late-autumn or winter varieties), vinegar, water, sugar, cinnamon, and salt – but it might take up to a month for you to finally taste them. The good thing is, you’re promised a unique flavor like you’ve never had before and a new handy skill under your belt.

Buckwheat, pelmenis, vatrushkas, compote, and more – take on our culinary journey to learn more about Russian traditional cuisine and stock up on some great ideas for your next cooking challenge.