Vatrushka: Delicious Tvorog Pastry With a Mysterious Past

If you think the term vatrushka sounds familiar, you probably remember our recent all-encompassing overview on the many ways we eat tvorog, a true kitchen staple, in Russia. But there is more to this dessert than meets the eye – and today we’ll let you in on the secret to the best, most delicious vatrushka of your life. 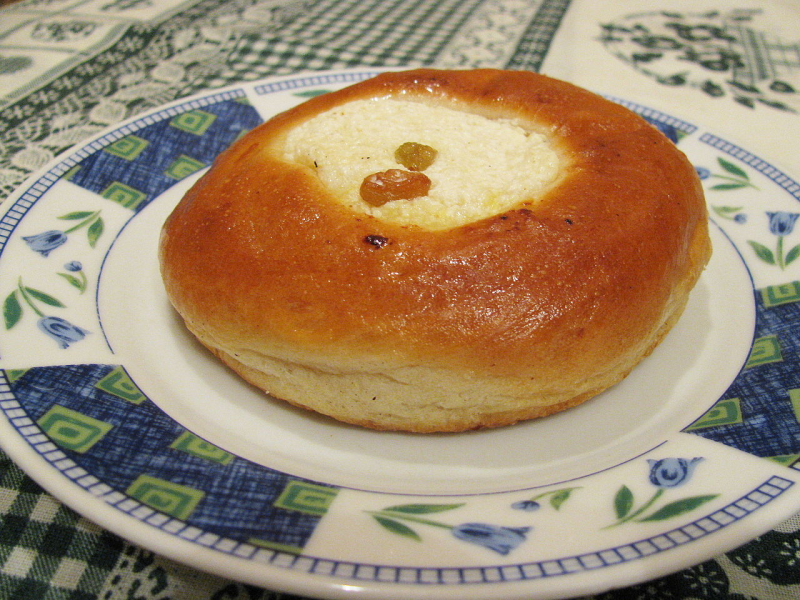 The mystery of the two vatrushkas

Every Russian person, as well as Wikipedia and our article, will tell you that a vatrushka is a Russian small flat dough bun topped with tvorog, not a grand pie-like dish. However, I spent my childhood enjoying the special tsar's vatrushka (Russian царская ватрушка) – something like a tvorog-based cheesecake with a delicious golden crumble on top – which I believed to be the true representative of the species. Imagine my confusion when I finally came across its much more modest relative, small, topping-less, and completely non-festive as it was.

Why and how there came to be two such different recipes is still a mystery to me and, as far as I could google, to everyone else as well. Or maybe it’s just an unspoken social convention to accept vatrushkas in any shape or form that they might take without questioning the peculiarities of their origin.

While we are here, though, it would be interesting to acknowledge that the more commonly-made vatrushka can be traced back to past superstitions and traditions. Its round shape made it the spitting image of the sun for ritualistic purposes – and it is believed to be associated with the Slavic celebration of the summer solstice, Kupala Night. By far the most intriguing pagan holiday in terms of the legends surrounding it, this was a day when the border between our world and that of magical creatures was said to be thinner than usual, making it possible to encounter the devil himself or some of his subordinates, as well as find the mystical flower that could turn all your dreams into reality. According to historians, vatrushkas served as tiny representatives of the sun on the Kupala Night feast, sustaining those celebrating through the long night of jumping over fires and other extravagant activities.

As for the word itself, the origin is not very clear. Some say it can be linked to the Protoslavic word for fire, again allowing us to trace back its symbolic meaning for the Kupala Night. According to other sources, however, it's a derivative from tvorog, with certain reductions and phonological changes added through centuries of use.

Finally, though we know next to nothing about the strikingly different vatrushka of my childhood (that my mom still greets me with whenever I happen to visit my hometown), there are still its alleged royal associations that surely add to the taste and experience. So here is how you can make it:

2. In a small bowl, combine flour and baking soda. Then take the block of butter or margarine and grate it into the bowl. An alternative is to cut it into small pieces and then transfer those to the bowl.

3. In another bowl, combine the tvorog, egg, and sugar until smooth (at this point you can also add vanilla extract or cinnamon – or both).

4. Cover the bottom of the baking pan with half of the butter-flour mixture. Then, spread the tvorog stuffing over it. Finally, add the second part of the flour mix on top, turning it into a cover for our vatrushka.

Naturally, this recipe allows for many adjustments and experiments such as, for instance, adding fruit or nuts to the tvorog stuffing. You can also make more of the dough so that it is enough for the sides of the vatrushka as well (that’s how it’s usually baked at cafes, when you do encounter it). But this is how I’ve known it for my whole life – and trust me when I say it: no cheesecake will ever match it.

If you want to learn to cook more Russian desserts, check out this piece or head over here for something more traditional.