Spooky, Scary, and Bizarre: Villains and Miscreants of Russian Folklore

It’s the spooky time of the year, and although Halloween is still far from being a massive phenomenon in Russia like it is in the rest of the world, our country also has its fair share of scary, creepy and unsettling folklore. We invite you to learn about some of the Russian culture’s most beloved (and feared) villains, boogeymen and mischief makers. 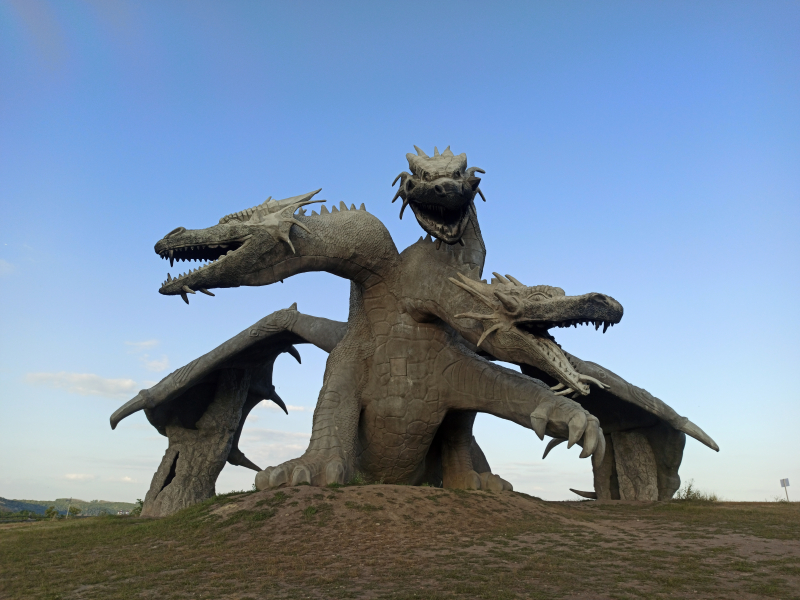 Some of the scariest concepts in any nation’s folklore are ones that have existed since time immemorial, firmly ingrained in the collective psyche. They represent the most basic fears and feelings: the fear of the dark, of nature’s wrath, and of unseen evil. These characters are familiar to every Russian child or adult; if you want to understand Russia better, you should know about them, too.

It’s easy to fall in love with Baba Yaga, the scariest witch of them all. She’s a skinny old lady with one working leg and an impeccable sense of style – just check out her rotating headbands and flowy, even if a little greasy, locks. She flies a mortar-and-pestle contraption to get around and lives in a wooden hut on chicken legs that shows its door only to those who know who know the magic words. She has a long-standing “it’s complicated” relationship with Koschei the Immortal, but it’s hard to say who will outlive whom. It doesn’t keep her from mixing with young, handsome princes that regularly show up begging for her help in either saving their wayward princesses or hoping to acquire a new kingdom, or both. Sometimes she boils them in milk and eats them, and other times she helps them outwith a magical weapon or potion, all depending on her mood. Is she evil? She certainly likes to think so. Is she powerful? Very, especially when she gets together with her girlfriends. Can she be kind? Yes, if he’s handsome and clever enough. Is it a bad idea to make her mad? You’d be a fool to try.

The cultural origins of Baba Yaga as a necessary antagonist in many Russian fairytales are as mysterious as the old lady herself, but many believe that she was modeled after a person who collected debt during the Mongolian rule and would even accept children as payment. Or was her prototype a mysterious healer woman? A gatekeeper between the world of the living and the dead? A goddess? Who knows.

This colorful character has been an inspiration to Russian (and not only) authors, painters, composers and filmmakers looking to bring her ferocious nature to light. Maybe like most girls, all she truly wanted was to have a little fun?

Unlike Baba Yaga, another Russian fairy tale character, Koshchei the Immortal, can’t be bargained with or distracted; he is always a villain, notoriously greedy and with a penchant for abducting young maidens. His name is supposedly derived from the Russian word ‘кость’ (kost) meaning ‘bone’, referring to his skeletal appearance – in Slavic folklore, Koshchei is always described as a very tall and inhumanly thin ugly-looking old man – as well as his belonging to the world of the dead (compare to Baba Yaga’s bony legs). Indeed, Koshchei is not an ordinary man, but the epitome of evil, ‘one of the most powerful dark wizards of all times’, if you may say so.

The most curious part about Koshchei, however, is that the epithet “Immortal” (or “Deathless”) doesn’t mean that he can’t be killed (otherwise there would be no happy ending for Ivan Tsarevich and his beloved princess). It only means that Koshchei cannot be killed by conventional weapons targeting his seemingly weak body. The thing is, his soul is hidden separate from his body in a needle, placed in an egg, hidden inside a duck, hidden inside a hare, hidden inside an iron chest, buried under an oak tree on an island in the middle of the ocean. How does this crazy matryoshka strike you? As long as his soul is safe, he cannot die. All of a sudden, the concept of J. K. Rowling’s horcruxes doesn’t seem that new after all…

Domovoy isn’t a spooky character per se; in fact, ancient Slavs worshiped it as the patron-guardian of the household (hence the name, ‘household lord’), but you don’t want to mess with this guy as things can get really ugly. Just bought a new cupboard but it broke in a couple of days? It’s not flimsy manufacturing or your sad assembly skills that are to blame; you must have wronged your domovoy somehow. Your favorite mug suddenly fell off the table and shattered to a gazillion tiny pieces? Don’t go berserk running around the flat after your delinquent cat: a) you’re an adult, b) it won’t help, it’s the domovoy again. So try to appease him with food and flattery and hope for the best.

But it’s not all that bad. When the domovoy is in a good mood, he (for it’s usually a ‘he’, though he can have a wife, ‘domovikha’, and kids, ‘domovinka’ for daughter and ‘domovenok’ for son) tidies your home, protects it when you’re away, runs small household chores, looks after the well-being of family members, and keeps the fire in the hearth going. Have a stable but hate to clean it? Worry not, your domovoy is here to help, and you can bank on him to scrub the horses and other livestock and even adorn his favorite ones with red ribbons. For us poorer folk with only a cat or a dog to keep us company, know that the domovoy takes care of other pets too – what a handy little fella. It’s only the Northern and Western Slavs who believe him to be this nice, though; move a little down south and you’ll find locals crossing themselves at the mention of this creature whom they consider a mischievous demon playing tricks on honest people.

So how do you recognize a domovoy when you meet one? He usually walks around as a kindly-looking elderly man (that’s why some Slavs lovingly call him ‘Dědek’, ‘Dedushka’, grandfather) dressed in a deep-blue homespun coat and white or red shirt encircled with an ornate girdle, as well as a pair of laptis. He can also take on a form of a family member, especially one that is away, so don’t be fooled. As for his origins, most folklore scholars hold that he impersonates the first progenitor of a family line, or any other departed relative who has to look after the house as a punishment for their sins. In some Slavic countries, Christian beliefs fuse with pagan superstitions to produce an image of domovoy as a being created by God and tasked with helping people. He’s also perceived as an unquiet spirit of a human sacrifice to a new house; excavations show that it was a regular practice – we’re meant to spook you out, after all.

What’s great about Russian folk tales is how crazy they can get. Oftentimes, what scares you is not the evil nature of some character or plot, but rather their absurdity. For example, there’s a Baba Yaga story in which she comes to count one man’s teeth every night, for whatever strange purpose she has, and the guy is flat-out terrified to show that he’s awake. Just imagine yourself in this kind of a situation!

Still, that’s just the thin end of the wedge, as nothing beats Soviet-time urban legends when it comes to quirks and oddities. Here are some of the most bizarre entities that feature in them:

The Casket on Wheels: Well, this one’s name speaks for itself; it’s a black or red casket that prowls the streets by itself. The casket usually appears after you do something wrong, and starts searching for you; it is often accompanied by a voice from the radio that informs people of the casket’s whereabouts, something like “The Casket on Wheels has already found your house, and is now searching for your apartment!”, and urges you to escape by doing something risky, like jumping out of the window. Such stories either end in the protagonist’s death, or some comical finale – depending on the teller’s tastes.

The Stain is often found on a clean floor when a family moves to a new apartment. Any attempt to rub it off ends with people disappearing; the stain usually hides an entrance to a dark and scary room, but sometimes it's just the tip of the head of someone trapped in the cellar.

The Black Tulip is a masquerade costume that is both cheap and beautiful. Still, if you ever buy it, the real Black Tulip will come to your house and eat everything there is (you and your parents included) unless you kill it with fire. Strangely enough, there is never any mention of what the Black Tulip looks like, so beware!