Twisted particles have found their applications in many fields, such as optomechanics, biology, astrophysics, as well as quantum optics, information science, and communications, where, for instance, they can be used to increase data capacity. However, as these particles are primarily obtained through diffraction gratings, they can’t yet be used for experiments in nuclear and particle physics given the high energies of particles used in contemporary colliders. As a solution to this problem, physicists from ITMO University have suggested a method of obtaining such particles using the so-called generalized measurements, without relying on any special equipment. Their research was supported by a Russian Science Foundation grant, with its results published in The European Physical Journal C (Particles and Fields). 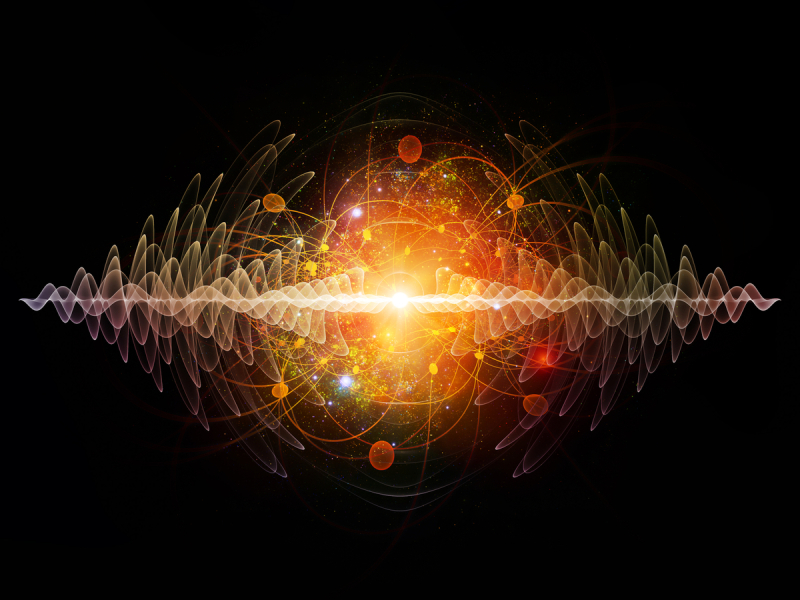 Why particles should spin

Elementary particles, such as photons, electrons, and neutrons, can demonstrate different properties depending on the surrounding conditions and act either as waves or as particles. This phenomenon is known as wave-particle duality and it is believed that, under normal conditions, massive particles such as electrons can retain their wave properties only at lower energies, while at higher ones they can act only as particles. However, some of their wave properties can remain at higher energies if the particle is twisted, which is a state produced when a particle’s wave front is made to spin along the direction of the particle’s movement and then accelerated. The shape of the wave packet of such particles is reminiscent of a corkscrew.

Twisted particles are used in electron microscopy to analyze the structure of nano- and metamaterials; however, they have a wider area of applications in different sciences. For instance, twisted photons can be used to transfer data that is encoded and then recorded on rays of light. What makes light a particularly promising information carrier is the property of orbital angular momentum, which researchers haven’t yet learned to control in a wider wavelength spectrum. Contrary to “normal” light, the twisted kind can carry more information because it acquires an additional degree of freedom.

It’s, therefore, the changing of a particle’s orbital angular momentum that turns it into a twisted one. These days, this is achieved using various diffraction methods, such as gratings or phase plates in the optical and infrared spectra. Additionally, twisted photons can be generated by charged particles in undulators (devices that create electromagnetic fields to affect the particles moving inside them) with different kinds of scattering, radiation, and other methods. So far, the peak energy of twisted photons doesn’t exceed several kiloelectronvolts, which is considerably lower than the energies achieved in accelerated particles. This means that the study of spin physics at higher energies calls for alternative methods of producing twisted states in a wide range of quantum systems.

Nobel Prize in Physics 2022: What Are Entangled Photons and Why They Are Important?

What the scientists suggest

As a solution to this problem, scientists from ITMO University with their German collaborators suggested using quantum entanglement, experimental studies of which have recently merited a Nobel Prize. The phenomenon of quantum entanglement comes down to the fact that if two particles are born in the same reaction, they become bound to each other and therefore present essentially a single quantum system, even if they are brought apart on a macroscopic scale. In this project, the researchers theoretically demonstrated that this property can be used to create twisted quantum states.

Normally, researchers would have to very precisely measure a particle’s properties, such as its mass or charge, but the new method places a great emphasis on the so-called generalized measurements or measurements with large errors. This means that one of the method’s advantages is that it can work with the states of particles in the way they appeared as the result of the process, without the need to turn to regular detectors that would precisely measure a particle’s momentum. With the new method, it is enough to roughly measure the azimuthal angle of the momentum of a single end particle in a reaction – for instance, when the particle that comes out at a very small angle to the collision axis (as is often the case in experiments with particle accelerators). This way, the wave of the second particle will automatically twist thanks to the properties of quantum entanglement.

“Curiously, here we benefit from bad measurements of particle properties. However, in quantum physics there always are conjugate observables: if we measure one value very precisely, it means we learn the other one with a major error (for instance, two of such variables are a particle’s position and momentum). In this case, our conjugate observables are the azimuthal angle and angular momentum: by badly measuring the angle, we learn the angular momentum, or the property of being in a twisted state, more precisely,” explains Dmitry Karlovets, the paper’s co-author and a senior researcher at the School of Physics and Engineering.

The researchers considered the way twisted photons are generated in spiral undulators – magnetic systems used in accelerators and synchrotrons – as well as in free-electron lasers (such as European XFEL). It had been experimentally proven that photons in such installations are twisted, however there wasn’t a good quantum theory to explain it. Together with theoreticians at European XFEL, the paper’s authors conducted measurements to discover that this approach not only relies on generalized measurements, but can also be implemented at other accelerators, including hadron ones.

Therefore, according to these calculations photons, muons, protons, and other particles can be twisted through usual electrodynamic processes, such as scattering, radiation, or annihilation, with the help of generalized measurements.

This discovery can be used to enable experiments in particle and nuclear physics that are conducted on particle colliders and free-electron lasers, such as the SASE3 undulator line of European XFEL, the high-power lasers of the Extreme Light Infrastructure, synchrotrons with spiral undulators, as well as on existing and future lepton and hadron colliders.