Yandex Director of Marketing Andrey Sebrant: We’re Living in the Age of Implementation

On December 18, the Winter School “It’s Your Call!”, organized by ITMO University and Sberbank, began its second season. 180 bachelor and Master’s students from all over Russia joined each other in St. Petersburg. On the first day, Andrey Sebrant – Yandex company’s Director of Product Marketing – welcomed the students and shared some advice on how not to get lost on one’s journey into the future. 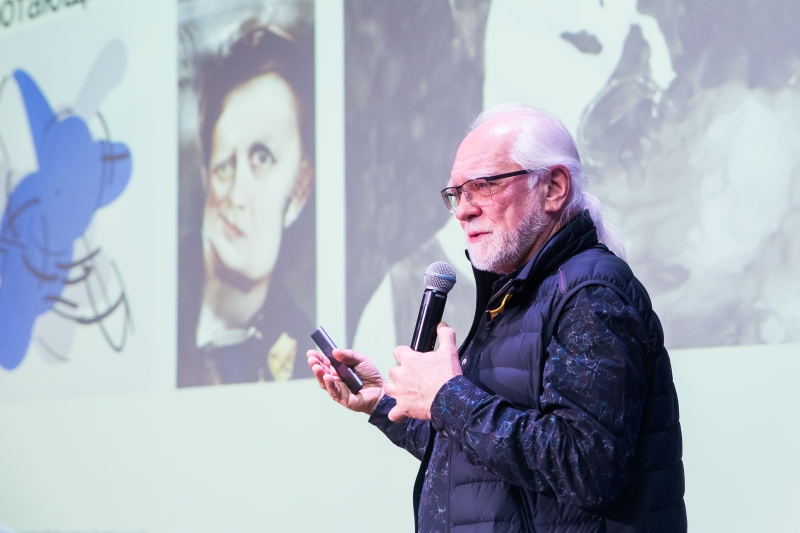 First off, I would advise everyone to read the book called AI Superpowers. Its author, Kai-Fu Lee, was head of Google’s Chinese subdivision back when the company tried to establish itself there. When Google left, Lee created China’s largest venture fund. What this means is that these are not the thoughts of some third-party expert or a journalist, but someone who’s been inside the industry, both in China and the US. It’s well-written and quite accessible, with conclusions supported by documents and numbers.

One notion from the book has really stuck with me: there are always two stages in the development of any technology or science. First comes the “age of discovery”, marked by genius solutions and expansion of scientific knowledge, and it is followed by the “age of implementation” when breakthrough discoveries are given practical applications. That’s when individuals are less important than the number of entrepreneurs, engineers, and product managers.

And even if there are plenty of engineers now (although not enough, in my opinion), there is a dire lack of entrepreneurs and product managers. Very dire. On the other hand, with any trouble comes an opportunity.

Technical specialists of the near future might end up often witnessing a sad situation: one where teams are staffed by clever people, contest winners, and prodigies, but none of these teams would be able to do anything but publish an article without a strong entrepreneur at the helm. In the best case, they’ll win a Nobel Prize.

No university can train an entrepreneur. The skills you need to become one can only be learned by personal experience. The same applies to product management. So train that muscle, as you’ll need to use it very soon.

Modern artists Ilya and Emilia Kabakov have recently done an exhibition at the Tretyakov Gallery called “Not Everyone Will Be Taken Into the Future”. It’s fairly simple: an empty room, a train platform, and a pile of Ilya’s scattered works. Nothing else. But, like with any good art, you can’t move on from it. You can’t help but think about it and process the images it showed you.

This statement itself, “not everyone will be taken into the future”, is on the mind of everyone who’s trying to figure out what’s going on in the world and where it’s all heading. Of course, this isn’t about physical survival: it’s about actually going into the future and not just believing you live in it while going in and out of severe depression. You’ve got to do something if you don’t want to be left behind.

How much can AI earn on art?

There’s some funny business going on in the fine arts market. The way it operates is very simple: if you want to earn money, you need to sell to collectors. And there are two ways to do that: either get into the top auction houses, or have your work shown at some of the world’s biggest galleries, and neither is easy. If you can’t do one or the other, your chances of being able to live on the minimum wage level are pretty much nil.

Last August, Christie’s, one of the world’s biggest auction houses, put out a press release saying they were selling a painting drawn by an AI. Behind the AI was a three-member team from France called Obvious. None of them know how to draw: one is an adequate programmer and the other two are talented marketing experts. This was their way of pulling a joke.

But the joke seemed to have gone farther than anyone had expected. Before an auction begins, the house’s experts make an estimate of how much the lot is worth. This particular painting’s estimate was somewhere around 7,000 USD – for a painting, that’s barely a price.

During the auction, the price rose to 432,500 USD. That’s no longer a joke, that’s the price of a Picasso. Instead of a prank, a legitimate art object was brought to the auction. A large amount of money is going not only into the pockets of “protein-based painters” but also to those who may not be able to draw, but know how to sell.

And that’s how the traditional art market broke. As someone who was always taught to experiment, I tend to trust experimental proof, not press releases. And testing the collectors’ wallets has shown that they’re ready to pay for this kind of product. Art history shows that once something starts to be sold at auctions and shown at galleries, it’s labeled as art. It would seem that AI has passed the first part of that test.

As the previous example shows, it takes a good idea and good technology to create a successful product. A product manager must understand how people and businesses will sell the product at all stages of its manufacture. Everyone knows how to prototype, but nearly no one knows how to bring a product to perfection. Teams are good when all members teach each other, including the AI. The sooner you learn how to work alongside AI, the sooner you’ll be in the future where this would be the only kind of team worth paying attention to.

It’s the same with education. Bill and Melinda Gates have recently summed up the year’s results in their blog where they listed the things that surprised them in 2018. Item #8 on that list is the growing obsolescence of textbooks. Textbooks come from an age where professors and teachers were the only carriers of knowledge, and the entire exam system is designed to test how well a student has learned the material they’ve been given. In modern life, that’s absolute baloney.

It’s time to get critical about education. What really prepares you for the future are things like startups and team projects. Universities give you discipline and help establish a network of acquaintances. In the future, they may end up being helpful when you’re looking for a job or a project. The educational process itself is far less useful.

Why is everyone wrong about the “company of the future”?

Many, including HR specialists, still have this image of an ultra-modern company as a place filled with computers and sensors. Everything is measured, recorded and uploaded to data centers. A special place in that structure is held by analysts and data scientists: they convert gigabytes of information into something readable by humans and forward it to management, who review these reports and make their calculations. Then, a massive pool of programmers turns these ideas into new code, sends them to management centers and changes the processes related to production and sales. Then, information is collected all over again and the circle continues.

So what’s wrong with that? The thing is that with modern machine learning, the data scientists and everyone who goes after that are unnecessary. If they only do somewhat monotonous work and make decisions based on data, then algorithms can easily do their jobs. There is no longer a need for an army of data scientists, programmers, and management.

There aren’t any companies like this in the world. And the reason for that is psychological barriers. People are afraid and distrusting of innovation. They don’t want a more effective, but less human production model. It’s hard to call a computer into your office and tell it what it did wrong. Bosses are often reluctant to hire someone more capable than themselves, and a machine will always be more capable.

To get over your human fears, learn to think like an artist. It’s incredibly important because pure engineering thinking can’t overcome the struggle with unknown. Take drones, for instance. There are plenty of myths and fears surrounding them. You can explain how safe they are with stats and numbers, but that’s not going to help. Journalists will keep peddling horror stories. At Yandex, we learn to work with people’s emotions.

Early last year, we went to the CES 2018 in Las Vegas. Yandex didn’t buy a booth there. Instead, a month before the show three specialists from our unmanned vehicle department went to the US, bought a white Toyota Prius in Boston (it was the only place with the right model) and drove it to Las Vegas. In just two weeks, they turned it into a driverless car. Then they spent another two weeks teaching it to drive around the city. During CES, they sent an email to Marques Brownlee, the top hi-tech vlogger in the US, and invited him to try out the car.

Uber, Tesla, and Google have spent years testing their autonomous cars, but the general audience is still reluctant to trust them. These companies seem to be unable to talk to people as people and not engineers. In the video, you can see that we used a method of communication that takes into account the way human psyche works and didn’t just do a spiel on the product’s qualities.

Another book I’d advise everyone to read is Machine, Platform, Crowd: Harnessing Our Digital Future by Andrew McAfee and Erik Brynjolfsson. In it, they consider three concepts: machines are based on machine learning, platforms on platform economics, and crowds not only on crowdfunding and crowdsourcing. The old hierarchies stop employees from surviving in modern, fast-paced and highly competitive companies. What’s needed are new ways to make the structures within companies more horizontal. Two MIT economics professors provide a very lively explanation about the fusion of machine learning, platform economics and companies that work as fast as a startup.