Several weeks ago, ITMO University hosted the international conference Mendeleev 150, which brought together chemistry researchers from all over the world. The event may be over, but the conference’s organizers are still continuing their work in the framework of the International Year of the Periodic Table, proclaimed open by the UN. To that end, ITMO’s Mikhail Kurushkin, chair of Mendeleev 150, and Lomonosov Moscow State University professor Evgeny Gudilin have announced a series of joint articles on the periodic table’s role in a number of scientific fields. The selected works will be published in a prestigious scientific journal Frontiers in Chemistry. 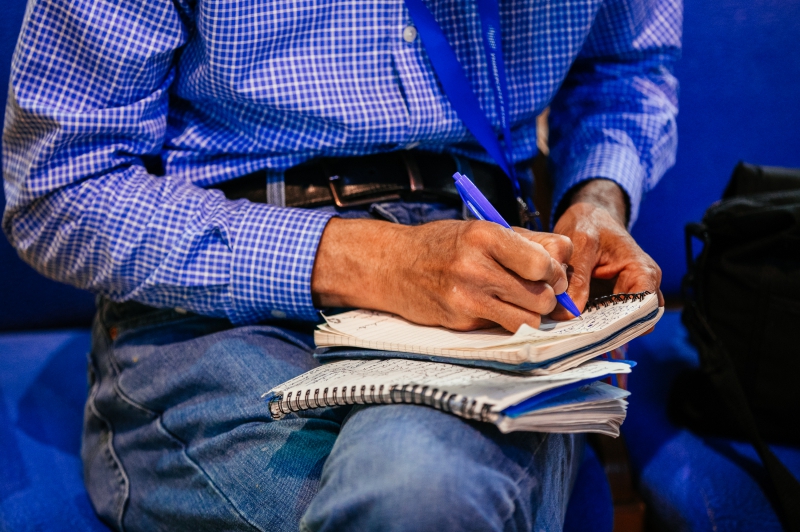 Titled “Celebrating the International Year of the Periodic Table: Beyond Mendeleev 150”, the collection will be dedicated to how the breakthrough discovery supports research in an entire range of scientific fields. Metamaterials, biology, physics: specialists of all of these branches of scientific knowledge use the table in their day-to-day work, and the collection’s authors hope to reflect that taking real-life cases as an example. Their particular interests include experimental works, new research approaches, theoretical suggestions on the limit of the periodic table, and many more. You can find more of possible article topics, and submit your article for an editorial review, here.

The series doesn’t imply any age limits for authors: everyone, from a school or university student to a professor can submit an article for consideration; the only requirement is for it to revolve around either chemical elements or the periodic table itself. The application process is also simple, lacking any specific template to base an article on. The deadline for submitting your abstract is September 16, 2019, and January 15, 2020 for the finished article.

The original idea was proposed by a group of scientists, who are also stepping in as the series’ editors: Evgeny Gudilin, deputy dean of Lomonosov Moscow State University’s Faculty of Materials Science and a corresponding member of the Russian Academy of Sciences; W. H. Eugen Schwarz, a professor of the University of Siegen (Germany) and a living classic of theoretical chemistry; and Mikhail Kurushkin, an associate professor at ITMO University’s ChemBio Cluster. Commenting on the initiative, Prof. Kurushkin highlights that it wasn’t only the 150th anniversary of the periodic table that led to its creation.

“2019 is rich in memorable dates that are very important for the field of chemistry. Among them is the 100th anniversary of the death of the Swiss scientist Alfred Werner, the founding father of coordination chemistry and a Nobel Prize laureate. Wanting to commemorate those important dates, our group started searching for the most apposite approaches and a platform. This search led us to the prestigious journal Frontiers in Chemistry. It is in the course of communicating with the publication’s manager for development that we came up with the idea of a series of articles dedicated to the periodic table and chemistry elements in the larger sense,” shares Mikhail Kurushkin.

Frontiers in Chemistry is an open-access journal with an infrastructure that includes a platform for a peer evaluation of articles, a digital editorial board, publication metrics and a virtual assistant for AI analysis. According to 2019 statistics, Frontiers in Chemistry ranked as fifth most-cited scientific publication, with a 570-million views and downloading count. After the article series assembles 10 installments, Frontiers in Chemistry will publish an ISBN-indexed e-book which will consequently be promoted on social media. This will allow the authors to not only publish their work in a leading journal but also have it reaching the widest audience possible and gaining a multitude of citations, to boot.

As noted by Mikhail Kurushkin, the main goal of the editorial trio is to assemble a team of promising authors regardless of their country of origin. To achieve this, the group contacted successful young chemistry researchers that have made it into a special top list by the organization IUPAC. Some of them, including East China Normal University professor Xuefeng Jiang and Stepan Kalmykov, acting dean of Moscow State University’s Faculty of Chemistry, have already confirmed their participation.

The “Celebrating the International Year of the Periodic Table: Beyond Mendeleev 150” article series will bring together not only scientists but also education and research centers: the staff of ITMO University and Lomonosov Moscow State University are engaged in joint work on assembling the authors and enabling high-quality peer-reviewing process. In 2019, both universities have come into leading positions in the chemistry category in scientific productivity subject rankings by the Expert analytical center.

“We have launched this joint undertaking to collaborate on the development of chemistry in Russia and identify young and promising authors. That is why, as reviewers and editors, we don’t impose any particularly complex requirements for potential works: this should be either a review or an original research on the periodic table or chemical elements. Every researcher will be able to find their own niche to cover,” concludes Mikhail Kurushkin.