The holidays are perfect not only for partying and sleeping, but also for doing what you’ve always been putting off. Tired of socializing and stuffing yourself? Spend some time with an enlightening film or a great book. We’ve prepared a list of some of the books and movies you should check out this holiday season. 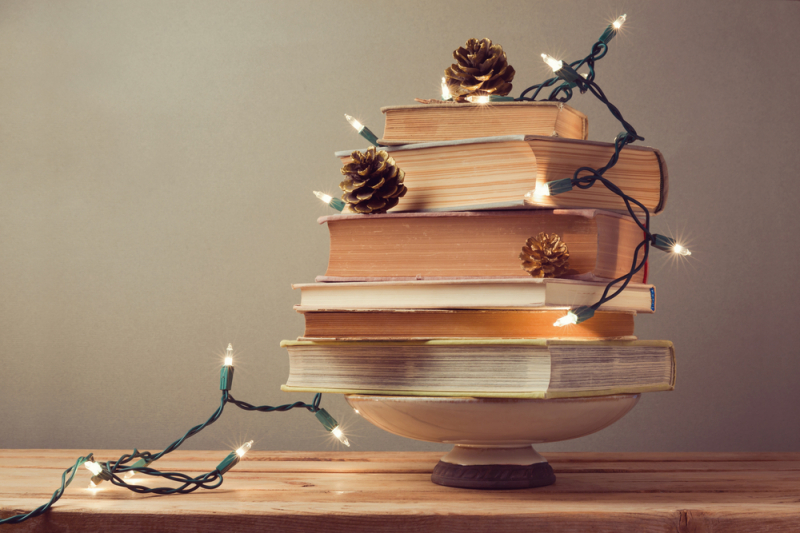 Materials scientist and engineer Mark Miodownik provides insights into the amazing, mysterious, and unexpected properties of the well-known liquids that surround us.

Kerosene, liquid soap, coffee, tea, alcohol, cleaning liquid, saliva, nitroglycerin, glue, and sauce – all these liquids are ever-present in our daily lives, yet we actually know very little about them. This book will help you discover the vast and unexplored world of liquids.

The Violinist's Thumb, by Sam Kean

The book focuses on genetics and the unique stories told by our genetic code. A perfect pick if you’d like to start the year with learning about and rediscovering the fundamental truths about your body.

The Signal and the Noise: Why Most Predictions Fail – but Some Don't, by Nate Silver

Nate Silver’s 2012 bestseller concerns itself with predictions and probabilities of all sorts of events: earthquakes, epidemics, economic crises, elections, sports games, and so on. Its author is the creator of a prediction system that has allowed him to correctly predict the results of elections in almost every American state. The book is a great pick for anyone interested in mathematics, machine learning, sociology, and economics.

An Epidemic of Absence: A New Way of Understanding Allergies and Autoimmune Diseases, by Moises Velasquez-Manoff

Velasquez-Manoff’s work presents an in-depth analysis of the connection between the growing “sterility” of humans’ internal and external environments and the rise in the number of autoimmune, allergic, and other severe diseases. Readers will find out how parasitic infections can help prevent autoimmune disease, why the children of farmers and citizens of former Eastern Bloc countries have less allergies, whether there is a link between autism and a weak immune system, and how tolerance to allergens may form as early as during the embryo stage.

A fundamental study of the technological aspects of modern computing. In a time when one’s computer is a workbench, cinema, library, and a friend, it wouldn’t do any harm to learn more about the history and basic principles of this technology. Charles Petzold goes as far back as the 19th century to the first telegraphs to understand what makes a computer.

The Origins of Virtue: Human Instincts and the Evolution of Cooperation, by Matt Ridley

What are altruism and virtue: the fruit of centuries of cultural development or an instinct vital to the survival of social groups? Top pop-sci author Matt Ridley provides a scientific perspective on why and how we help each other.

The Story of Colour: An Exploration of the Hidden Messages of the Spectrum, by Gavin Evans

Color is just the way our eyes perceive different wavelengths of light – or is it? Our understanding of color is the amalgamation of associations and traditions formed over the course of millenia, though some have been established fairly recently. This book will tell you why taxi cabs are yellow; why some cultures associate the color white with cleanliness and others – with death; why some countries depict jealousy with green and others with red. You’ll learn about the psychology of color and its role in how every business – from tiny coffeeshops to the world’s biggest apps – markets itself.

This highly-rated BBC documentary covers the entire history of our planet – from its formation to the origins of life and the development of human civilization.

Greenland: the Whispering of Ice, 2017

A research team headed by the French explorer Evrard Wendenbaum studies the Renland peninsula, a region of the Arctic considered to be the last untouched piece of land in Greenland. This virgin territory is located at the heart of Scoresby Sund, the world’s largest fjord system. The expedition’s findings will shine a light on the impact of meltwater on glacial landslides and the effects of climate change on the deglaciation of Greenland.

The director Hermann Vaske has spent 30 years interviewing some of the most influential creators of the 20th century. Travelling around the world, he would ask the same question about the nature of creativity of those who not only succeeded in their field, but revolutionized it.

Six professors of mathematics and physics, passionate about sharing the beauty of their research with the world, organize a competition in which artists would create works based on modern science and present them to a jury of six art, fashion, and architectural experts. This is a film about what science art is – and what it gives us.