Wikipedia Is Not an Ivory Tower: ITMO Graduate On Working For The ‘Net’s Greatest Encyclopedia

Anna Biryukova graduated from ITMO’s Science Communication Master’s program in 2018. She now works at the Polytechnic Museum in Moscow and is one of the co-founders of slovo.media, a digital agency, where she curates media projects, develops communication strategies and does research for Wikipedia. Read on to find out more about Anna’s path to science communication, the challenges she encounters in her work, and the reasons why you should learn to use Wikipedia. 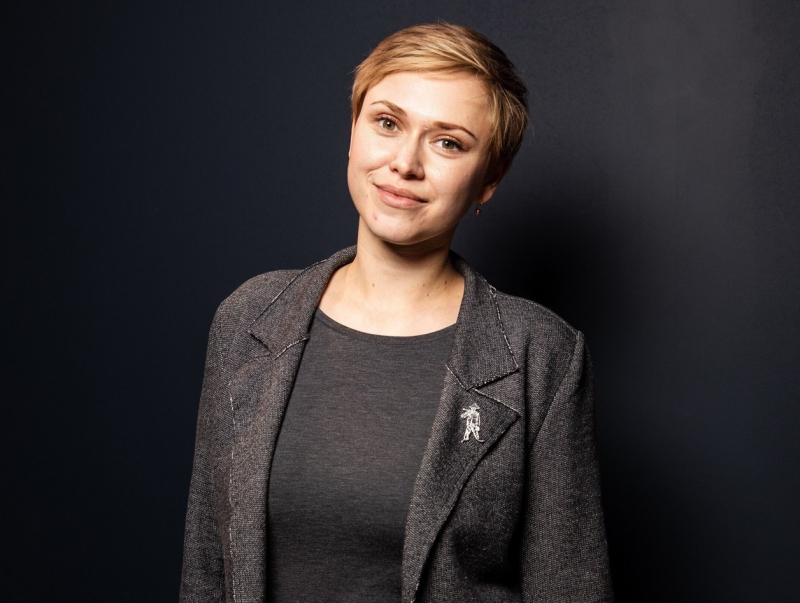 Anna, what did you study before getting into science communication?

In 2013, I graduated from Peter the Great St. Petersburg Polytechnic University as a specialist in publishing and editing.

What did you want to do after graduation?

I wanted to be an editor at a publishing house, to do something science-related. By the way, during my studies, I worked part-time as a scientific publications editor at the State Museum of the History of St. Petersburg.

Where did your interest in science come from?

From reading a popular encyclopedia for children, it was my favorite book series when I was a child.

How did you decide to get into a science communication Master’s program?

Initially, I wasn’t planning on getting a Master’s degree. Three years after graduation, I was working on a project, which created texts for Wikipedia. We were also collaborating with ITMO University. At one point someone told me there was a new program at the university called science communication. I looked through the curriculum and realized that it fitted me perfectly: PR in science and PR in general, communication. I decided to enter, but it was a rather unexpected decision: carefully considered, but unexpected nonetheless.

Did you continue studying Wikipedia when you got into Master’s?

It wasn’t exactly “studying”. I was working with it, doing my research. First of all, I wanted to know why was it that people visited the site. There are very hyped topics, things discussed at every corner of the internet, trendy news. There also are articles you need to consult regularly for your work or studies. Users’ interest to other articles can fluctuate dramatically depending on their media coverage, blockchain is a great example. There are some topics connected to health and safety, such as healthcare and sex, which always attract a good number of readers. But I wanted to know not only what was popular, but why it was so. I talked about it at Wiki-conferences, trying to draw the attention of Wikipedians to the reasons why these articles are popular and the responsibilities of those who edit them.

Did you get interested in Wikipedia because of your job?

Yes. I wasn’t interested in the inner workings of Wikipedia before, like the majority of the internet users. But I became rather keen on it after I’d met the people who create and edit the articles. The way the website is organized is not obvious to an outsider. You have a vague idea of how it works, but you don’t know all the intricacies, you are not even aware of all the possible interactions with the service. It now seems to be this great ivory tower full of Wikipedians doing magic, but it’s actually much more transparent. Although I can’t say that the rules Wikipedia abides by are simple, they are not impossible to grasp.

Are these rules only for the companies who want to create a Wiki-page?

No, transparency is trust: the more you know about the structure, the more you trust it. And, speaking about the readers, they might be pleased to learn there is a way to track vandalism and check references in the articles. The articles themselves also have reliability statuses: good, A-class or featured articles. The featured articles are marked by stars demonstrating that the article is reviewed by experienced Wikipedians and fits all of the information quality criteria.

Coworking for scientists and podcasts about Wikipedia

How did you benefit from your Master’s studies?

I got to know a lot of people and understand the way science works in Russia. I realized that I could show the public how great Russian science was.

And in terms of your work with Wikipedia? You already had the experience, did you learn something new?

Of course, I learned a lot. I consider this Master’s program the best decision of the last five years. It is thanks to it that I now work at the Polytechnic museum. I am a fan of science museums, I always visit them here and abroad. We had a great course on the topic at ITMO with speakers from the museum. There was also a lecture by Anna Kozyrevskaya, who helped Ivar Maxutov to bring PostNauka (a Russian popular science project) to life. When I heard that Anna started working on educational projects at the Polytechnic museum, I decided that I wanted to work with her. It was a great opportunity that couldn’t be missed — and I took my chance.

Were you not scared of the challenges of working with the scientific community?

I didn’t expect any challenges. Rather, I saw the matter through the eyes of the public that doesn’t work in science; these people often ask: “Why would I learn about that?” It’s not the question of how hard or easy it can be to explain a scientific concept to the public, it’s about how to make this public interested, to demonstrate how they will benefit from this knowledge. I realized that you shouldn’t strive to teach people something when you do science communication. People don’t want to be taught, it’s not one of their needs. You need to focus on those who have a drive for learning because they seek communication themselves. Then all you have to do as a science communicator is to maintain this audience, to establish a way of communicating and keep using it.

School teachers forbid their students to use Wikipedia as a source. What do you think about it?

There are two sides to this problem. I can’t deny the fact that a child can come across inaccurate information and memorize it. On the other hand, it depends on a student’s ability to assess the article they read. If they can critically evaluate the information, then it will be easy to tell apart a good article and a bad one. If that’s the case, then I don’t see any problem in using information from Wikipedia, because the person who put it there had already analyzed the sources and did a good job presenting them. What’s the point in doing it again? I would rather ask the teachers how come their students cannot tell a good article from a bad one. I was invited to a summer school in Kazan to give a lecture on this exact topic. Wikimedia Armenia is a great example of classes on how to use Wikipedia for teachers. Over the holidays, they show teachers the many ways to interact with Wikipedia, so that the teachers can create Wiki-clubs children. Successful students get a chance to go to Wiki-camps, mainly held abroad and organized by the expatriate community. The team in Kazan follow the Armenian example and educate people in this field.

What projects are you working on these days?

I am promoting Wikipedia. I do lectures, webinars. Alexander Golovin, ITMO’s science communication graduate, has invited me for an interview for the CritMouse popular science podcast. My colleague from slovo.media and I are focusing more on consultations. We used to primarily write and edit articles, but even though writing for Wikipedia is fun, it is also exhausting. You actually create a research paper as you go through your sources, analyze them and make a summary. Teaching people to use Wikipedia is a completely different story. It is far more enjoyable. Apart from that, I am responsible for a project at Polytech that has to do with creating a working space for scientists. When the museum’s new building opens after restoration, the former library will become a space for scientists to communicate and share their ideas and experiences or simply work in a quiet and cozy place.

It’s no secret that digital representation is very important for any company. PR specialists are constantly creating wiki-texts, but they usually don’t comply with the publishing rules, so the wikimedians have to either heavily edit or delete them. Those who had to face this problem start looking for professionals, who can write about their company abiding by the Wikipedia rules. Thus, the demand is rather high. When we opened our agency in 2015, it was not as obvious, but when we started receiving orders from the likes of Mail.Ru Group, Tinkoff and Innopolis, it became clear how much business is interested in this field.

What are you planning to take on next?

With Timofey, my partner from slovo.media, we want to start working in the public sphere and offer consultations, promoting Wikipedia to an even wider audience. In December 2020, the Polytechnic museum will open after restoration and I can’t wait for it, the whole museum is buzzing with excitement. I am sure it will be wonderful. One other field I want to work on is collaborating with funds, charities and social entrepreneurs. I already have a non-profit project: together with the Help Needed fund we created a number of articles on such social issues as orphanhood, assisted living, trust lines, World Giving Index and many others. But I am sure that many more interesting and important projects are yet to come – I am looking for partners who would want to bring them to life.