Having graduated from ITMO University in 2014, Maria Plotkina worked as a designer and, later, as a school teacher.  Over a year ago, together with her colleague, she established the project “Geek Teachers”, designed to reconcile the traditional school system with groundbreaking educational technologies. ITMO.NEWS met Maria to find out about her time at ITMO, her exciting work experience and projects, and why informal festivals in the glitter-loaded party format can make the education process at schools more open. 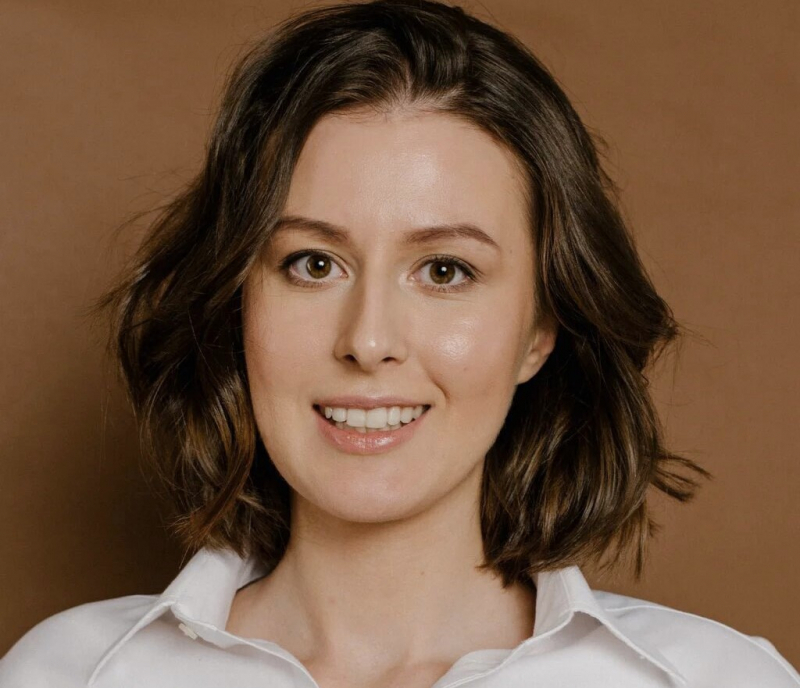 A program with a bonus

What specialization did you have at university?

This was the Faculty of Precision Mechanics and Technology, Department of Computer Engineering Graphics. But mine wasn’t a usual specialization: we studied design and pedagogy, with the resulting profession being a vocational training teacher in design.

Was it by intention that you chose a specialization with such a bonus?

No. Not a lot of us had known in advance that we’d have pedagogy subjects and training. Generally, I was interested in design, and chose this track at ITMO by intention. Before enrolling, I attended courses in drawing, flash design and animation, and my mom graduated from ITMO, so I knew with certainty where I’d be studying.

Did you work within your specialization after you graduated from university?

Yes, in my final year at ITMO, I started working at a design studio and parallel to that, I became a teacher at ITMO University’s Children and Youth Computer Center. It started as an internship and then I decided to stay. After my graduation, I continued working as a designer, at that point full-time, but I still visited ITMO University from time to time to give lectures on computer graphics and related subjects.

Did the studies come in handy in your career?

They did. Even though I thought of some subjects as totally useless, they still came in handy eventually, especially in my work as a designer: thanks to all the software and interfaces that we learned at the university I wasn’t afraid of new technologies. My internship and work at ITMO’s Children and Youth Computer Center also was very helpful, since without this experience I wouldn’t be able to use unconventional learning methods in my teaching process. The rules are much stricter in regular schools, while at the center I had some room for maneuver which helped me develop in the field of modern pedagogy.

What would be your advice to current ITMO students?

Make sure to visit the Student Office to learn about the ongoing events. I didn’t take enough interest in this back in my time, but when I actually got to a university event once, I instantly regretted not having done more of this earlier. Also, participate in an internship in your specialization and try to land an internship abroad, I think this will allow you to get a different look on your profession and your own self in general.

Working in school and independent projects

How did you move from design to teaching?

After university, I worked in design for a while but then realized that I’d enjoyed teaching kids at ITMO much more. There was real output there, and in general, this is much more interesting to me than creating websites and apps. That’s why after some time, I decided to start as a computer science teacher at a school. The first experience wasn’t very successful, I started in November and wanted to quit two months after, but was persuaded to stay till the end of the academic year. When I finally left, I had a thought that I’d never ever commit to that once again. I mulled it over for some time and then decided to give it another go, and it all worked out with the second school. Literally after a month’s worth of work, I took part in the national competition iTeacher and won. Parallel to that, I kept an active profile on social media: VK, Instagram, later YouTube, where I set up a blog. It was in this school that I also met Arina Nuriakhmetova, with whom I later founded the Geek Teachers project.

How did you come up with the idea of this project?

The idea of this project was born as a result of my working at school and the challenges associated with this kind of environment, the main of them being the fact that in Russia, lots of subjects, including computer science, are taught in a purely theoretical manner. Students just rewrite the information from their textbooks and perform some monotonous tasks which cannot possibly interest them and motivate them to learn. I think that the root of the problem is in the traditional conservative approach to teaching in Russian schools: teachers cannot catch up with students when it comes to new technologies and they just deny their existence to some extent. We, in our turn, show that there is no need to fight smartphones. All you need to do is to use them wisely and teach children that their smartphone can be a wonderful educational tool.

Initially, Arina and I ran webinars on social media: bit by bit, we assembled what we have now as a large project. We explained how to use the app for lessons, how to prepare review works and tests that wouldn’t take you all weekend to check. But the project came into its final form at the iTeacher contest by Rybakov Foundation, in which I’d already participated before. At the finals, we had to come up with a project: assemble a team, settle on the name and objectives. We met another teacher and together, from this contest task, created the foundation of Geek Teachers. Later we participated in other contests where we came up with Geek Teachers Fest – these events helped us bring ourselves together and produce the completed idea faster than we’d have done otherwise.

What educational formats do you use?

Workshops, webinars, lectures for teachers, and the Geek Teachers Fest.

Are all these events fee-based?

Initially, we positioned ourselves as a non-profit project. The plan was to get a grant from Rybakov Foundation and spend this money on free courses, but after a while, we realized that commercial projects offered more opportunities and independence. This is why all our courses and workshops are fee-based, while the festival is still uncommercial.

Why is it important to keep this part of the project free of charge?

This is an opportunity to get to know us better, entertain the teachers and show them all the advantages of studying with us. The format of Geek Teachers Fest is close to that of European music festivals: this is a mix of entertainment, dancing, glitter, costumes and serious workshops. We didn’t choose it randomly. Usually teachers are under a lot of stress and tension, they lack this rainbow of emotions, but many of them won’t just go on a fancy dress party. If it’s combined with professional training, though, the chances of that increase. And many people do come, we’ve already hosted the festivals in St. Petersburg, Vladivostok, Izhevsk, Yekaterinburg, Krasnoyarsk, and our latest event in St. Petersburg brought together as many as 1,500 participants.

In your opinion, how important is it to attract teachers to participate in such events?

This is the first question that people ask when they learn about our project. Among other things, all our festivals have certain themes, for example, a 1980s party’ or a Hawaiian party. I even sometimes hear people saying that we’re doing something weird, but this is who we are. We don’t want to be conservative and want our teachers to be as open-minded as we are.

Going back to commercial lectures. Are they purchased by schools?

No, it’s an individual choice of each teacher. We think that only the people who are motivated to learn should purchase the courses, because otherwise, it would seem as if the school bought the course and everyone is now forced to participate whether they want it or not. It’s possible that we come up with corporate programs one day, but not yet.

What plans do you have for the project’s future development?

We have loads of ideas, but we’re short of hands and time to implement them all. What we definitely want to do, though, is an online how-to course on hosting the festivals. We want every teacher to be able to organize something like what we do at their own school. This will be a simple algorithm to help make gatherings, assemblies, small festivals more interesting. This would allow us to create a country-wide Geek Teachers community of our followers and ambassadors.

Another aspect is our Class Revamp show. This summer, my colleague and I visited different Russian cities and renovated lots of classrooms, which were chosen on a competitive basis. We documented the whole process on camera and uploaded it to YouTube. The idea was to demonstrate that it doesn’t take lots of time and money to make the learning environment modern and comfortable. Now we want to learn in detail about how such shows are done, launch the second season and make it popular.

Do you think that your project affects the educational system in the country?

Yes, despite the fact that the system at large is a gigantic, unwieldy mechanism that has no prospect of a root-and-branch change in the following years. In my opinion, we can influence the world of education through pinpoint actions. A good example is the massive amounts of paperwork that schools teachers face on a daily basis, which could be minimized by the use of special apps for organizing tests and exams. Our task is to help school teachers fight their fear of new technologies in education in order to make their work and children’s educational process more interesting and enjoyable.