Wanderlust getting you down? Here are some virtual tours to explore the world from your home, for free! 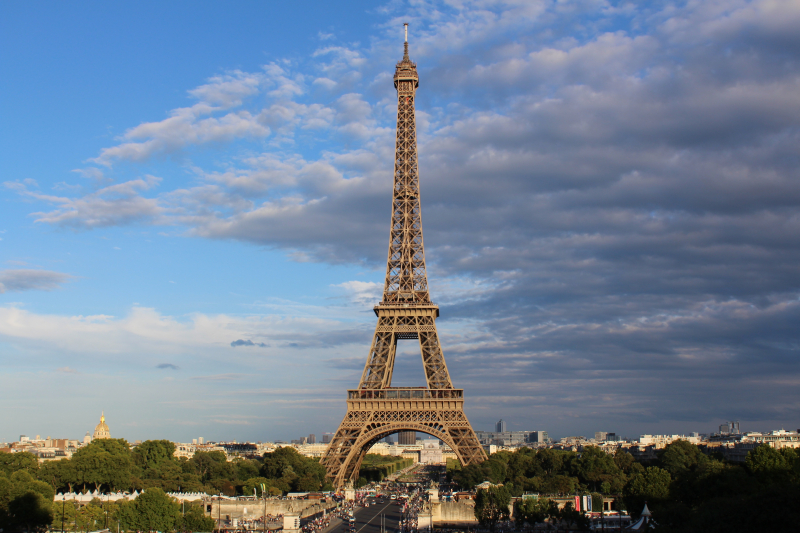 The Eiffel Tower was built by Gustave Eiffel for the 1889 Exposition Universelle, which was to celebrate the 100th year anniversary of the French Revolution. A proud 324 meters in height, La Dame de Fer, as the French call it, is now one of the world’s most visited monuments – available to explore from home thanks to this interactive tour by Google Maps, featuring a 360-degree panoramic view of Paris and immersive exhibitions on how the iconic tower came into being.

Fancy a little cool-down? Explore the majestic glaciers, fjords, and icebergs of the Alaskan wilderness through this extensive and immersive tour of the Kenai Fjords National Park. Climb into an icy crevasse, kayak through the imposing icebergs, and even see the effects that climate change has on this frozen territory. The tour is part of a collaboration between Google Arts & Culture and the US National Parks Service, which includes five top-notch guided tours ranging from the stunning Hawai’i Volcanoes National Park to the grandiose Bryce Canyon National Park in Utah (where you can even take a virtual horseback ride) and much more.

Built during the Fourth Dynasty of the Old Kingdom of Ancient Egypt and shrouded in many mysteries, the Giza pyramid complex includes the Great Pyramid of Giza, the Pyramid of Khafre, and the Pyramid of Menkaure, along with their associated pyramid complexes and the Great Sphinx of Giza. Explore these ancient monuments, dive into their history, learn about their structural features, and marvel at the breathtaking desert panoramas with this interactive tour. And if this hasn’t quite quenched your thirst for knowledge, here are five other virtual tours of Egyptian heritage sites, a vast collection of resources of Harvard University’s The Giza Project, as well as a 360-degree walk-through video of the great pyramids of Egypt.

A historical and archaeological city in southern Jordan, Petra – “the city of stone” – dates back to 2,000 years ago, when it was built by the Nabataeans, an ancient Arab nomadic people who invested in Petra’s proximity to the trade routes by establishing it as a major regional trading hub. Bearing witness to its inhabitants’ wealth, the city’s majestic rose-colored facades can be glimpsed in such films as The Mummy Returns and Indiana Jones and the Last Crusade. This online tour includes a narrated interactive walk around some of Petra’s most iconic monuments, featuring fascinating tidbits and stunning views.

Angkor Wat – “the city of temples” in the Khmer language – is an immense temple complex in Cambodia and the largest religious monument in the world, measuring to 162.6 hectares (1,626,000 square meters). Built by the Khmer king Suryavarman II in the early 12th century as a dedication to the Hindu god Vishnu, by the end of the century it gradually transformed into a Buddhist place of worship, one that is functioning up to this day. Apart from the vast Angkor Wat itself, this virtual tour spans other temples of Angkor: the majestic Banteay Srei, built in radiant rose-pink sandstone; the mysterious lost temple of Beng Mealea; and Ta Prohm, a mystical tree-covered temple that was the location for Lara Croft: Tomb Raider. Also, travel back to the past to see how the city of Angkor lived and breathed in the 13th century with the fantastic Virtual Angkor project.