ITMO University graduate Valentin Melnikov got into high-performance computing during his Master’s program run by ITMO in collaboration with the University of Amsterdam. He started his research with the question of how power cuts influence the traffic situation in Amsterdam. Thanks to ITMO University’s partnership with the University of Amsterdam, the graduate was invited to the Nanyang Technological University to work in the laboratory headed by Professor Peter Sloot who teaches at all three aforementioned universities. While in Singapore, Valentin is developing an infrastructure model which would help create a comfortable urban space in extremely hot and humid climate conditions. ITMO.NEWS met the graduate to talk about his research. 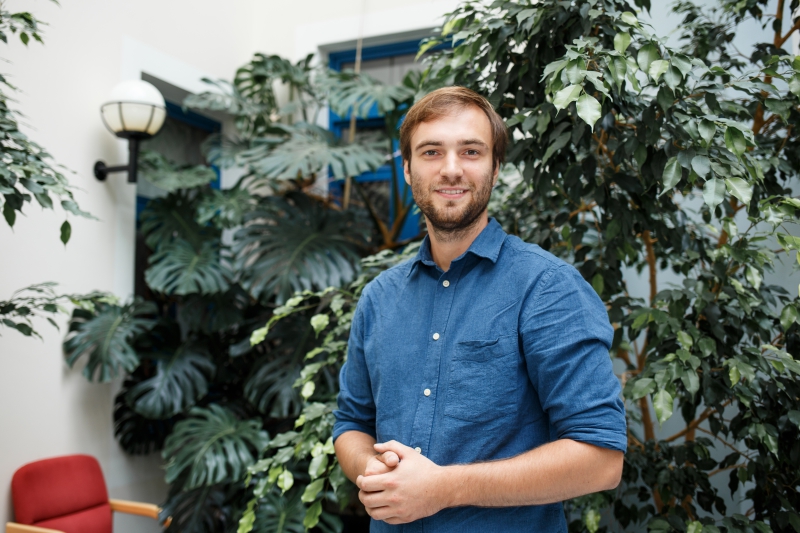 Last year, the universities signed an agreement that prolonged their collaboration to 2022, with the joint Master’s program being in the center of the five-year cooperation plan. Program graduates are awarded two different diplomas, one Russian and another European. Students are selected on a competitive basis from those admitted to the High-Performance Computing Department. Valentin Melnikov graduated from the program in 2016. Over the course of his Master’s studies, he conducted research on the distribution of traffic flows during Amsterdam blackouts. Now the ITMO alumnus is continuing working in this field.

Valentin’s main research goal is to identify how power cuts influence the traffic flows, as well as which elements of city infrastructure should be made autonomous in order to minimize the consequences of a blackout for city dwellers. He established that autonomizing traffic lights could be very beneficious.

“Malfunctions in the city’s traffic system lead to other systems crashing down: ambulances can’t reach the sick, police can’t make it to crime scenes, people can’t arrive at work. This has serious implications in terms of life support, security, and economy. That’s why in our research we focus on developing models that project which and how many elements of infrastructure, for example, traffic lights, should be made autonomous in order to maintain the normal traffic flow during blackouts,” explains Valentin Melnikov.

These models are based on real data obtained in the aftermath of the March 2015 Amsterdam blackout which wreaked havoc in the whole province of North Holland. Because of the power cuts that lasted around three hours, the Dutch international airport of Schiphol, which ranks among the top-5 biggest airports in Europe, had to cancel numerous flights, also transferring a number of flights to other airports. The data depicting this traffic breakdown was gathered from detectors and sensors which had already been set up in Amsterdam.

Scientists started by analyzing the information on how many people switched from public transport to cars, creating additional traffic disturbances, and how that impacted the overall traffic flow. They then used these findings to create a computer model of the event. The model was based on the agent-based modeling method, which factors in the behavior of each traffic system unit: there are more than 500,000 cars driving around Amsterdam and its surroundings daily.

The obtained model closely mimicked the traffic situation during the 2015 blackout. This means that it can be used for forecasting any future transport system crises, as well as for projecting how autonomous traffic lights would influence the traffic capacity of city roads.

Now Valentin Melnikov has temporarily returned to ITMO University to complete his research project. By modeling different scenarios for distribution of autonomous infrastructure elements throughout the city, the ITMO graduate plans to discover how the different combinations and amounts of these elements impact the stability of the transport system. He is also preparing a research paper unveiling his findings.

“Although our research is based on the example of the Amsterdam blackout, we plan on making our model universal, you’ll just need to fill in the city-specific data. These simulations can help city authorities make correct decisions on city planning. Our model is a great example of how researchers could use data drawn from real-life situations to improve urban environments,” comments Valentin Melnikov.

For two years now, Valentin Melnikov has been working as a research associate at the Nanyang Technological University (the NTU). His scientific advisor is Prof. Peter Sloot, Co-Director of the Complexity Institute Department at the NTU, who invited him to join the research group working on a project aimed at forming comfortable urban spaces in cities with hot and humid climates.

The project is conducted in collaboration with the Swiss Federal Institute of Technology in Zurich (ETH Zurich) and encompasses researchers from different fields such as architecture, design, urban science, big data analysis, computer modeling, and so on. The problem the project is attempting to solve is that heat makes Singapore a rather disagreeable place to live in as people can’t spend much time outside doing what they like. In other words, they are not as happy as they would be were it not for the heat. That’s why the government plans to design new buildings and public places that are comfortable for the citizens.

“We have just started working on this project. Now we’re trying to find out what climate is pleasant for most people and what should be changed to make life in the city more enjoyable. We want to design a platform that will collect and analyse data about pedestrians: what kind of physiology they have, what clothes they wear, how they feel in different temperatures, and how soon they want to leave a hot place,” shares Valentin Melnikov.

What makes this project particularly challenging is that the notion of comfort differs from person to person. That’s why researchers conduct surveys, asking people about how they feel and looking at what they are wearing. At the same time, they measure weather conditions at the survey site using portable weather stations.

Research work at the NTU

The NTU is rated among the top 15 universities in the world, and the government invests a great deal in the development of higher education. If you want to get a PhD degree there, you have to conduct a research project for four years. During the first half a year, you have both field-specific and general courses such as pedagogy, and time-management. Then you set your research goals and present your research project to the university commission. It is important to note that all the researchers are free to choose what exactly they want to work on within their research area.

“For example, I wanted to study agent-based modeling, rather than high-level models. But the reverse side of the coin is that to have this freedom you have to be able to work independently and have good research skills. The NTU is engaged in collaboration with many renowned universities worldwide; a lot of researchers work 24/7. On the one hand, it is a bit crazy, but on the other, it means that they really love what they do and that’s how it should be,” says Valentin Melnikov.

He also added that the research teams at the NTU are all international, and it takes time to get used to working in such a multicultural environment, but at the same time it’s much more exciting this way.