Wild Potato for the Welfare of Cultivated Vegetables

Mechanisms of interaction between microorganisms and plants, for instance, symbiosis of bacteria and vegetables, are a poorly researched field. Making a breakthrough can lead to new technologies of food storage. The specialists of International Research Center "Biotechnologies of the Third Millennium" study this issue in order to develop anti-parasitic medications. This year Romain Darriaut, Master’s student from Sup’Biotech University, joined the research group. 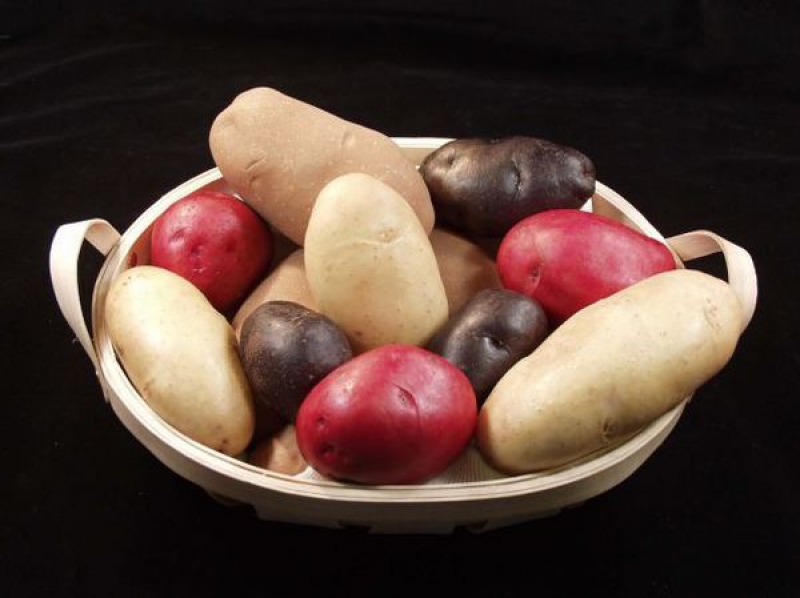 Usually interaction of plants and bacteria leads to diseases that provoke harvest failures or make vegetables rot very fast when they are in warehouses. However plants can "be friends" with microorganisms. Romain Darriaut studied such microorganisms at ITMO.

Such a research is necessary to find microorganisms that "collaborate" with plants and then use them as components of biopharmaceuticals for harvest storage. Romain Darriaut studied bacteria living in symbiosis with wild potatoes.

"It is very important to detect what microbes help potato fight against causal fungus. I looked for strains of microorganisms that can assist in creating medications. Both scientists and pharma companies can use these results. However developing effective biopharmaceuticals takes at least two years, as it is necessary to test them by storing potatoes for a long time," said the student.

Why did researchers use wild potatoes grown in a region of Andes, which has harsh climatic conditions? The reason is that such a potato is resistant to environmental conditions. Romain studied how the microflora responsible for its endurance can be applied to cultivated potatoes.

According to Elena Kiprushkina, who supervised Romain’s research, this is a unique project. To receive this type of potato, the student used facilities of N.I. Vavilov Research Institute of Plant Genetic Resources (VIR), which is one of the largest plant genetic resources in the world.

"Romain worked in a research team together with other Master’s students. They found out 155 strains of symbiotic bacteria. Some of them positively affected hormone growth. Other strains stopped the growth of this hormone. They can be used to stop potato sprouting when the vegetables are in warehouses," said Ms. Kiprushkina.

Romain Darriaut spent six months at ITMO University. He was always interested in Russia because his mother is Russian. When he knew that ITMO and Sup'Biotech are partner universities, he decided to use this opportunity to continue his studies in St. Petersburg and at the same time upgrade his language skills in Russian and English.

"I had no difficulties while working in the labs. But sometimes it was difficult to discuss research methods and other details due to a language barrier. It would be very useful if any student, who studies here at Russian language preparatory courses, assisted international students in communication at least for a time. My colleagues from the center helped me a lot with interacting with researchers and also shared some lifehacks related to living in Russia," said the student.

As of now Romain continues following a Master’s program in France. In future he wants to be a researcher and may be come back to ITMO to receive a PhD degree.