The coating is based on active substances, in particular, bone morphogenetic protein 2 (BMP-2), loaded into the titania layer and modified by polypyrrole. If this coating is fabricated on the implant surface, it is possible to accelerate the injury recovery and to control this process using infrared radiation (IR). 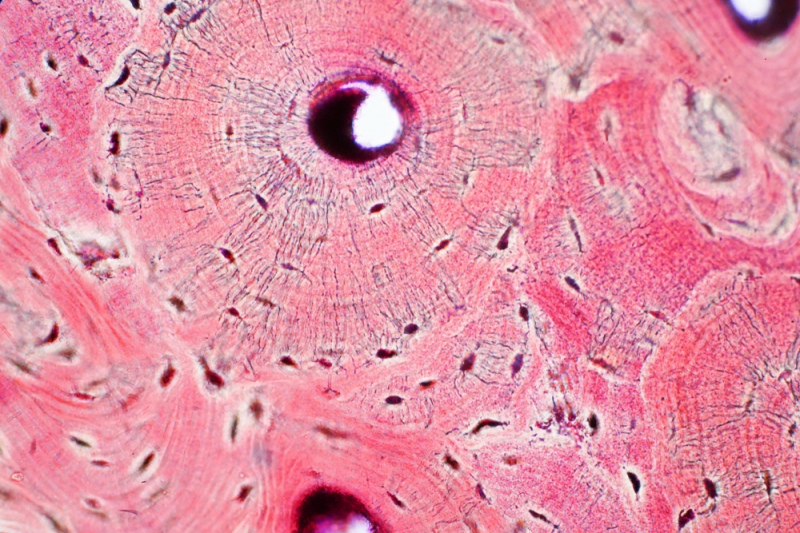 Scientists around the world are actively working on systems for targeted delivery of drugs directly to the site of injury. This allows for effective use of lower dosages of the injected drug, reducing the impact on the liver and kidneys. The patient does not need to worry about dosages and medication schedules. Moreover, it is much easier to prevent or suppress inflammation at an early stage.

“I want to create such a coating that besides stimulating osteogenesis, would have additional functions, for example, antibacterial, or, as in our case, stimulate cell differentiation towards the formation of bone tissue,” says Svetlana Ulasevich, associate professor at ITMO University’s Infochemistry Scientific Center. “In our work, we propose a new hybrid thermosensitive system consisted of a polypyrrole layer, a porous titania layer and bone morphogenetic protein (BMP-2), which can affect the formation of bone and cartilage.”

The researchers succeeded in developing a new fast and effective approach to the modification of titanium surfaces using ultrasound and to the formation of a porous oxide coating for loading bioactive molecules. The developed functional coatings are effective for storing BMP-2 and releasing BMP-2 when exposed to IR.

“It has also been found capable of local delivery and gradual release (up to 25 days) of BMP-2 for regulated cell growth. Moreover, the fabricated surfaces have excellent biocompatibility with MC3T3-E1 preosteoblast cells. It was proved that the released BMP-2 promotes cell differentiation towards bone formation. We also conducted several experiments with local release of the substance,” notes Svetlana Ulasevich.

An additional advantage of the new coating is the possibility of its activation by external factors, such as infrared radiation. Thus, it is possible to control the behavior of the drug in the human body and to accelerate the onset of action, if necessary. The new hybrid stimulus-responsive system holds promise for targeted, localized, sustained release of drugs and the development of bone replacement systems.

“We chose infrared radiation because it is easy to use and it can penetrate up to twenty centimeters deep into the human body,” says Svetlana Ulasevich. “As a layer that reacts to temperature, we used polypyrrole, which can change its physicochemical properties in response to light. These changes in polypyrrole will regulate the release of BMP-2, which will promote bone tissue formation. Thus, we obtained a porous titania layer by sonochemical processing of titanium, into which BMP-2 was loaded. Then, a coating of polypyrrole and poly(sodium 4-styrenesulfonate) was applied over the titania layer. It is assumed that under the influence of infrared radiation, the physicochemical properties of the hybrid coating will change and the substance will be released.”

Thus, the substance trapped inside the pores will be released when physicians signal it to do so by shining infrared light on the material, invisible and harmless to the patient.

The scientists have investigated in vitro the possibility of local release of BMP-2 protein from a new functional coating using preosteoblast MC3T3-E1 cell cultures.

“We studied the growth of cells in a sample with cut out geometric defects. The sample surface was sonochemically modified and the BMP-2 protein was loaded into the pores, and then modified with polyelectrolytes. One of the triangle corners was irradiated with a focused IR beam, thus causing a local release of the protein from the pores of the coating. At the site of irradiation, the cells grew more intensively than in the non-irradiated areas,” comments Svetlana Ulasevich.

As the authors of the work emphasize, the developed coating can potentially be used not only as an osteoinductive (promoting the formation of bone tissue) layer on implants but also as means to control the process of cell behavior in the laboratory. By selecting the system and the cell line, it is possible with the help of the created coating to locally release from the pores a substance that promotes cell differentiation and to grow two different types of cells simultaneously on the surface of one container.

The paper is published in Advanced Materials Interfaces. The research is carried out within the framework of the Russian Science Foundation grant No. 19-79-10244.